WhatsApp Will Roll Out the Disappearing Messages Feature This Month 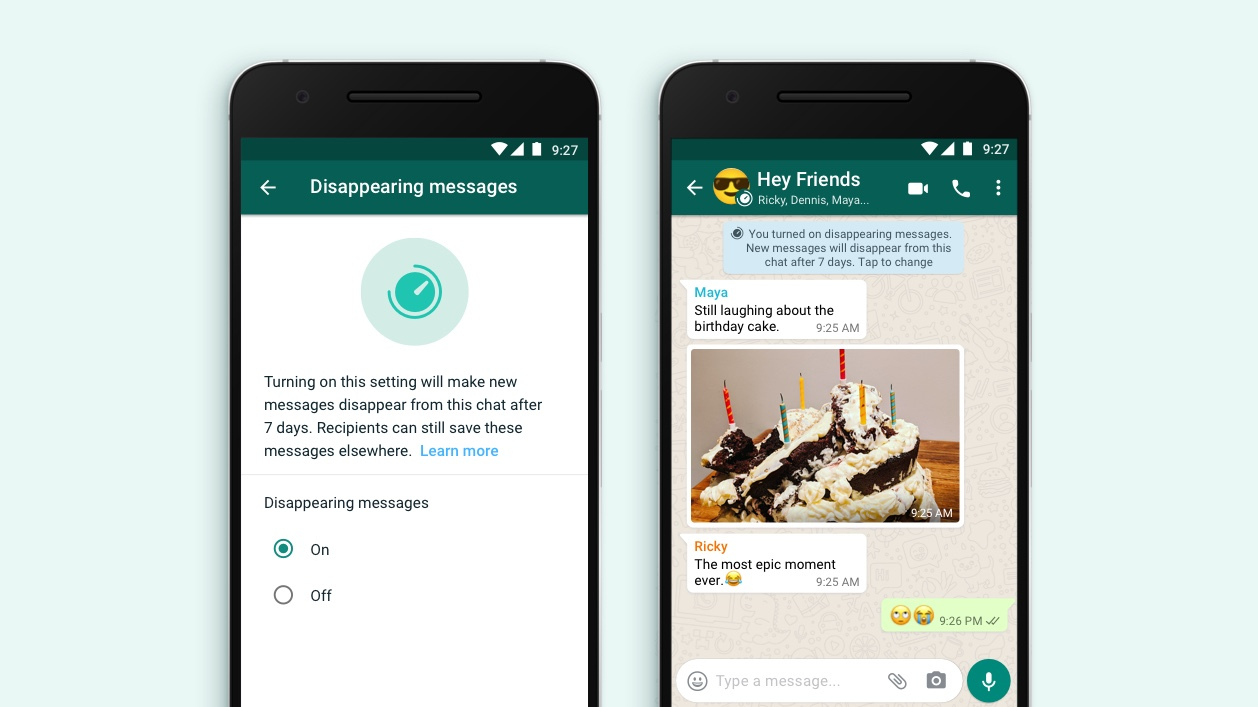 WhatsApp recently detailed the disappearing message feature and how it is going to work. However, there was no ETA on when the update is going to roll out at that time. They have announced today that the feature is going global later this month and will be available to all WhatsApp users on the various platforms that WhatsApp is running on.

If you don't already know, the feature will work on messages, images, GIFs, and videos, and when turned on, the messages will disappear on their own after 7 days.

The feature has been in development for some time, but the implementation of this feature is still something that I cannot wrap my head around. For starters, the messages will disappear after 7 days, but 7 days are a lot for most people, and if you want something to disappear earlier, you should be given a choice.

However, WhatsApp did justify this decision by announcing on the Facebook Newsroom post, and this is the statement made by WhatsApp.

We’re starting with seven days because we think it offers peace of mind that conversations aren’t permanent, while remaining practical so you don’t forget what you were chatting about. The shopping list or store address you received a few days ago will be there while you need it, and then disappear after you don’t.

Once the feature starts rolling out, the users will see the new "Disappearing Messages" setting in the app. Once you enable the feature, it will allow everyone to share disappearing messages, images, videos, GIFs, and individual chats. The feature will be available to either of the user. However, in group chats, only the admins will have the option to turn on or off the feature.

Sadly, there are no security measures at the time of writing to prevent users from saving the content of the disappearing messages or simply take the screenshots before the messages actually disappear. What's strange is that the recipients will also forward the disappearing messages, and the sender will not be alerted. Similarly, if you have downloaded content, it will not disappear after 7 days, which makes the inclusion of this feature all the strange.

Will you be using this feature once it finally launches? Let us know what you think of this implementation.