WhatsApp For iPhone 5 To Be Released Very Soon

Less than a month has passed since Apple announced iPhone 5 and the fifth generation iPod touch. A lot of apps have already been updated so that they are compatible with the longer screen of iPhone 5. WhatsApp for iPhone 5 is still not available in the iTunes App Store, however that is about to change in the very near future.

There are confirmed reports that WhatsApp for iPhone 5 will indeed be released very soon. To further cement this fact, a beta tester of this app called Robert Webbe, has posted a screen shot of the updated app on his Twitter account. WhatsApp is one of the most popular apps for the iPhone and I am quite sure that iPhone 5 owners are anxiously awaiting its release. 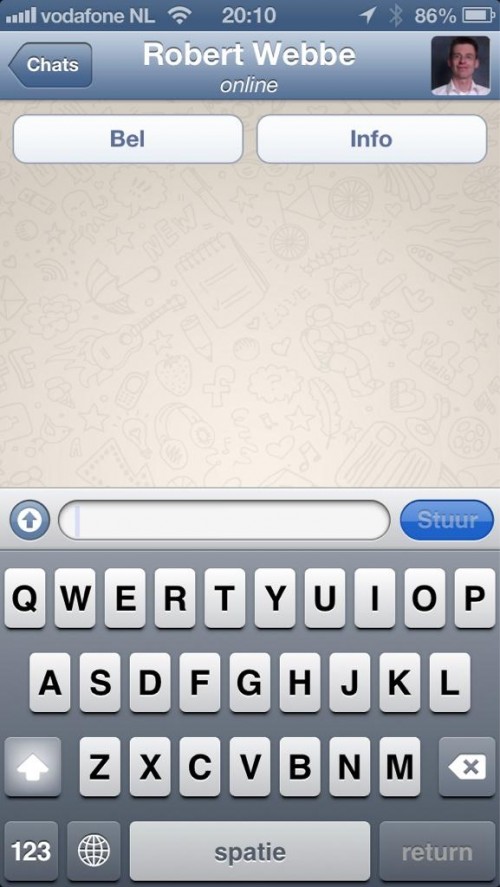 Apple introduced its own messaging service dubbed iMessage with iOS 5.0. It has proved to be a moderate success up till now, the occasional service outages notwithstanding. However it has not been able to cope up with WhatsApp which is undoubtedly one of the most widely used IM service on a variety of clients. The reason why WhatsApp is so popular is because it is available for a plethora of platforms and it supports free cross platform messaging and a lot more. iMessage on the other hand is limited to iOS and Mac OS devices. 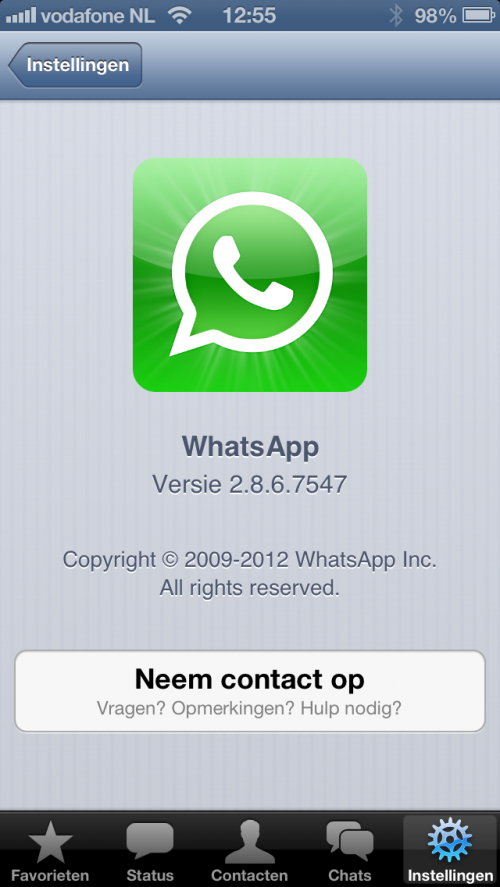 Several builds of WhatsApp for iPhone 5 have already been seeded to beta testers. On the face of it the new version does not come with any major features that have previously not been there. It looks like this update will merely optimize the app for iPhone 5 and its 4 inch 1136 x 640 resolution touting Retina Display. The graphics don't seem to suggest that but given the fact that beta testers are being used, its a subtle hint that some new features might be making their way in this new update else there won't be any need to use beta testers.