The official iPhone 5 announcement has finally been made and the dust has at last settled. We now know what the device really looks like, what it really has on the inside and when it is going to be available. I'm glad that finally we don't have to deal with new iPhone rumors.

What's important now is the fact that this device is shipping merely nine days after the announcement. Apple will allow customers to preorder iPhone 5 from September 14 onwards whereas shipments will begin from September 21. 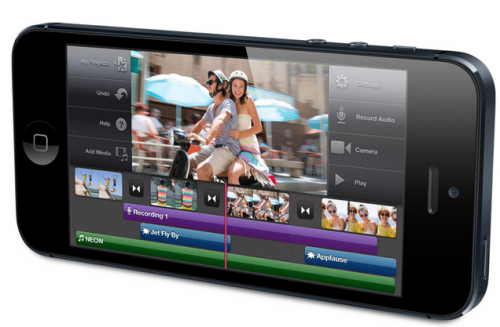 The iPhone 5 comes after us having to bear a plethora of rumors and information leaks. Surprisingly most of the rumors were correct this time around, meaning that Apple's supply chain had a lot of leaks, something which was quite constrained during the Steve Jobs era. Comparative analysis aside though, the iPhone 5 is just what we thought it might be.

In a nutshell, there's a 4 inch Retina Display, A6 processor, 8 megapixel camera, smaller dock connector, nano SIM support and 4G LTE. The back cover is no longer glass as it has been replaced by brushed aluminium on white iPhone 5 and anodized aluminium on black iPhone 5. Battery time has been improved. The iPhone 5 is 18% thinner and 20% than its predecessor. The best part is that Apple has retained all previous price points of the iPhone 4S.

iPhone 5 16GB, 32GB, and 64GB models cost $199, $299, and $399 respectively. These prices are only available with a two-year contract from AT&T, Verizon or Sprint in the USA. Apple is yet to announce prices for factory unlocked iPhone 5, though if these price points are retained, then I'm quite the factory unlocked ones will cost $499, $599 and $699 respectively.

Starting from September 14 residents of United States, Canada, UK, France, Germany, Australia, Japan, Hong Kong and Singapore can start to preorder iPhone 5. Shipments to these locations will commence from September 21. The iPhone 5 will be launched in more countries on September 28. Apple hopes to launch its latest smartphone in around 100 countries by the end of December. So, who's getting one?