Yep, you read that right! According to Form 8K filed with SEC, Facebook is buying WhatsApp, the crazily popular cross-platform messaging app, for $16 according. This deal will also see WhatsApp's founder Jan Koum joining Facebook's board of directors. 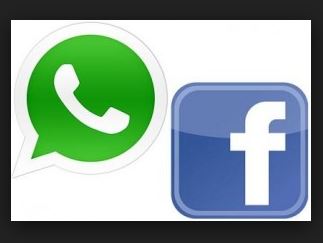 The details mention that Facebook will pay $4 billion in cash, while the remaining $12 billion will be paid in Facebook stock. WhatsApp founders and employees will also be granted an additional $3 billion in restricted stock units which will vest over next four years after the deal closes.

With a ever growing user base of over 450 million people with a growth rate of 1 million new registered users every day, WhatsApp is currently one of the most popular cross-platform messaging apps. The app is one of the few having almost 70% of registered users signing in to use the app every single day!

In April 2013, it was rumored that Google was about to acquire the company for $1 billion, which was later denied by WhatsApp. Seems like company's crazy growth did end up attracting its sale. The current price of $16 billion reflects the growth that this messaging app has gone through in the past few months. WhatsApp is currently 35th most popular app on App Store.

Facebook WhatsApp deal is confirmed as Facebook announced today it has reached an agreement to acquire WhatsApp to a total of approximately $16 billion. However, details on the WhatsApp services or its integration with Facebook app isn't yet disclosed.