WhatsApp is one of the most popular internet messaging out there and it has earned its adoption through the integration of most demanded features. Facebook is not shy when it comes to introducing something new in its platforms and the same can be said about WhatsApp. The company is now potentially planning to add a feature which will allow the app to share Status across Facebook, Instagram or other apps. Let's dive in to see some more details on the matter.

Initially, WhatsApp Status was inspired by Instagram and Instagram blatantly ripped the feature from Snapchat Stories. WhatsApp Status stays live for 24 hours from the moment it was uploaded. While the company is planning to share Status to Facebook or other apps, it will not directly link with your account. So how will users be able to share their Status on Facebook or other apps with linking their accounts?

WhatsApp will use data sharing APIs on iOS and Android, so even if you share your Status on Facebook, it will not be linked to your account and will count as a separate event. With that said, WhatsApp's new Status sharing feature will not share any data with Facebook. 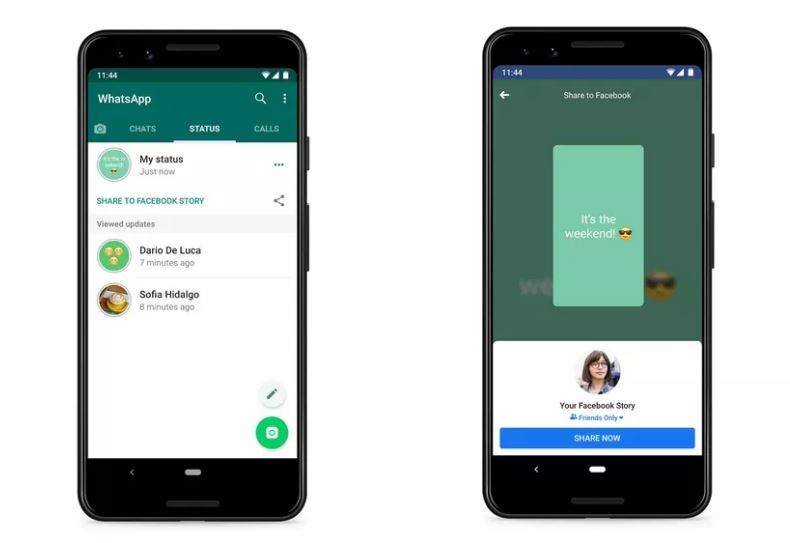 Facebook acquired WhatsApp back in 2014 and the company promised that no user data will be shared with Facebook. However, the European Commission fined $122 million for misleading regulators before the acquisition in 2014.

WhatsApp Status was launched in 2017 and the feature gained a plethora of attraction. The service is used by over 500 million users daily. There will be more to the story, so be sure to stay tuned in for more details on the matter.

This is all for now, folks. What are your thoughts on the matter? Do you think to share WhatsApp Status to Facebook is a neat idea considering Stories on Facebook did not get the same hype that the company has hoped for? Let us know in the comments.