Recently, the official Material Design changes to WhatsApp went live on Google Play Store for Android users and what we heard today is as much of a treat. WhatsApp gets a new beta today that features quite a lot which we will be telling you later on. So WhatsApp looks in bit of a hurry judging by the updates and betas being released. 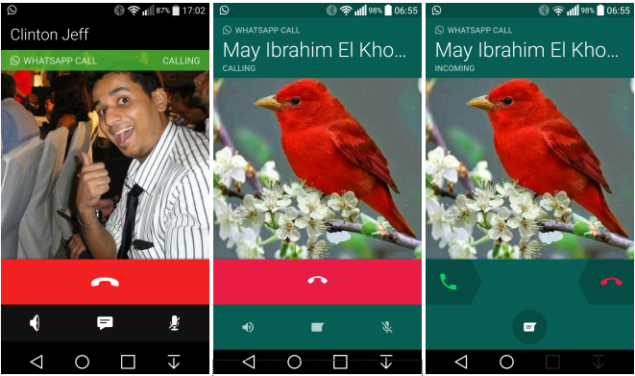 So  what other changes has the WhatsApp team made to the new beta? Is it better? It sure is because the Material Design have been implemented to a whole new level along with a revamped Call interface. The beta has a build number of 2.12.87 and can be downloaded via the service's site as well as APK Mirror. But before that, better read the details to it.

Some of the major changes include the color in the call side. The color has shifted from the green on top and red on bottom for hanging up to the dark green. The user interface looks more sophisticated this way and definitely does not looks like a child's play. On the plus side, the caller ID or callers name will be displayed in a bigger font which is more easy on the eyes. However, icons remain small and placed for easy access. 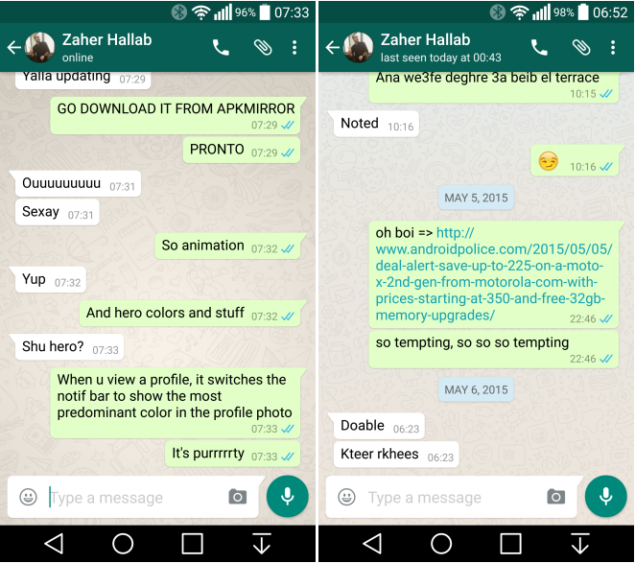 Now the all favorite wallpaper novelty. The previous wallpaper with an off-white tone did not flush in quite well with an overall WhatsApp theme. So the new WhatsApp beta brings a new wallpaper in chat background that is more subyle and kind of fits right in. The outlines are now more visible in the wallpaper background. Now you'll be chatting in a whole new revamped layout for a change. This is big for some, including me. 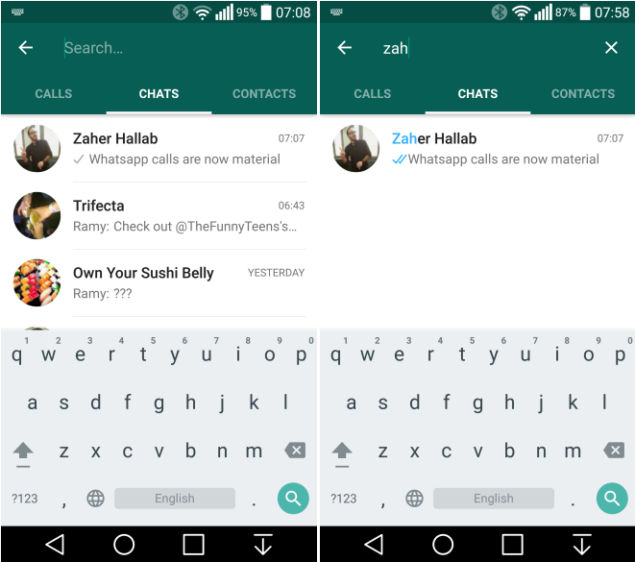 The weird looking icons in options have finally vanished. They were no good anyway. In addition to this a semi-transparent search bar has never looked so beautiful and modernized. The search now follows your letter with a highlight on the results. The white line under search option has also disappeared, giving it a more refined look. Other changes include the 'Last Seen' status sentence has been played with and you will definitely like it when you check out. As for now, you can download WhatsApp 2.12.87 from APK Mirror and service's own website. Make sure you give your thoughts in the comments below.