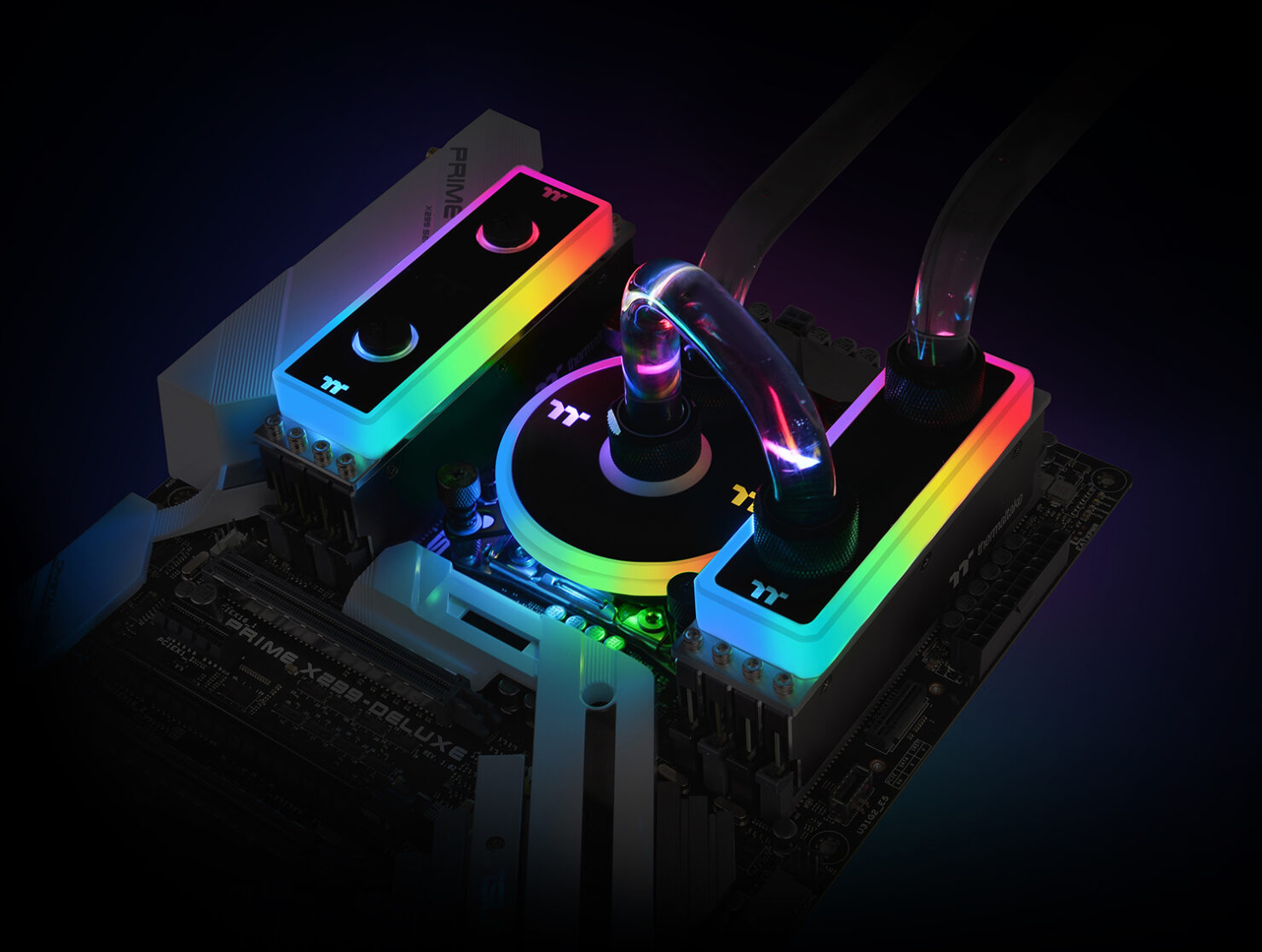 When I visited Thermaltake at CES and they asked if I wanted to check out their WaterRam I wasn't quite expecting what they showed us.  I had honestly expected to see some version of last years ADATA Jellyfish Memory with those tubes of water in the RGB diffuser.  But instead what we got was legitimate water cooled memory.  The DIMMS were solid with a nice heatspreader on them so you could easily use them under air cooling conditions as you prepare your system for full water.  The blocks attach to the tops of the memory heatspreaders through allen keyed screws.  These screw holes were spaced out and slotted so that they can accommodate many motherboard configurations, Thermaltake claimed they had not found a motherboard where the waterblock had not been able to be installed.  This is a concern as some boards place their memory at different spacing.

Something else that was discussed was the idea of shipping in 4 DIMM packs regardless of capacity.  So much like what AORUS started and others have started following with the idea of Dummy DIMMS.  For some reason the term Cosmetic DIMMS just sounds less cheesy to me.  Either way we've included what the company had to say about their WaterRam including the specs they've laid out so far.  Let us know what you think about a kit like this one the market now, too much hassle or welcome it to the party?