What is Nas? What is San? – Newbie Friendly Guide 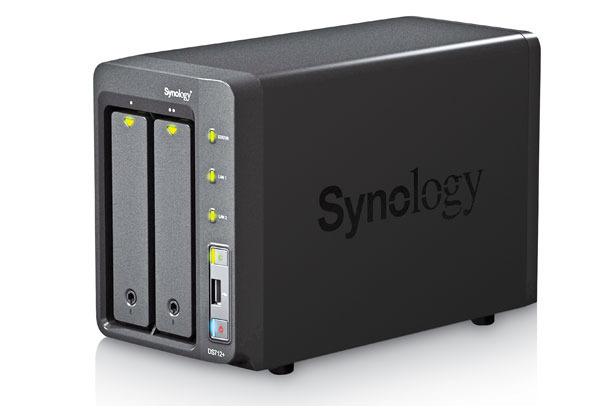 What is NAS (Network Attached Storage) and what is SAN (Storage Area Networks) is perhaps one of the most common tech questions asked on the internet. So much intact that we decided to make a guide about it, covering the basic F.A.Qs about SAN and NAS along with buyers hints.

What is NAS (Network Attached Storage)

The NAS or Network Attached Storage are basically servers with decent storage capabilities on their barest form. They come in compact looking box-shaped design, have their own Microprocessor and even Ram. They require no Monitor or keyboard or mouse, heck they even come packaged with their own embedded Operating Systems (Most NAS devices can run Windows Server and other Server OS too). They are mostly configured over the browser and given their own IP.

Since they have their own processing capabilities, during transfer of data over the network applications do not have to compete for processor resources and thus are executed more efficiently.

F.A.Q 2: So what’s the point?  Why not just get a real server?
Ans:. – Simply put it gives all the power of a server and more with almost no Networking Experience required. So when you are asked What is Nas? Think server but multiple times more cool.

The thing about NAS devices is that unlike a server they offer extreme compactness and flexibility at relatively no cost. Anyone who has set up a true server setup knows what kind of a heckle it is getting them up and running. NAS Devices are almost Plug and Play, install once and forget about them. In terms of upgradability they offer easy storage expansion options with Tape, disk and even hard disk expansion slots. Most Network Attached Storage devices come prebuilt with a RAID setup (that’s combining two or more HDDs to create a lightning fast storage medium) reducing the effective bottleneck next to nothing. The capacity of these mini-servers range from 2 GB till around 50 Terrabytes!

If it wasn’t obvious NAS Devices have the capability to act as servers since they employ the TCP/IP protocols themselves.  If you ever run out of space or need more power all you have to do is add more NAS Devices (although they will act independently.) 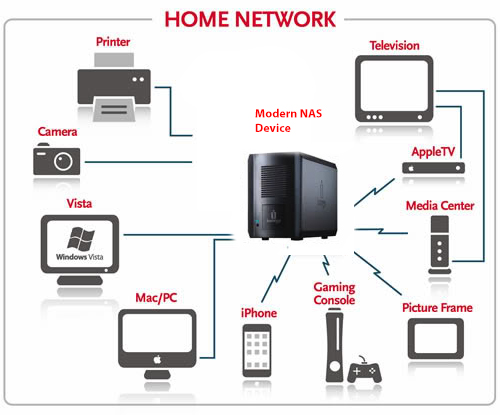 F.A.Q 3: What is NAS > What can i use NAS for?
Ans: The NAS was originally targeted towards small business owners/schools with negligible IT support to provide them with a competitive IT solution. However if you want to use one at your home it has uses their too. The NAS acts as a Local Drive over the network. If you have multiple computers, you can drop, download large files directly into the NAS and play/load them from there. And that’s just of out of the top of my head.

What is SAN (Storage Area Network) ?

F.A.Q 4: What is San?
Ans: SAN or Storage Area Network is possibly the exact opposite yet almost the same thing as NAS. Confused? You should be, lets just say this, if NAS is the sleek hybrid car, the SAN is the American muscle. 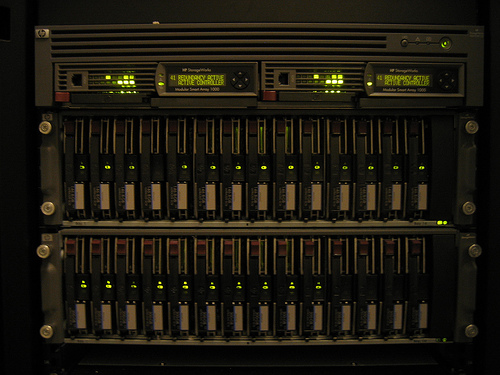 Unlike a NAS the SAN or Storage Area Network does require existing networking knowledge, they consist of High End Servers, Multiple Disk Arrays and interwoven Fiber Optic connections. Needless to say not everyone can set them up. Their job is to provide a High-End internal-network storage solution for large to medium sized networks. Unlike the NAS which uses the HTTP and TCP/IP protocols the SAN uses the Fiber Optic directly. They employ low level network protocols to transferring disk blocks.

If you are an aspiring network administrator and are still saying ‘Huh, what is san’? then the San setup is probably not for you, and you should probably go for a cluster of NAS Devices. If you are still with me, I will delve a little further into the dirty details of ‘what is san’.

Most SANs use the Fibre Channel Technology as compared to IBM’s ESCON Technology. Standards for Fibre Channel are specified by the Fibre Channel Physical and Signalling standard, and the ANSI X3.230-1994, which is also ISO 14165-1. These SAN can be spread over 10s of Kilometers or as near is a few meters. The SAN has the ability to interact with  Processing Clusters highly efficiently and also interconnect Sub-Networks and Other SANs.

Most modern SANs have the ability to incorporate NAS devices.

-Find out if you actually need a NAS Device in your home. (Generally speaking if you have 5 or more pcs in your house then NAS is a viable choice)
-Go for the NAS Device which offers expandable hard drive options.
-Do your research before you go, there is so much variance within prices of similar performance that you wouldn’t believe
- If you are on the market for NAS for business purposes, give higher priority to a large storage NAS then multiple NAS Devices. (since you will need to configure 2 networks otherwise)
-Test NAS using this tool.

Some Notable NAS devices on the market: 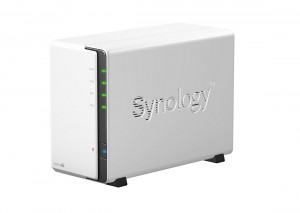 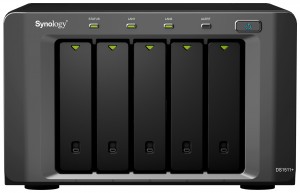 This is the best option for medium sized business. It is packed to the brim with features, offers a spanking 45 TB of storage space with speedy access. The only downside in this otherwise perfect combo is the 1 gb or ram. 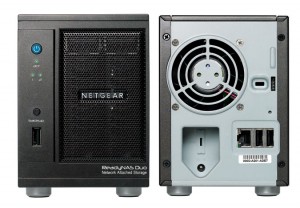 An entry level NAS Device with excellent performance but slightly poor software solution. Is a good choice for starters.

So by now hopefully we have satisfactorily explained what is nas and what is san. The crucial point of the matter remains however, whatever your choice, if any, choose intelligently.