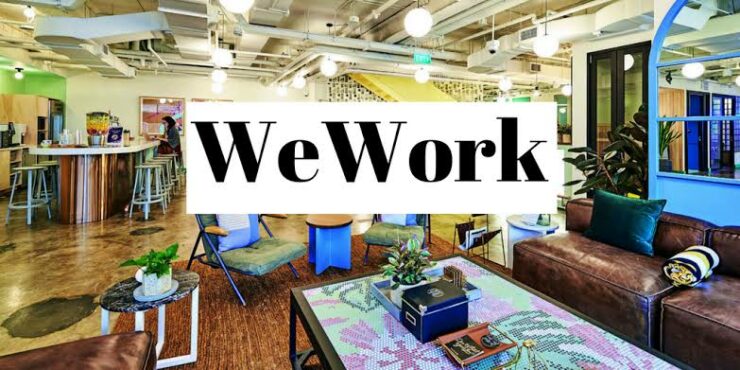 Every week seems to herald a new twist in the Sisyphean soap opera that best characterizes the current state of affairs at WeWork, the company that specializes in the provision of shared workspaces. According to multiple reports that emerged on Sunday, a group of WeWork directors is planning to force the company’s CEO, Adam Neumann, to relinquish his current post. This rebellion within the board of directors apparently has the backing of the company’s largest investor, the Softbank Group Corp (TYO:9984). These reports follow a turbulent week for the embattled company in which it was forced to postpone its much-anticipated IPO over the growing investor skepticism related to the financial viability of the company. The situation only deteriorated as an expose in the Wall Street Journal revealed that Adam Neumann was once forced to reschedule a trip via a private plane when the crew found marijuana stashed onboard.

WeWork’s board of directors is expected to meet sometime this week to consider a proposal wherein Adam Neumann is forced to adopt the role of non-executive chairman which, in turn, paves the way for a new CEO to pursue the desperately needed IPO. This move, according to its proponents, will play an important role in placating investors while also allowing Mr. Neumann to remain a part of the company he co-founded. Nonetheless, the gambit is not without inherent risks. Due to his super voting rights, Adam Neumann possesses the power to fire the entire board, thereby, frustrating attempts to remove him from the helm of the company’s affairs.

As we have previously reported, WeWork burned more than $2 Billion in 2018 and, if this trend continues, the company will likely run out of cash-in-hand by 2020. The company was viewing a timely IPO as a panacea to its liquidity constraints. However, at this dire time, investors have turned wary over the fiscal efficacy of the company’s business model that centers on capturing the differential generated by leasing properties for the long-term at a lower cost and then renting these properties to enterprises for the short-term at a higher rental rate. When this model’s vulnerability to a recession is coupled with the company’s lack of geographical diversification, WeWork’s ability to generate sustainable profits comes into serious doubts. To add to its woes, the company’s corporate governance structure remains severely flawed despite the recent changes instituted by the board. For example, on September 13th, the board reduced some of the discretionary powers enjoyed by Adam Neumann and his wife. The board has also reversed the controversial decision of awarding Mr. Neumann a hefty sum for his sale to the company of the “We” trademark. However, investors have generally remained unappeased by these moves. It is, therefore, hardly surprising that WeWork’s valuation has tumbled from about $47 Billion at the start of the year to the current new low at somewhere between $10 Billion to $20 Billion.

In trying to remove Adam Neumann as the CEO, the company seems to be following the footsteps of Uber (NYSE:UBER) which followed a similar strategy to salvage its IPO when Uber’s founder, Travis Kalanick, was forced to resign in 2017. At the time, Uber was facing a hefty dose of criticism over the maltreatment of its drivers coupled with a chauvinistic and toxic work culture. It is perhaps due to the apparent success of this strategy in placating Uber’s investors – at least temporarily – that Sofbank, as the largest investor in WeWork to the tune of $9 Billion, has reportedly thrown its weight behind this move.

Interestingly, Softbank is also the largest backer of Uber and has suffered extensive criticism from investors as Uber’s valuation has tumbled by over 20 percent since its IPO. Given the investing world’s newfound abhorrence to participating in unicorn IPOs that boast hefty valuations built upon shaky financial foundations, Softbank should consider reviewing its methodology that grants such unicorns an overly optimistic valuation. Perhaps, in pursuit of this reform, the Japanese behemoth is now seeking to hire a Valuations Director for its gargantuan Vision Fund who will be responsible for “determining the fair value of investments for quarterly financial reporting and providing valuable and timely insight to management on our investments.” The only pertinent question that arises over this development is: Why was a Valuations Director not hired earlier?