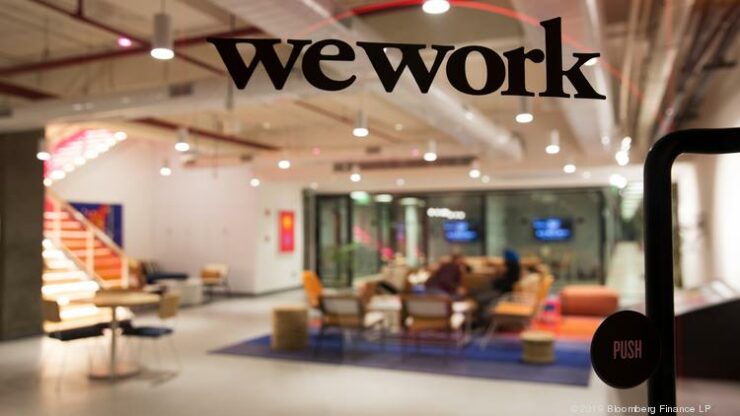 The imminent IPO of WeWork, the company that provides shared workspaces, has been delayed at least until mid-October according to multiple recent reports. This decision is largely in line with street expectations as the company failed to initiate by Monday a planned roadshow to market the flotation of its shares amid mounting apprehensions over the company’s cash burn and corporate governance issues.

WeWork had been valued at $47 Billion earlier this year in a fundraising exercise with SoftBank (TYO:9984) but in recent days its executives and underwriters had become resigned to a valuation between $10 Billion and $20 Billion while gunning for an IPO in September. The expectations for an imminent IPO however proved futile as the company released the following statement late Monday: “The We Company is looking forward to our upcoming IPO, which we expect to be completed by the end of the year.” The company has been under a tremendous strain lately to raise much needed funding for its operations via an IPO especially as it has already secured a $6 Billion credit line from a consortium of banks contingent upon the company going public before the end of the year and raising a minimum sum of $2 Billion through that flotation. Having realized the implausibility of raising the required sum, WeWork ultimately decided to postpone its IPO.

As we have previously reported, WeWork has been facing growing investor skepticism over its financial viability as it bled $1.61 Billion last year against revenue of only $1.82 Billion. Moreover, by the end of 2019, the company will have burnt through $6 Billion since 2016 without showing a sustainable capacity to earn profits. Furthermore, its business model – based on capturing the differential by leasing properties on a long-term basis from landlords at a lower rental cost and then renting these properties to enterprises on a short-term basis at a higher rental cost – is susceptible to an economic contraction and this vulnerability is only amplified given the company’s lack of geographical diversification. To make matters worse, WeWork’s corporate governance structure is severely flawed as is evidenced by the fact that the company leased properties directly owned by its founder, Adam Neumann, thereby constituting a clear conflict of interest. Additionally, Adam Neumann possessed super voting rights that accord him 20 times greater voting power as compared to ordinary shareholders. All of these factors have only served to increase investor reticence at a time when the company desperately needs to raise cash to finance its operations.

It is therefore only logical that WeWork’s 2025 bond price plunged today to its pre-IPO filing lows at 97.414 from a recent high of 103.00. Investors should expect further bond price depreciation as the company’s woes are likely to continue and the probability of a swift resolution to this crisis seems remote.

As we've reported previously, it's also worth keeping in mind that in a climate where there is a huge rush to public markets in the shape of IPOs and direct listings this late in the economic cycle by companies with massive valuations and equally massive losses which have never turned a profit, caution is urged. Obviously none of these companies wants to go public if and when a recession hits as the valuation would be significantly lower. People who get in on the IPOs now risk riding the wave down if and when a recession hits and these companies struggle to make ends meet.