Western Digital announced yesterday that it had completed the transaction to acquire Skyera, an all-flash array / SSD maker.
Western Digital became the largest player in the storage industry after the acquisition of HGST in 2012.
Currently the company commands nearly half of all the HDD storage market with Seagate its main competitor commanding about a third of that same market. 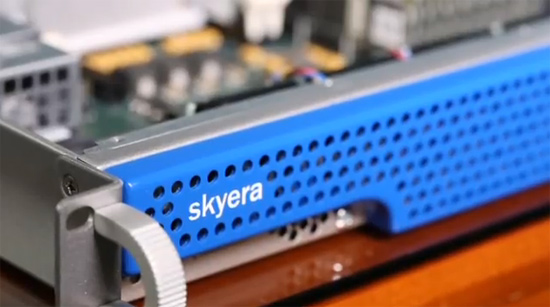 WD has experimented with SSD and hybrid drives in the past but they were never really the company's strong suits. This acquisition is going to position WD to be a considerably stronger player in the SSD market and especially in the lucrative enterprise segment where the company is looking to expand its current footprint.

Skyera is a relatively young company that was founded by ex-Sandforce engineers, a company that's now owned by WD's main rival Seagate. Sandforce is a well known name in the SSD market.  They're responsible for making some of the most popular SSD controllers. WD stands to gain a lot from the expertise of Skyera thanks to its Sandforce heritage.

Skyera's expertise lies in enterprise storage solutions, so expanding market share in that segment is going to be the primary focus for WD, at least initially. But it's well known that enterprise technology and products will eventually trickle down to the consumer level as they often do. So enthusiasts and regular folks will also have something to look forward to as a result of this acquisition.

I wouldn't be surprised to see WD grow in the SSD market into a major competitor that rivals Samsung and Intel.  I would expect the company to bring the same market drive and leadership into the SSD market. More competition is always a welcomed site.