Weird Glitch Shows You Your Texts When Searching for ‘the1975..com’ in the Google App on Android 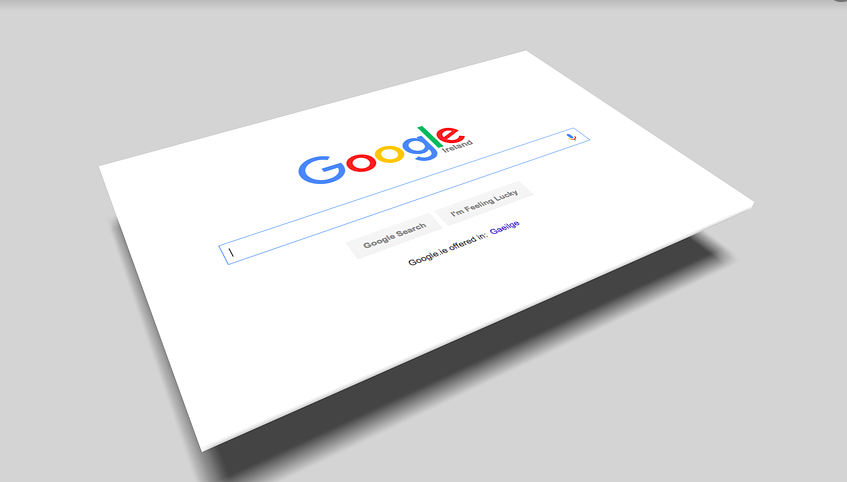 A bug-free application doesn't exist, and probably never will. It isn't unusual for even the most well-polished software to bug out every now and then, and this time around it's the Google app on Android. When you search for certain websites with two dots preceding the .com, the app shows you your SMS inbox, exactly the way a "show me my text messages" query would. 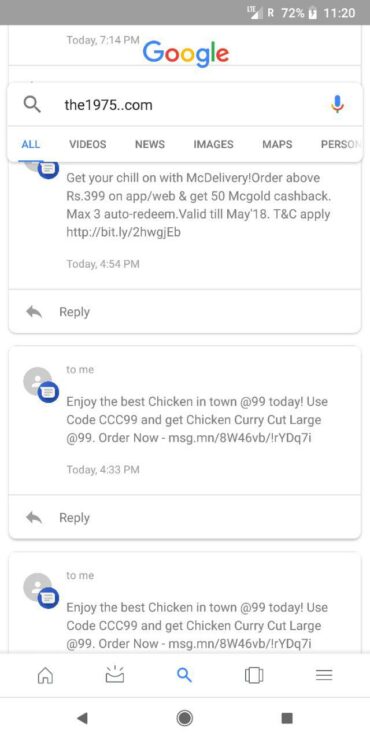 The bug was discovered by a Reddit user who incorrectly typed in the website URL in the Pixel launcher. Instead of typing ‘the1975.com,’ the user added an extra period and searched for ‘the1975..com.’ Much to the user's surprise, the page ended up displaying the SMS inbox, as opposed to the website. Inputting the text in the Google Assistant yielded the same result, and I was promptly redirected to my SMS inbox. Some variants of the letters such as "the1975 . com" seem to have the same effect, while others don't. On the same thread, some users could reproduce the glitch using the keyword "Vizela Viagens", something that I wasn't able to. Interestingly enough, half the people I've spoken to about this were able to see their SMS inbox, while the other half were redirected to the actual website. 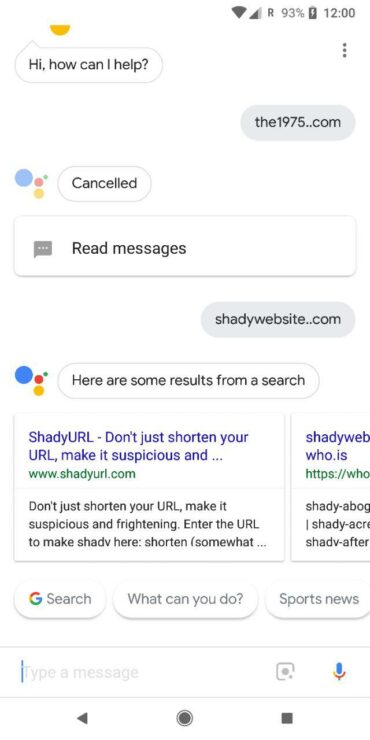 The Google app was always capable of showing you your text messages and it looks like something in the syntax is tricking it into thinking that you're issuing the "show me my text messages" command. Additionally, the app also requires the necessary permissions for the feature to work properly. However, it only shows you a handful of recent texts which aren't always arranged chronologically. You can only read the texts in the app, and upon tapping the reply button, you’re taken to the handset’s default SMS application.

This bug was found by someone using a Google Pixel, but I've confirmed that it is independent of the device and can occur on almost any Android device running the latest version of the Google app. iOS users don't seem to have any trouble with it, and the app redirects them to the website as it should. Maybe it's just a simple case of the app not scrubbing user input properly, or something more sinister. Only time will tell.