While at CitizenCon in Frankfurt, Germany this year (check out our coverage here), I had the chance to spend some time chatting with Tony Zurovec about a topic which is clearly close to Tony's heart, namely finance. Some of you may know that I'm the Editor of the Finance section here at Wccftech and that my day job is in finance. As such, it's a topic which I'm passionate about and I'd swapped a few emails with Tony in the past talking briefly about the economics of both real life and in game for Star Citizen.

Tony is a keen personal investor, having traded derivatives for his own account for a long time. He's also the guy who is probably going to be making all of the key decisions that will define the Star Citizen in game economy simulation. Given my background in derivatives trading platforms (among others), it was great to spend some time talking to him about both real life trading and how he sees that as translating to in game in the future. I'd tried to speak to some of the other Cloud Imperium Games senior people before but I think like many in the games industry, this kind of stuff is understandably secondary to the gameplay itself. Not so to Tony.

This was primarily a finance conversation so not something I’ll write about in a traditional interview Q&A format because much of it would be dull to a reader interested in the game, rather I’ll write about the high level themes of the discussion and how that may translate into game on the basis of what was discussed, but I would ask readers to understand that this was a conversation between two people who are looking at things from a different starting point to the traditional “how does the game economy run” perspective.

Tony is a fan of derivatives for a few reasons. From what I can gather, he's basically a self-taught guy with an interest in problem solving. Fundamental valuations of companies etc is all well and good for the big boys, but when you're playing with personal funds and looking for market inefficiencies and calls to make, the game becomes a bit more complicated. That's why he likes derivatives. He clearly understands the meta-games that exist in the real world of finance too as our discussion ranges from topics such as using diverse brokers so that when things really hit the fan, he doesn't have all of his brokerage exposure to one firm that may not answer the phone, to valuation and volatility modelling, the state of the VIX and strong views on ETF's.

What is clear in all of this is that although he may not have been educated in the day to day world of derivatives trading and investment banking, he clearly has a knack for the kinds of issues that come with these sorts of scenarios and frequently refers to what he calls "the logic problem" that goes with the more complex valuation methods that frequently come up in futures and options, especially the commodities space where you are equating it more to the physical raw materials of industry than an underlying piece of paper like a share in a company. Commodities futures and options frequently value differently to traditional stock options, as well as the more known options on futures instruments like indices or fixed income on the basis of deliverable spot futures rather than all the liquidity sitting on the front month and then rolling as the front approaches expiry with cash settlements.

Of course, for anyone who understands what he means by the logic problem, you realise that he thinks about finance in terms of a solvable puzzle (which of course in many ways it is albeit a relatively complex one) and he laps up everything that I explain in terms of the latency associated with professional derivatives trading and co-location in exchange data centres to the maker taker rebate model and commodities derivatives pricing models.

This brings our discussion on to the topic of the in game economy. When Tony talks about the way things were being developed when he came on board to Cloud Imperium Games, it's clear that things were being done in what I'd call a traditional game driven economy model. Which is to say that it was incredibly basic with static pricing initially, followed by some probably light randomisation of good prices across the various components of the economy engine they were trying to build.

The difficulty is that the real world doesn't work like that and as many long term followers of the game are aware, Tony has wanted to get it to a place where we have some of the real world levers and influencers of economic activity in the game in a relatively advanced (for a game) method. With static or simplistic prices and immediate impacts, you face problems such as the value of a commodity dropping below a profitable level for a producer, so in a simplistic rules based game engine, the production immediately ceases. In reality, that takes time, some people will continue to subsidise loss making operations in the hope that the market will turn around. Perhaps a spike in demand will occur which will mean that business will continue to be worthwhile. Cross-subsidisation of business lines also makes for a more involved scenario.

Tony is quick to point out that initially, there just needs to be something driving the structure of the economy and he has appeared in Star Citizen livestreams and Q&A sessions for a while now. What emerges from these and our discussion is a picture of a man who understands what his fan base is after. It's clear that the makers of Star Citizen are specifically trying to not make an economy generation model which allows everyone to sit back and play the economy meta-game to just make money. This is a game after all about space and the inherent control difficulties that come with credit farmers need to be taken into account. 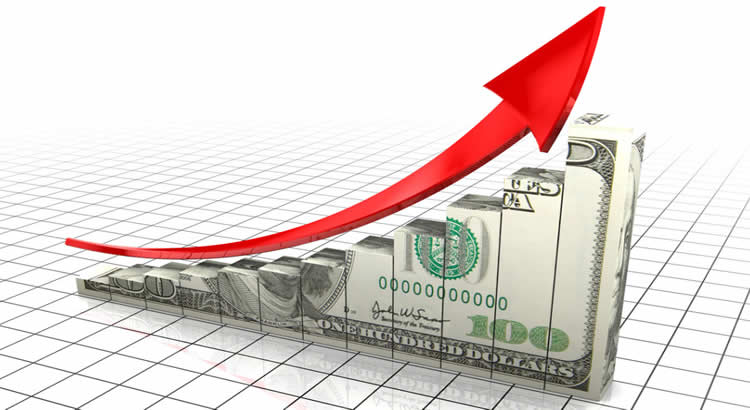 But at the same time, it's also clear that Tony has an idea of how the background engine can drive events in game in a more advanced way than many traditional games look at economics and trading. Although I'm almost certain that we'll not see derivatives contracts available in game, when I suggest that this is something that could exist in the background of the economy engine to allow for a more flexible approach to commodity pricing and event driving with the tools available to CIG to control the economy, he animatedly starts to discuss the ramifications of that and how it could be looked at. It’s pretty clear that even if a traditional derivatives contract won’t exist in game, some of the drivers of commodity pricing and economic activity will be accounted for by background algos which have elements of derivative instrument modelling built into them.

Is there going to be an economic meta-game in Star Citizen? Absolutely. Tony is adamant of one thing, with 3.0 and the coming versions, they now have the groundwork in place to allow for more advanced economic simulations in the future. He'll no doubt be doing the best he can to stop people like me from trying to surreptitiously unpick the algorithms driving the economic activity and impacting actions in game by exploring edge case scenario handling and trying to exploit it. He's got a great mind for this and I'm glad to say that it feels like it will be a challenge, which is what it should be!

As with the real world markets though, maintaining things in an orderly fashion is not particularly an easy job. The world never rests in the search for alpha, whether it’s a fund manager looking for real world profits or a privateer looking to make a quick UEC in the year 2948. With an economy of players and AI elements as big as this one and a simulation as aspirational as the one Chris Roberts and Tony Zurovec are trying to make, in some ways, their hardest job is just beginning.