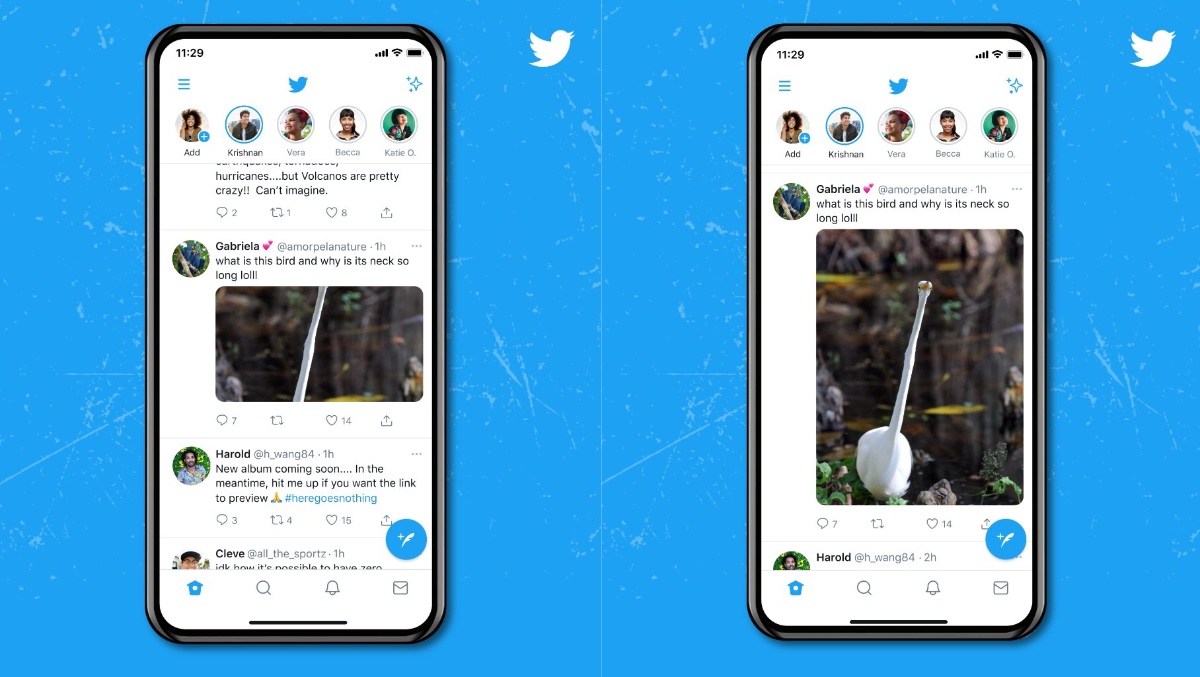 Twitter has pushed out a new update to both iOS and Android apps. It now supports taller image previews in the timeline.

You Will Now Get Taller Preview of Images in Your Twitter Timeline While using the iPhone, iPad and Android Apps

If you have been using Twitter in any capacity at all, whether on the web or any one of its mobile apps, then you know how images behave in the timeline. Rather than showing the complete image, Twitter simply crops it down, forcing you to tap on it to get the complete picture.

That behavior is now a thing of the past as Twitter has now enabled taller image previews right in the timeline if you are using the official app on both iOS and Android. Think of how Instagram works and you are not far behind at all.

no bird too tall, no crop too short

introducing bigger and better images on iOS and Android, now available to everyone pic.twitter.com/2buHfhfRAx

There is nothing you have to do in order to get this feature. Twitter has flipped the switch from its end and the feature is rolling out to everyone as we speak. Just go ahead and upload an image, it will appear in full size for everyone as long as they are viewing it in the official Twitter app for iOS and Android.

We are glad to Twitter enabling this feature for everyone as it can become a huge pain to open each and every single image on the timeline just to ensure that nothing is missed. Combine this with the fact that Twitter also supports 4K image uploads, it seems as though the social network has its eyes set on Instagram.

Oh wait, that has already been done with Fleets!