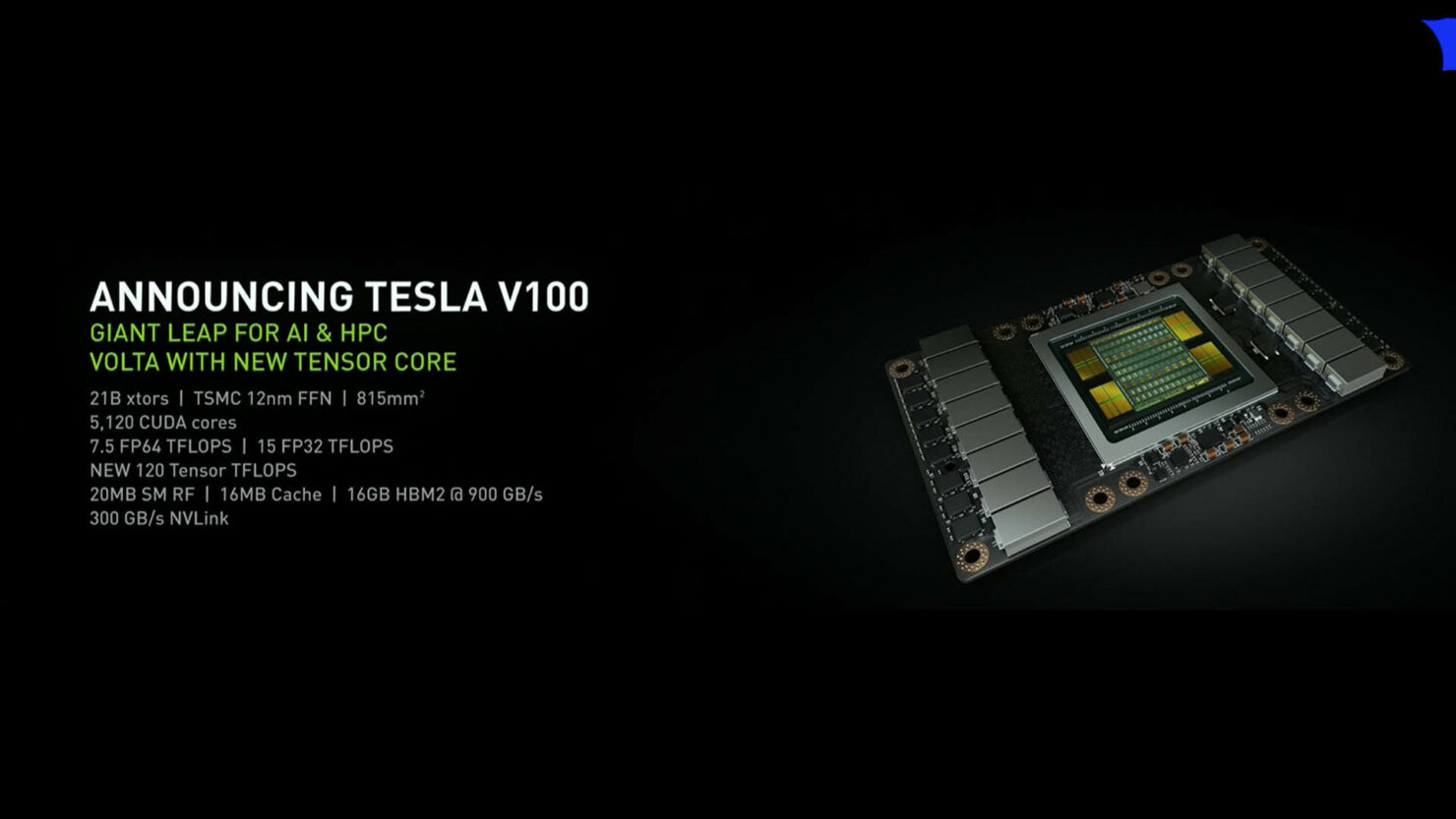 NVIDIA's president and CEO is set to take to the stage tomorrow morning at GTC 2017 to talk about the future of GPGPU computing. The company's annual GPU Technology Conference is all about graphics technology and how to employ it to accelerate a plethora of existing, developing and future workloads.

Every year NVIDIA President and CEO Jen-Hsun Huang gives audiences a glimpse into whichever cutting edge graphics architecture the company is working on next. Volta is in line to succeed Pascal so we should hear a good bit about the new architecture tomorrow. And as is tradition, NVIDIA is likely to issue an update to its long-term graphics roadmap, so a Volta successor could be announced for the very first time.

The Volta architecture is scheduled to reach gamers in the form of the next generation GeForce GTX graphics cards sometime next year. However, NVIDIA's public plans for Volta indicate that the company intends to launch Volta accelerators for the enterprise markets later this year. Think Telsa P100 successors.

Industry whispers allege that Volta will not be built on 16nm FinFET like Pascal was. Reports indicate that the upcoming architecture will in fact be built on TSMC's new 12nm FinFET manufacturing process. We may get a definitive answer regarding Volta's process tomorrow.

Moving beyond 2017, Volta is set to replace the Pascal refresh in 2018. The new architecture will, just like Pascal before it, focus on pushing the performance per watt envelope. Although the GPUs are said to feature GDDR6 and HBM2 memory technology, little is actually known about the architecture itself. GDDR6 chips rated at 16Gbps are expected to boost memory bandwidth by 60% compared to current GDDR5X 10Gbps memory technology we see deployed in the GTX 1080 and TITAN Xp.

GV104 represents NVIDIA's bread & butter Volta gaming GPU. The company will likely target the popular ~$400 segment with a cut down variant of the chip and the high-end with a fully enabled variant. That is if the company doesn't veer too far from what we've seen it historically do with its 104 class chips.  GV104 should replace GP104, the chip that powers the current GTX 1080 and GTX 1070 cards.

GV104 based graphics cards, i.e. GTX 3080 & 3070 cards are rumored to feature 256-bit memory interfaces with 16GB of GDDR6 memory running at 16Gbps for a total of 512GB/s of bandwidth, 32GB/s more than what's available to the 384-bit TITAN Xp. The growth in overall memory bandwidth indicates fairly healthy gains in performance as well.

Volta will also see a GV102 chip to replace GP102, the GPU that powers the TITAN Xp.  GV102 will be the fastest gaming chip NVIDIA has to offer in the Volta stack. GV110 on the other hand is built purely for the professional market. Think AI inferencing, deep-learning & datacenter workloads. These top-end server grade Volta chips are expected to feature 32GB of HBM2 & 1TB/s of memory bandwidth and debut sometime this year in a host of new supercomputers.