There's no doubt that InXile Entertainment has done well for themselves, particularly thanks to the positive reception of Wasteland 2, which turned out to be one of the few crowdfunded games that managed to meet expectations (despite a slight delay) and proved to be the game that people wanted. It engendered a lot of support in the developers and, as a result, when they went back to crowdfunding for Wasteland 3, they surpassed their high goal of $2.75 million.

The question now is will Wasteland 3 be able to meet the expectations of fans? Having spent a bit of time, hands-on, with the game at Gamescom I'm certainly thinking that this will be the case. As described by the developers at the time, Wasteland 3 has taken the core of the second title, improved it in a number of ways and created a much more varied and engaging world. 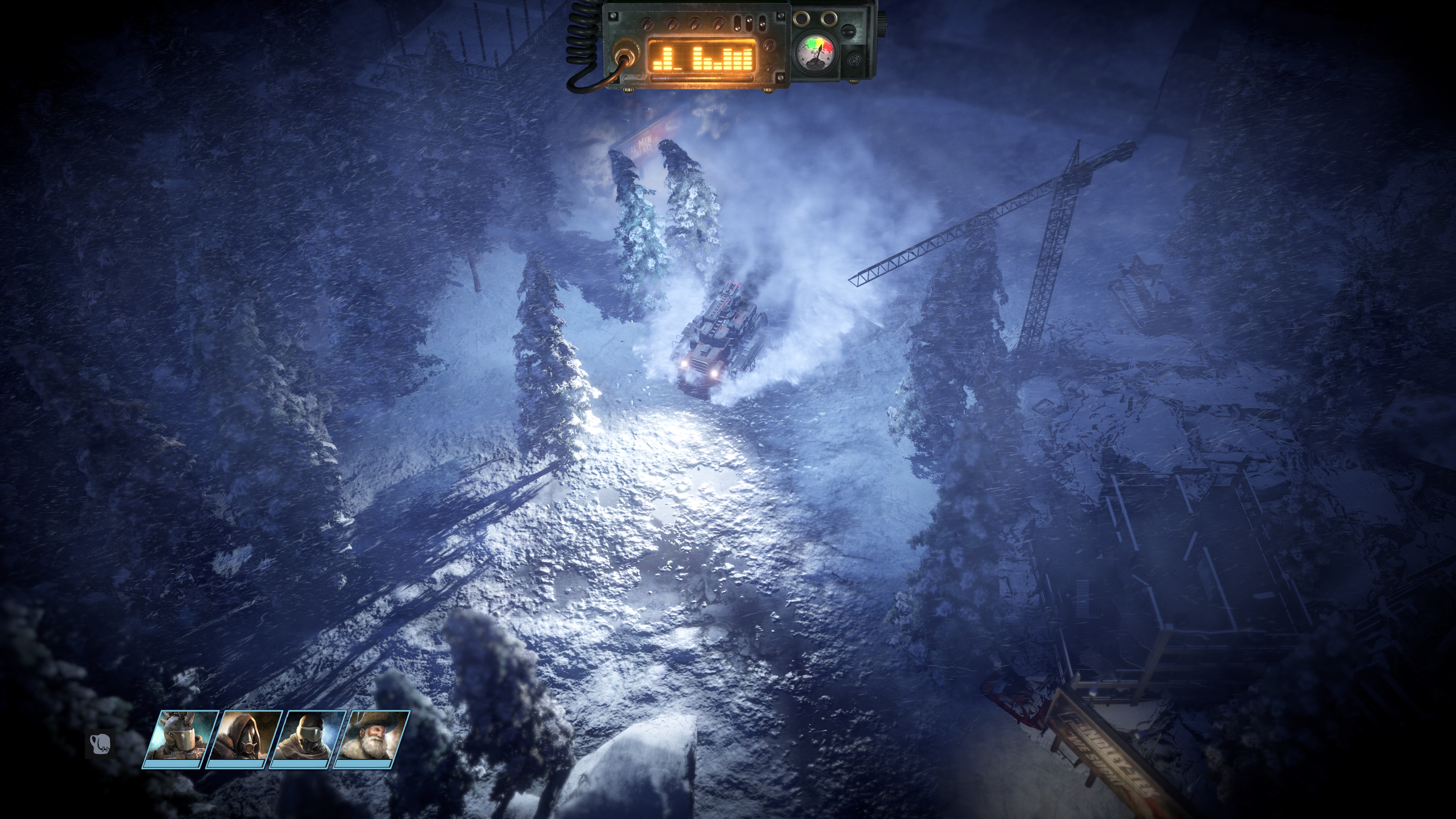 From my time, is this the case? Well, there's only so much I can say because I only saw a little section of what is the world map, plus one mission, set around the frigid wastes of Aspen. This is actually the same slice of Alpha gameplay that those who backed the development of the game can play. It's a very combat-oriented slice of gameplay too, so those wondering about the story aren't going to find a massive amount here. I was told some aspects when it comes to the story and how that works though.

So what was said is that the game will be 50+ hours long which, as always with titles like this, varies based on the amount a player likes to explore, do side quests and such as that. Wasteland 3 will contain full voiceover acting within the game, including hours of radio content. Indeed, some of this radio content will also be broadcasts that you have the ability to respond to, opening up different missions within the game. The key point is that it's said you'll have a strong amount of choice within the game. This is something I did see a bit of - more on that later.

What should be talked about is the atmosphere of the game. So, Wasteland 2 very much in the brown, green and grey range of colours - it makes sense, it was set in Arizona and California. However, this didn't offer the most variety, nor did it really allow the game to explore the difficulties that one would find in a post-apocalyptic landscape. The move to Colorado looks to change this, especially with the inclusion of snow. Heavy snow.

Frankly, what little I saw of the new world looks great. It's no longer a map that you just select somewhere and watch your characters go, now it's a series of trails where you drive your armoured truck (Kodiak) along the snowy trails of Colorado. The huge increase in production value (the acquisition by Microsoft is said to have been a windfall to InXile) really shows, with everything looking, sounding and feeling great, particularly due to the use of full voiceovers and not limiting characters to static images with text. 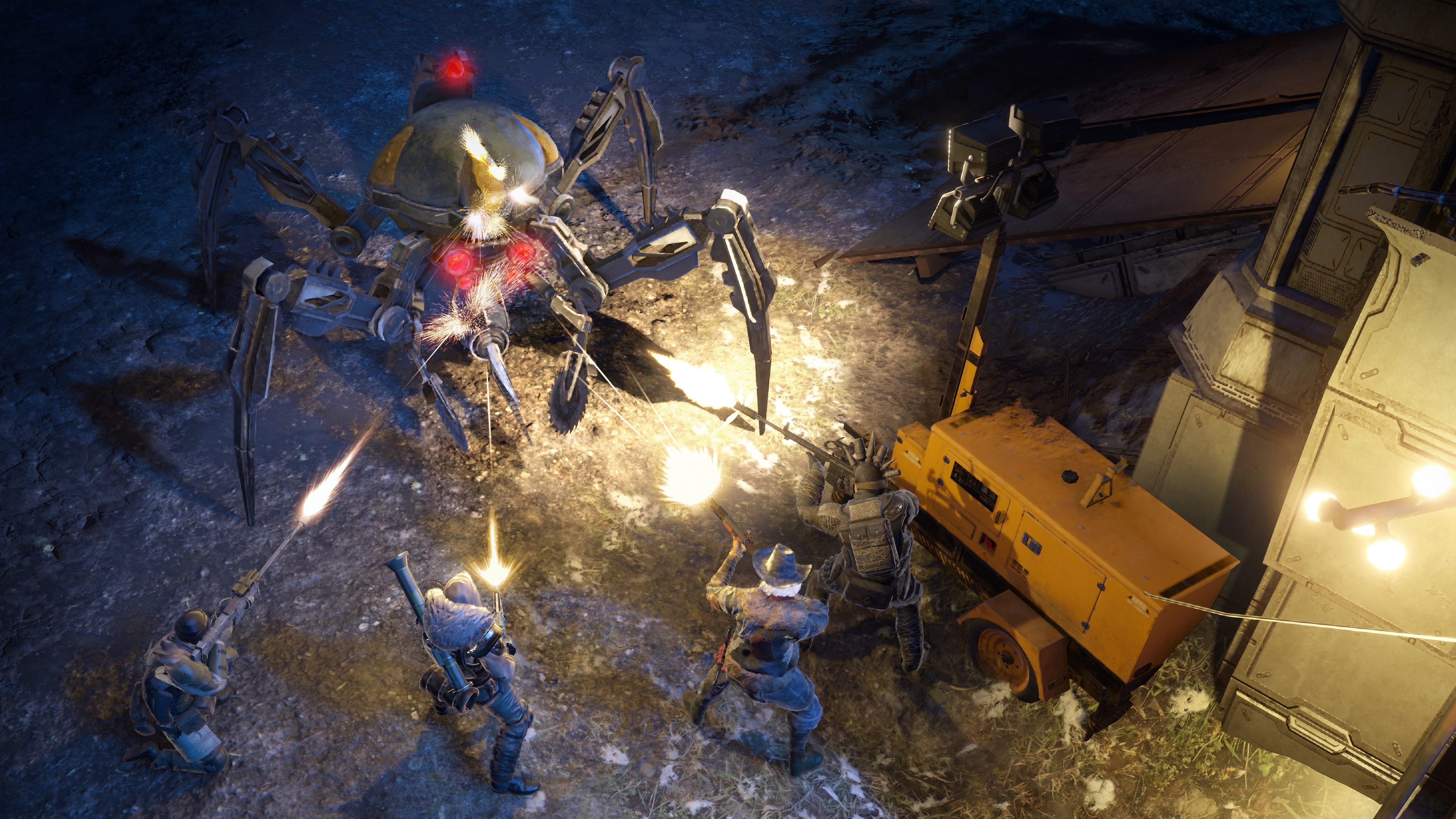 Once you reach your destination, the Kodiak actually joins you in battle (or appears in a hub/settlement) too. Let me tell you, it's an invaluable resource early on in any fight. It's while fighting that you'll notice even more of the increase in production values. Character models, terrain, buildings, everything features more detail in Wasteland 3 than in the second title. More than just production values, there's also been an increase in how user-friendly combat is.

Inventory is one of the major ways that InXile have improved the use of characters and combat. No longer do characters have separate inventories, so you don't have to faff around passing weapons and equipment from character to character, just to use them. The use of a shared inventory makes ammo and other resource management so much easier and is a much-appreciated change.

In a push to streamline and improve the user-friendliness of other aspects, you no longer need to flick from character to character just to perform an action. Come to a trap and click on it? The character with the ability to disarm it will step forward automatically. The only times it seems that you need to actually select a specific character is for the use of a particular skill, such as charming an animal. Personally, I had a fox follow my party into battle.

It didn't exactly do much, it was cute though. As for fighting itself, it takes a much more traditional tactical approach, with you and your enemies taking it in turns, Wasteland 3 opting to drop the system that would see each character acting independently based on their own stats. Personally, I prefer this approach, it does make combat fairer and less easy to manipulate. 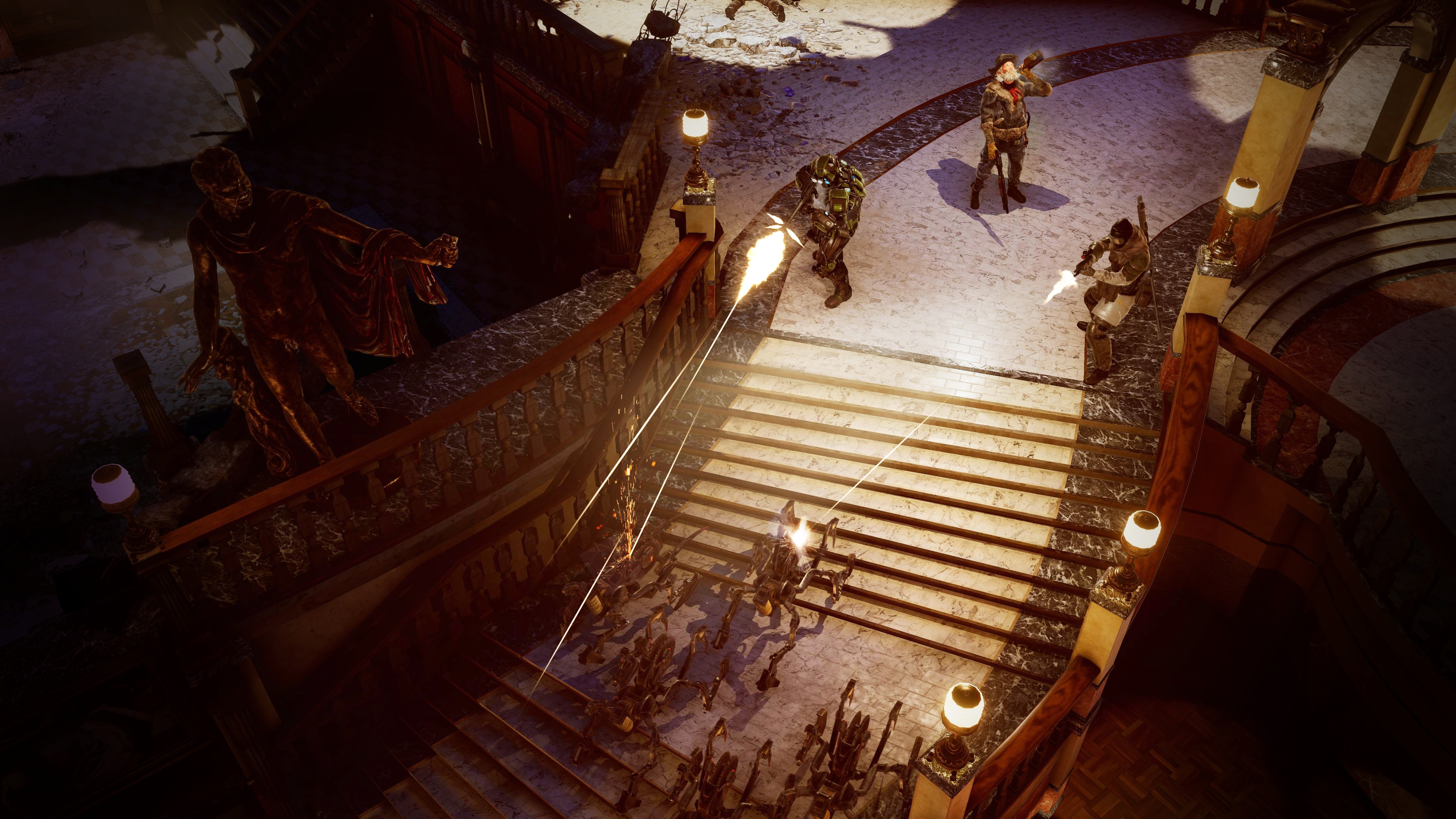 Coming back to the freedom of choice. Even in combat, you would see this, with multiple paths to choose from, each with their own challenges and rewards. You can, of course, backtrack too. The path I took, once I spotted a crane that could allow me to raise a large crate, led me into an underground area with a large stash of loot and high-end equipment. The gear was placed there just for the demo, but it goes to show how different routes can lead you to little bonuses here and there.

At the very end of this demo, there was also an example of the choice you can have in a combat situation as well as in the story. First, rather than face off against the bodyguards of Vic Buchanan - the person you've been sent to track down - you can show that you are one of them. How? Well, they're called breathers and the only way to do that is by breathing in some of the drugs they take. Why the hell not, right? It saved me having to kill them all and risk losing some of my rangers.

That's when you get to Vic and another choice can be made. Vic is a brutal, horrible person. He's also a proficient fighter and has some resources at his disposal due to familial contacts. Rather than wanting to fight, Vic offers to join your party. Do you take him? Do you fight him? The choice is yours, I personally opted to bring him along and have him join the party.

That's when the developer said, with a little surprise, that I was one of the first to choose that and that if, when the game is released, I opt for that option again, I would very likely alienate a number of people in the area. I've quite literally had a crazed psychotic join my team, one who has done horrible things. That's bound to influence people's perception of me and how much they're willing to associate with me and trust me. I can't blame them really. 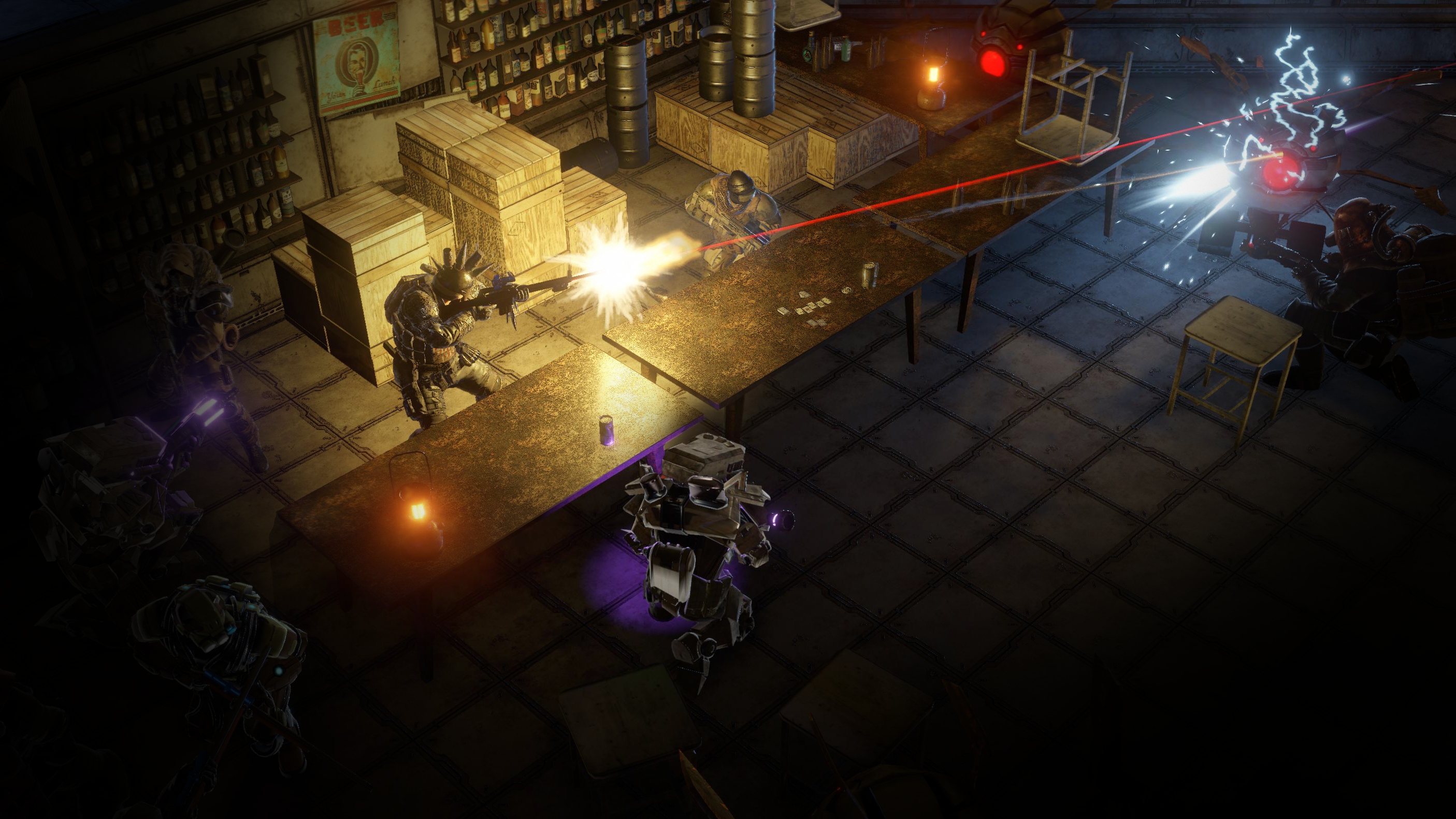 Scheduled to release around spring 2020, Wasteland 3 will be coming to the PC, Xbox One and PlayStation 4. Furthermore, when I asked, I was told that there will be the possibility of a Nintendo Switch port. Knowing the quality of Wasteland 3 and having seen this, I genuinely get the feeling that InXile is more than heading in the right direction. This should be yet another successful Kickstarter title, one that achieves the goals it sets.