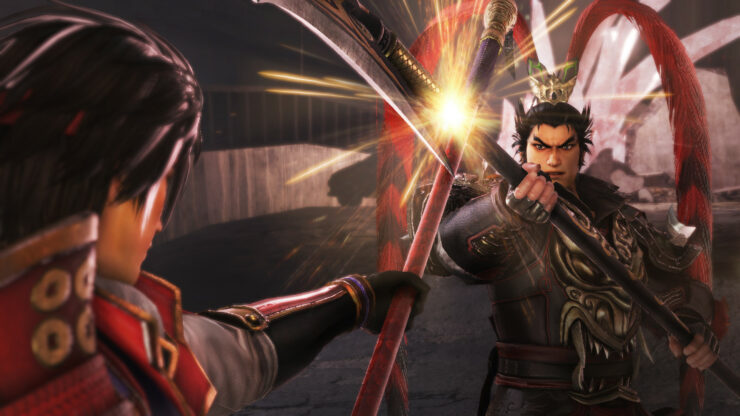 Warriors All-Stars, the crossover game featuring several KOEI TECMO character, is out now on PlayStation 4 and PC (where you can purchase the game via Steam).

We've partnered with our friends at KOEI TECMO to give away three prizes to our readers. The first prize is an All-Star package which you can see in the picture below, including a Game poster, Game soundtrack, Game artbook and a full retail copy of the game for PlayStation 4.

Artbook, Poster and a full retail copy of the game for PlayStation 4 will be shipped to the second winner, while the third spot will grant you a Game Poster and the game itself for PS4.

Just enter the competition as always below and we'll notify you if you got lucky! Do note that KOEI TECMO asked to restrict this giveaway to European countries and the United Kingdom due to shipping limitations. Therefore, we're asking you to refrain entering at all if you don't reside in these regions.

Warriors All-Stars was recently reviewed by Kai, who rated the game 8.3/10.

Warriors All-Stars does a solid job of trying to bring the Musou series back to its roots after so many of Omega Force’s spinoffs and licensed titles. With a smaller roster than usual, All-Stars tries to showcase some of Koei Tecmo’s popular titles of recent years without giving any of them the attention they so rightly deserve. After enjoying the grand buffet of Warriors Orochi 3 Ultimate’s roster, Warriors All-Stars ends up feeling like a tapas dinner: small plates that each have their own flavor but sometimes not quite enough to fill you up.