In the early days of Dynasty Warriors on the PlayStation 2, every new release felt like a new experience to be heralded in, no matter if it were a core entry, Xtreme Legends, or Empires. As the series grew long in the tooth, it took Omega Force trying to expand into other historical time periods or popular franchises to keep the series feeling fresh. As more and more IP’s grew under the Warriors umbrella, some marketing executive must’ve had the brilliant idea to mix together a majority of the IPs Koei Tecmo has gotten their hands on. The culmination of twenty years of Warriors games is finally here in North America: Warriors All-Stars for the PlayStation 4. 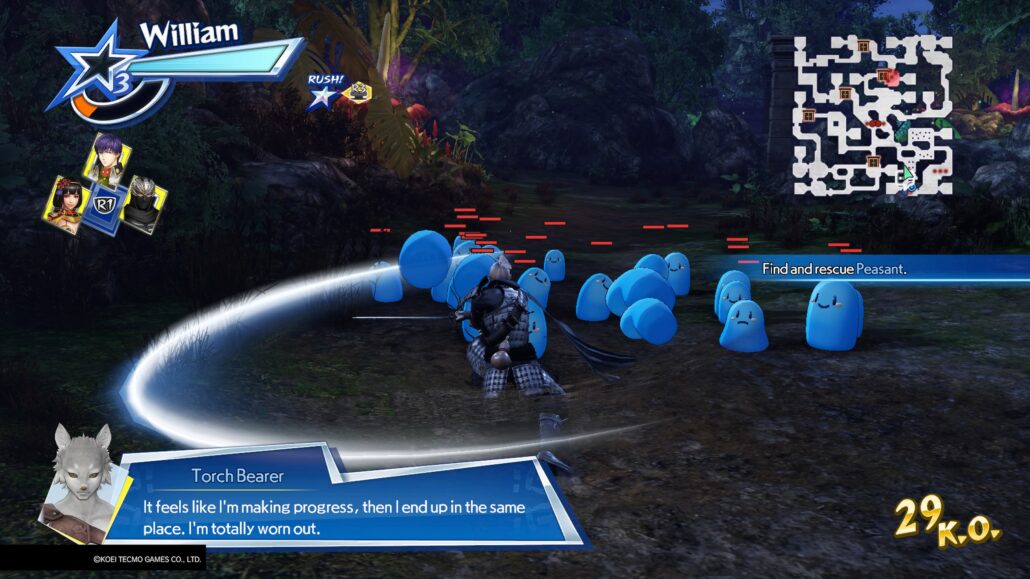 Crossover cameos are nothing new for the Warriors series, with Warriors Orochi 3 Ultimate most famously dipping into the Atelier series, in addition to Soul Calibur and Dead or Alive to bill its roster of one hundred-plus soldiers from multiple franchises. Sadly, Namco properties such as Soul Calibur haven’t made their return in Warriors All-Stars, instead focusing on some of Koei Tecmo’s most famous franchises of recent years, plus a few faces that should feel brand new to American audiences. Ryu Hayabusa, Ayane, and Kasumi are instantly recognizable for anyone that’s played a Dead or Alive title in the past fifteen years, but what about more obscure franchises such as Opoona or Neuromance? Koei Tecmo’s newest IPs also get a fair bit of representation, with a handful of characters from both Toukiden titles as well as the hero of Nioh himself, William.

The bulk of the thirty-member roster are returning heroes from both Samurai Warriors and Dynasty Warriors that mark some of the more popular characters in the franchise, yet both Ma Chao and Nobunaga Oda seem to have barely missed the cut. The latter exists in another form, namely that of Nobunyaga Oda of a little known social franchise called Samurai Cats. I appreciate Warriors All-Stars building a diverse roster of characters from some of their more obscure franchises such as Fatal Frame or Rygar. To make fans like myself happy, there’s a wide berth of musical selections that feature that signature Dynasty Warriors heavy metal touch, so if you’ve been aching for some new Monster Rancher tracks, Warriors All-Stars has you covered. 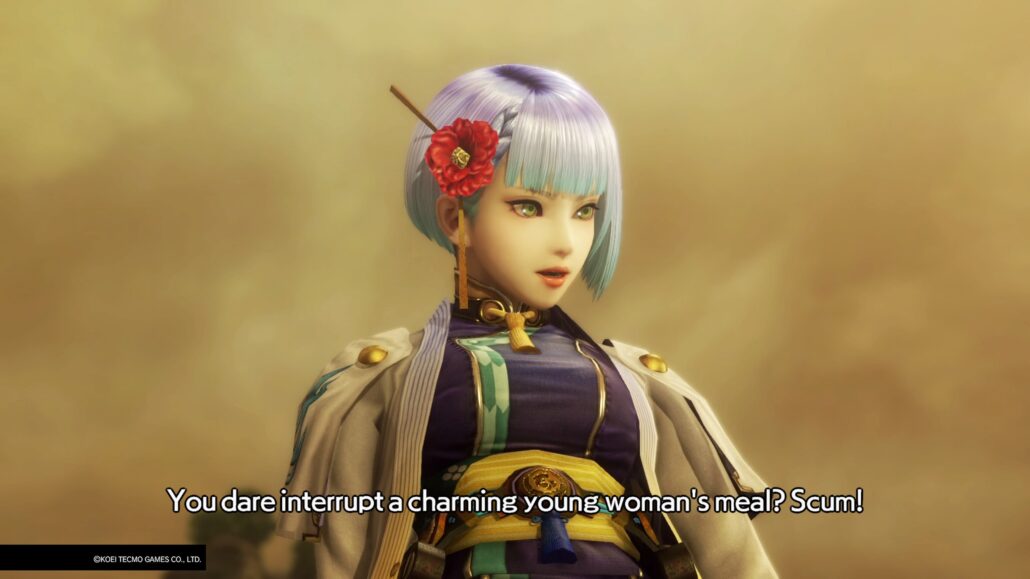 Warriors All-Star’s story centers around a power struggle between three furry siblings, each wielding a mystical weapon and each sharing an equal right to succession to a recently vacated throne. Depending on which of the three siblings you choose, the roster will open up with members of that party, though it doesn’t take much time at all to unlock the remaining cast members for the full group. Across an ever expanding world map, fights can be chosen at the player’s discretion and feature a wide array of objectives. Key missions are tagged with yellow or red crystals and need to be undertaken to advance the story. Otherwise, players are free to take on any other mission that pops up, earning additional experience, gold, or cards in the process.

In a properly cryptic fashion, certain yellow key missions need to be taken while others ignored if the player wants to reach the true ending with their chosen patriarch unless they want to finish up the story mode quickly and start anew (carrying over character levels and other important stats, of course). I experienced this myself while working to achieve Shiki’s goal, having gained a full roster of characters only to be forced to pick half that number to continue on. Unbeknownst to me, I had picked a group at random to work with and had accidentally forgotten to bring along William, the English samurai from NiOh that I had put in so much work to leveling up and raising affinities for. Because of losing my highest level member, I was forced to spend a longer than usual amount to grind my way back up to fighting form. The story missions I needed to progress were all in the mid-20’s while my highest member that I opted to bring with was only roughly 10. It didn’t take TOO terribly long to get back up to a level that could progress the campaign, perhaps only an hour or two plus a hefty amount of gold to quickly bolster the remaining cast member’s levels. 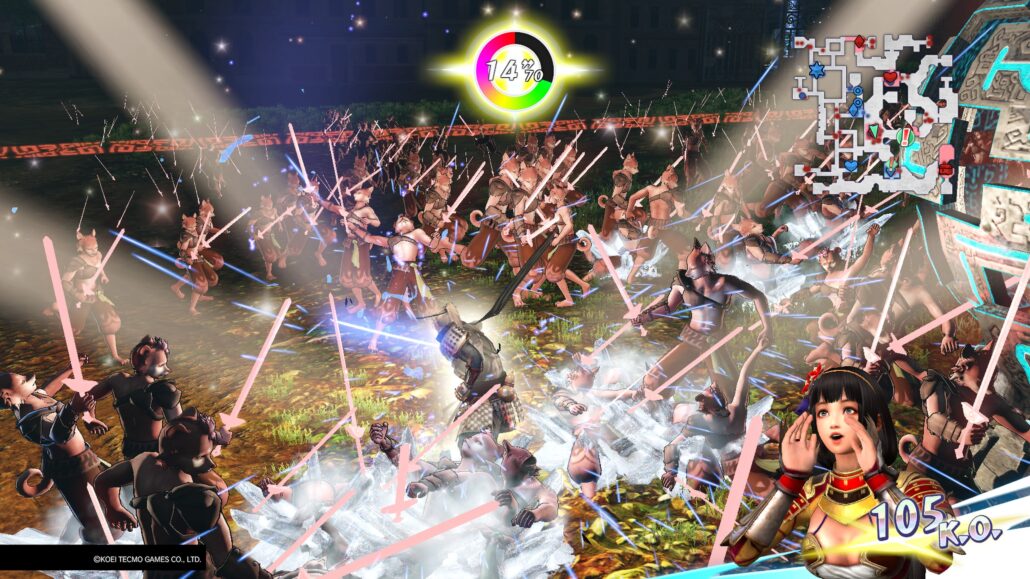 When you’re heading off to battle in Warriors All-Stars, you aren’t taking that journey alone. More than the single members of Dynasty Warriors or the three-person squads of the last Warriors Orochi title, the diverse cast can work together in five-man teams to achieve their goal. With a lead character that gains all of the experience and perks, four extra party members can join in on the battlefield for additional combos or special attacks. Swapping to another character is only a temporary effect, unlike the freely rotating squads from Warriors Orochi. To offset this, both characters (or up to all five) can all attack at once, covering a much wider range of attack and clearing most bases with ease. The more I played around with different squad compositions in Warriors All-Stars, the more I grew to appreciate this change as it felt all more satisfying to carve up entire groups of enemies at once.

If attacking enemies by the dozens doesn’t satisfy your craving of mass combat, Warriors All-Stars has a unique Rush Mode that every character can put to use. For roughly a minute, enemies rush out in greater swarms, numbering in the hundreds that can be cut down in reckless abandon. The higher your kill combo, the more your squadmates will cheer you on, extending the timer and occasionally throwing in an extra attack or two into the fray. With characters that have wide sweeping attacks, such as Lu Bu, it isn’t uncommon to break the thousand-kill count in a single Rush Mode. Of course, the AI takes a hit and simply stands around as you slaughter their companions in battle, but the Warriors series has always offered a sense of gratifying kill counts at the expense of enemies that can properly fight back. 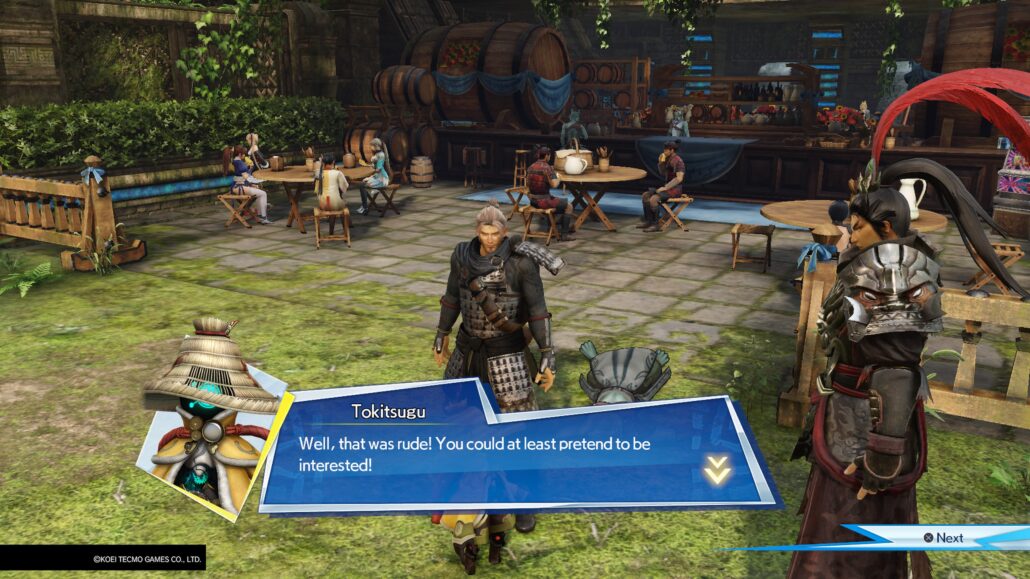 Warriors All-Stars offers a small variety of mission types that usually range from either having to defend an objective/officer for a set amount of time or go on the offensive and conquer the battlefield instead. One of the more infamous mission types is brought back from Hyrule Warriors: death battles where both the player and enemy die in a single hit. As these tend to be the fastest way to level a character, it’s worth the challenge, assuming you can survive to the end without getting hit. If possible, take the time to upgrade your player’s card with the Resurrection ability, giving them a second chance to finish the mission before seeing that infamous Game Over screen. 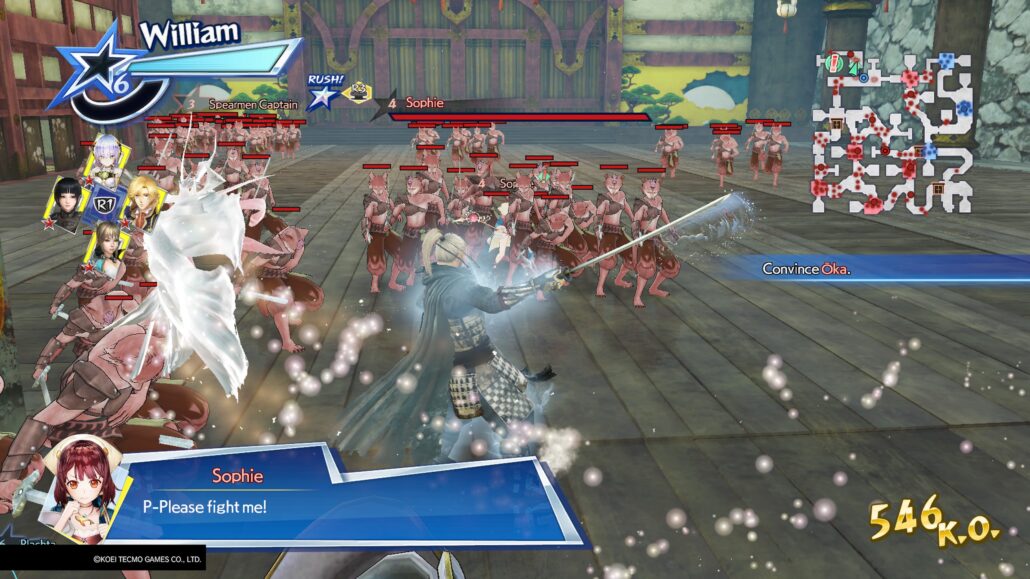 Variety and diversity are something that Warriors All-Stars aims for, but none of it feels quite as in-depth as the other Warriors titles. There’s a diverse cast, but only from a small number of franchises. There are character upgrades, but only in the form of equipable cards, not in additional weapons and accessories. And lastly, there are diverse battlegrounds that pull from the represented franchises, but again, you’ll be replaying the same maps over and over throughout the story, although with varying objectives each time.

Warriors All-Stars does a solid job of trying to bring the Musou series back to its roots after so many of Omega Force’s spinoffs and licensed titles. With a smaller roster than usual, All-Stars tries to showcase some of Koei Tecmo’s popular titles of recent years without giving any of them the attention they so rightly deserve. After enjoying the grand buffet of Warriors Orochi 3 Ultimate’s roster, Warriors All-Stars ends up feeling like a tapas dinner: small plates that each have their own flavor but sometimes not quite enough to fill you up.