Warhammer Vermintide is the latest project by Swedish developer Fatshark. You may know them mostly for War of the Roses and War of the Vikings, though they recently made Escape Dead Island and Bloodsports.TV as well.

Warhammer Vermintide, though, is an entirely different beast. Set during the End Times (that is, the apocalypse of the Warhammer world), it's a cooperative action RPG played in first person.

As soon as you play it, you'll inevitably recognize the similarity with Left 4 Dead. Just like in the game developed by Turtle Rock Studios, there's an AI Director that takes care of moving enemy placements, ammunitions and the likes from match to match in an effort to keep the experience fresh.

There will be waves of enemies (Skaven rather than zombies, in this case) to fend off, of course. Even the special enemies are basically the same, with a huge boss appearing from time to time to wreak havoc, an assassin jumping on you when you least expect it, another fellow who'll drag you away from the party and so on.

Fatshark borrowed the teamwork mechanics straight from Left 4 Dead, too. If you end up incapacitated, your friends can revive you or preemptively use a medikit on you; it doesn't stop there, though. Guess what happens when you die? You respawn later in the map, but you can only join the action after being rescued, just like in L4D.

The main improvement brought by Fatshark to the formula is easily the melee combat. The development team is experienced with melee focused multiplayer games and it shows, with the action being a lot more fun than smashing zombies with a baseball bat ever was in that game.

Warhammer Vermintide also sports light RPG elements. Each character (or hero, if you prefer) can be likened to a class of sorts; there are five in total to choose from.

Markus Kruber is an Empire Soldier and your average warrior in terms of choice, since you'll be able to get either two handed or one handed weapons for melee combat. The same goes for Bardin Goreksson, the Dwarf Ranger, though in this case he'll have Dwarven weaponry at his disposal - for instance, axes instead of swords.

The Bright Wizard Sienna Fuegonasus can choose between a selection of staves, while the Waywatcher Elf Kerillian has either dual swords or dual daggers available. The outlier is probably the Witch Hunter Victor Saltzpyre, who can pick a Rapier for stylish Skaven slaying.

Overall, there's quite a lot of variety in terms of gameplay style, while Left 4 Dead characters were pretty much identical to one another. Moreover, at the end of a successful match there's a dice roll that determines what kind of loot everyone in the team is going to get. While loot is not that important in Warhammer Vermintide as the focus is on the action itself, it's still a way to encourage players to come back and keep playing the game. 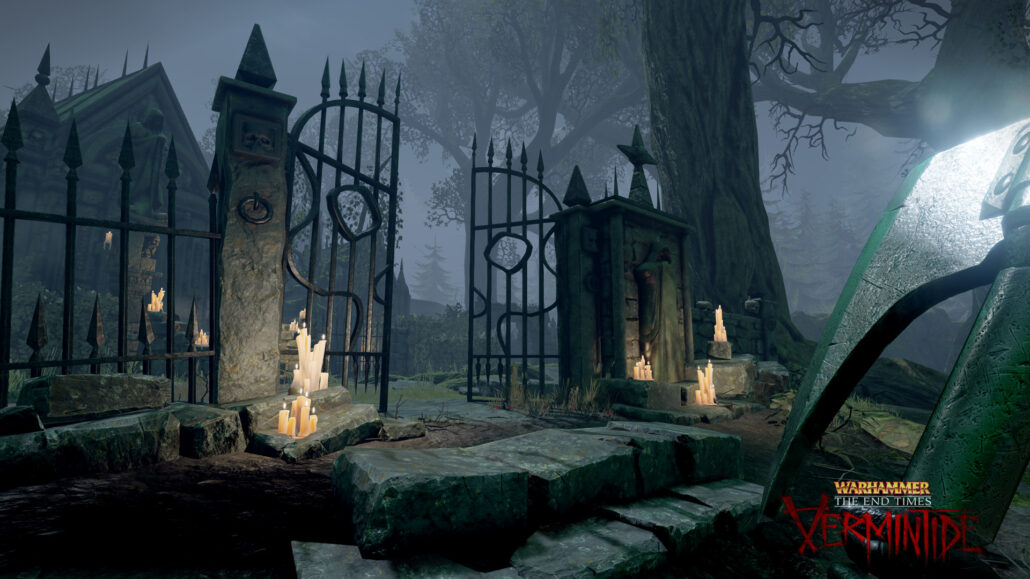 Unfortunately, there just isn't enough content here to do so. Completing missions is fairly straightforward once you get a decent group together and the game also lacks some crucial features that made Left 4 Dead successful.

For instance, there is no way for users to create new campaigns or even maps here, since Fatshark didn't release any mod tools so far. This means that you'll be left with just the official DLCs and it is highly unlikely that the developer will be able to push enough content to keep up. There's also no PvP mode at all in Warhammer Vermintide, whereas Left 4 Dead allowed you to take on another group of players as special zombies.

That doesn't mean that you won't have fun in this game, mind you. I had lots of it, it just didn't take long until I got bored, but this is exactly the title you can easily get back into for just one match anytime you want.

Pretty much the same thing applies to the visuals. The art style does a great job at putting you into the world of Warhammer, but the rendering itself is quite lackluster. Neither textures nor graphical effects will impress you in Vermintide, though at least it runs smoothly even with lots of characters on screen.

Warhammer: End Times Vermintide is a new take on the Left 4 Dead formula. It brings enhanced combat (particularly melee) and some RPG elements, but it loses the PvP aspect and user generated content, both critical to longevity in this genre. Still, if you have a group of friends this game can definitely provide lots of fun.