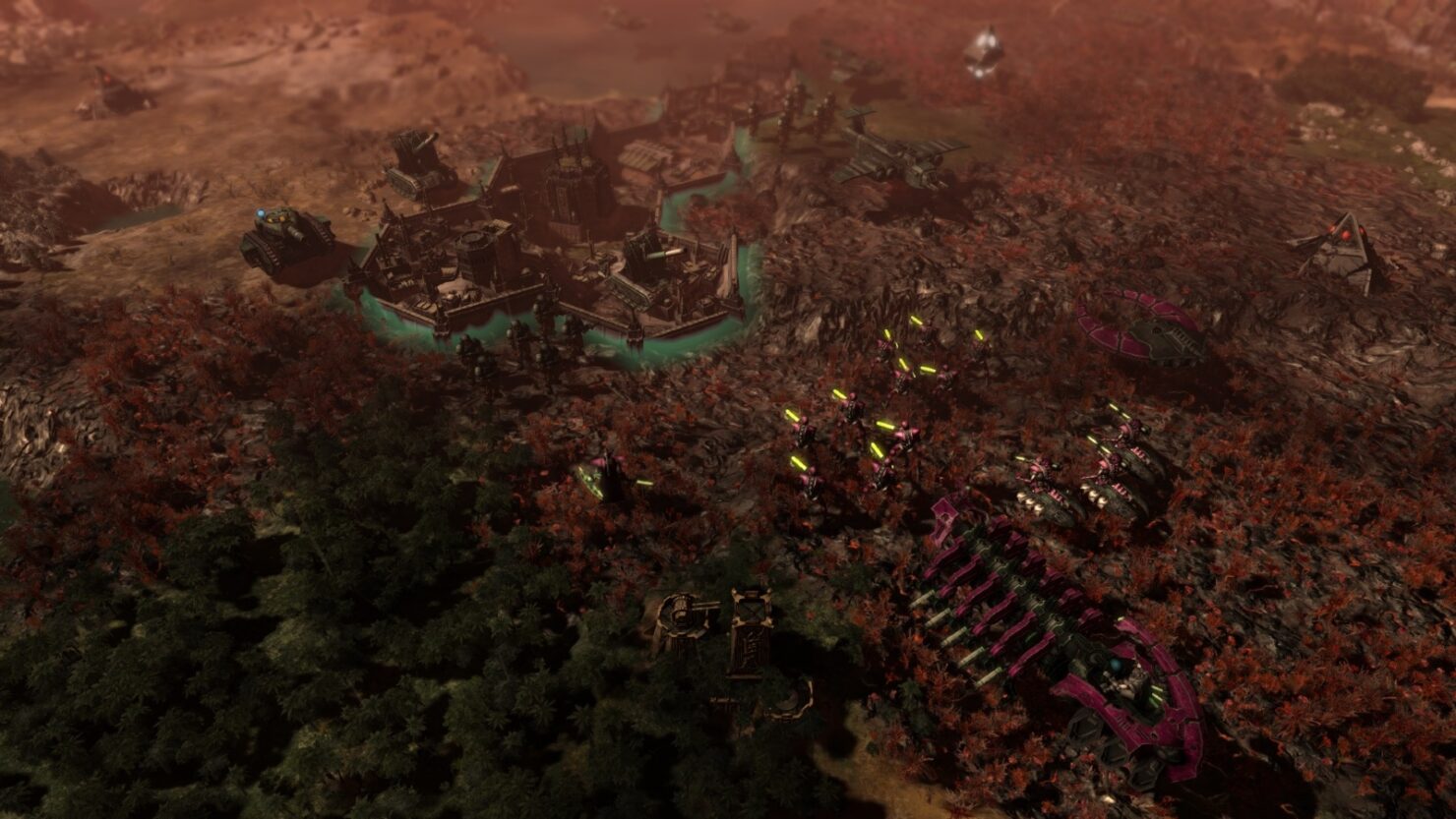 Have you ever wanted to play a 4X strategy game set in the Warhammer 40,000 universe? This is your lucky day, as Games Workshop and Slitherine (the same publisher behind Battlestar Galactica Deadlock) just announced they have such a project in the works.

Warhammer 40,000: Gladius incorporates the dark, gothic, far future science-fantasy setting in ways never tried before. A brand new, deep storyline has been created to combine elements of 4X gameplay with a combat-focused system. The evolution of technology, construction of infrastructures and exploration of an unknown world, goes hand in hand with the management of military resources, including heroes with special abilities and mighty war machines.

Warhammer 40,000: Gladius has been designed to give four totally different gameplay experiences, depending on which factions players choose. Space Marines, Astra Militarum (aka Imperial Guard), Orks and Necrons each have dramatically different characteristics, both in how they develop and expand and in the way they interact with allies and enemies. This gives the game virtually endless replay value and players the chance to play out the same experience in totally divergent ways.

In Warhammer 40,000: Gladius there is also a massive difference between playing solo or in multiplayer. The deep storyline was created from scratch to allow players to explore an entire world and lead the expansion of an empire from the ground up. The discovery of ancient artefacts and the custom-crafted quests will reveal the secrets of the planet and its mysterious history as the story progresses.

The real-time multiplayer system lets players build their own path to victory while fighting against live opponents, time and the natural perils that Gladius hides.

The game is due to release next year for PC (Windows and Linux). You can already wishlist it on Steam, where you'll also find additional information including basic system requirements.

The developers also announced that fans will be able to catch a glimpse of the game during a first look livestream due to be hosted on Slitherine's official Twitch channel, on Friday, December 1st at 7 pm GMT.

Civilization VI: Rise and Fall Gives Scotland the Freedom to Take on The World