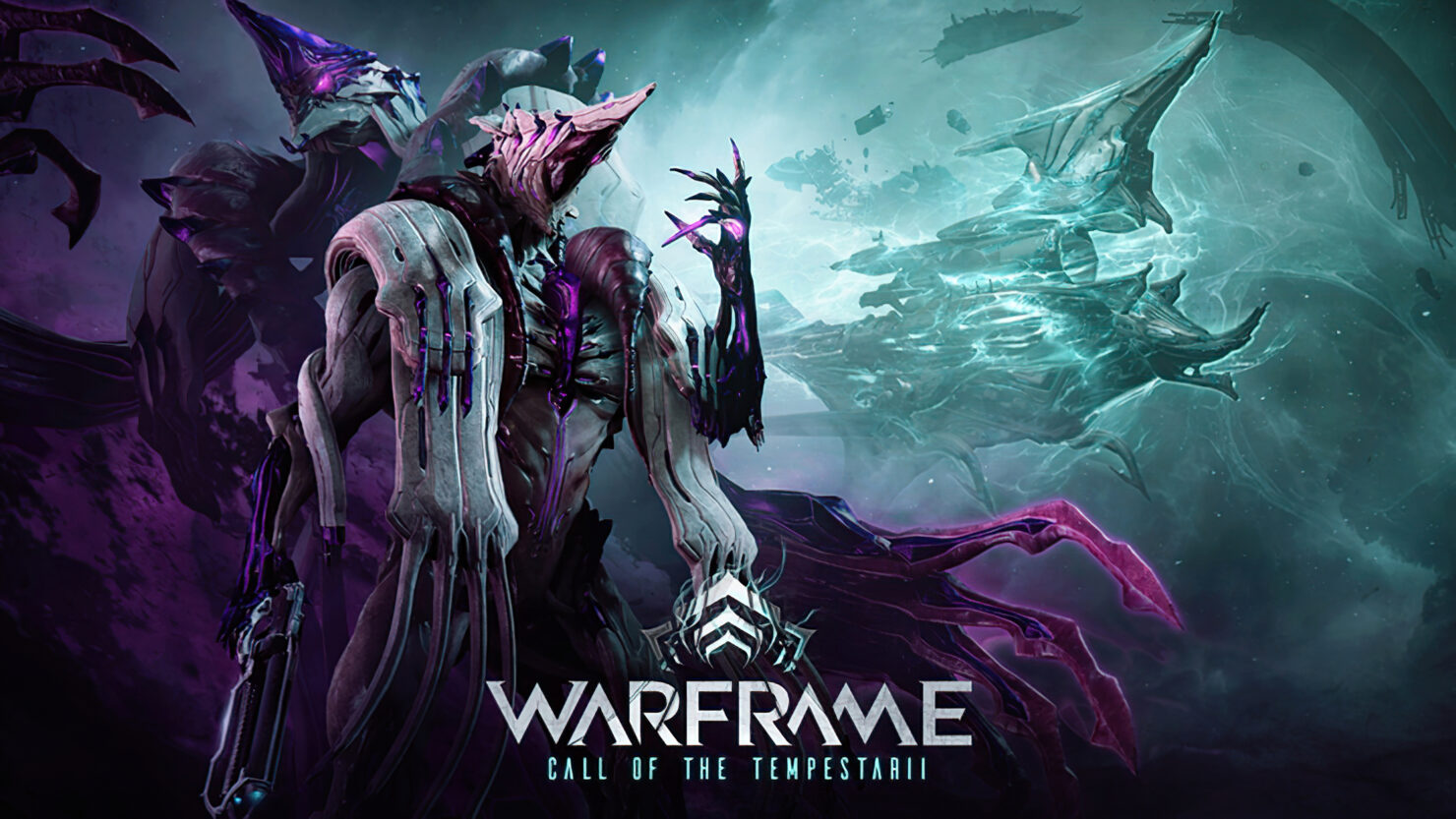 The world of Warframe, one of the most successful free-to-play action online games on the market, just received a major update titled Call of Tempestarii.

This is a highlight on numerous levels, starting with the fact that Warframe is now available on Xbox Series S and X with a dedicated enhanced version, following the prior release on PlayStation 5. Additionally, for the first time, Call of Tempestarii will be launched simultaneously on all platforms (PC, PlayStation 4, PlayStation 5, Xbox One, Xbox Series S|X, and Nintendo Switch).

On the content front, console players are getting the Corpus Proxima & The New Railjack patch that PC players already received last month. Every Warframe player, on the other hand, can now experience the new lore-based quest where they'll have to face Void Storms and new Corpus boss battles before meeting the 46th Warframe, Sevagoth, which blends heavy damage and team support features.

Ahead of this momentous update, we were able to discuss the studio's experience while developing the Xbox Series S and X ports of Warframe with Digital Extremes Technical Director Hayden Mulholland and Producer Lesley Milner.

First of all, can you begin by talking about the experience you had with the development environment of Microsoft's new Xbox consoles? We've heard that it has received quite a few changes compared to Xbox One, unlike Sony's dev environment.

Hayden Mulholland: It’s been great working with the powerful Xbox Series X|S hardware! Other than adjusting to the architecture and general ins-and-outs of a brand new platform, something that happens with the launch of every new console generation, we have had no major issues with programming for Xbox Series X and S. We’re pretty psyched about launching Warframe and seeing players enjoy our Xbox Series X|S versions!

What do you think of the Xbox Velocity Architecture, both on its own and in comparison to the PS5's equivalent?

Hayden: We have found both offerings to be quite impressive, even without having fully leveraged either offering from a programmatic standpoint at this time. It seems there is room for even further load/stream-time performance enhancement on our end.

Did you also look into Microsoft's Project Acoustics for audio on Xbox Series S and X?

Lesley: Not too long ago on Xbox One, we launched our new Impulse Response reverb, which will also be a feature on Xbox Series X|S! This brand new sound system will enable the Warframe universe to have a greater richness in all of its unique environments. This means that there will be a greater variety of spaces, greater sonic depth, and more detail.

We also updated our audio codecs. We are now using OPUS and a much-improved version of ADPCM (adaptive differential pulse-code modulation). File sizes will be smaller and the overall sound quality will be better. This transition will also improve how our game engine handles looping sounds and the clarity of audio.

We also refreshed our sample rate converter. Proper sample rate conversion is essential to eliminating audio artifacts and staying true to the original intent of the sound. All of these elements, when combined, will bring a brand new sonic experience to Warframe that we are excited for everyone to hear.

Can you share the target resolution and frame rate for Warframe on both Xbox Series S and X?

Lesley Milner: Warframe will take advantage of the power of the Xbox Series X, supporting up to 4K resolution and 60 fps. Xbox Series S will support up to 1080p and 60 fps.

The Xbox Series S was cited by some developers as the cause of headaches due to its lower specifications compared to both Xbox Series X and PS5, particularly its memory. Did you encounter any such problems? How do you feel about having a lower-specced machine that will have to be carried for the whole generation?

Hayden: Warframe caters to PC users as well as console users, so supporting two variations of a console is not a difficult matter compared to the endless variations of PC systems. Any player who chooses to play on Xbox Series S will still be able to experience similar benefits seen on the Xbox Series X, including faster load times, better graphics, and improved sound, to name a few.

You've previously teased the addition of ray tracing to Warframe. How is that coming along? When ray tracing is added to the game, will it be just for PC or next-gen consoles as well?

Lesley: That’s always a great question. Our Creative Director Steve Sinclair mentioned in a Tweet last fall -- regarding our new rendering engine -- that “phasing out the legacy system will allow us to focus our efforts on one. This will open the door for future exploration of new technologies. There’s a lot going on in ray-tracing and machine augmentation of rendering...stay tuned.” That’s pretty much the latest news I can share.

The latter part seemed like an obvious reference to NVIDIA DLSS on PC at the time. However, the Xbox Series S and X also support DirectML, which could be used for similar purposes. Can you share more about your plans when it comes to ML-augmented rendering for Warframe?

Lesley: Another good question, but unfortunately we don’t have any news to share with you at the moment.

Beyond ray tracing, are you going to take advantage of DX12 Ultimate features such as Variable Rate Shading (VRS), Mesh Shaders, Sampler Feedback for the PC and Xbox Series S|X versions of Warframe?

Hayden: The breadth of platform-specific enhancements available on Xbox Series X|S will allow us to make a number of enhancements to Warframe during the lifetime of the console.

Microsoft has promised to deliver the DirectStorage API to Windows PC, too. In your opinion, should gamers expect noticeable improvements with it even in existing titles, or will that be reserved for new titles developed with the new API in mind?

Hayden: We continually upgrade and maintain Warframe, so platform-specific features that provide a clear benefit are candidates for integration.

When you introduced the new rendering engine, you said that dynamic lighting wouldn't immediately be turned on everywhere. Do you have an ETA on when this will be implemented across the whole of Warframe, effectively phasing out the legacy system?

Lesley: As with everything we create in Warframe, we make changes in phases. As of now, we don’t have any new details to give you but expect changes like these to be made over time.

Are you still working toward enabling cross-progression and/or cross-play in Warframe? Is there any ETA on when you might provide an official update for the community on this topic?

Lesley: We get this question a lot! We’re not quite there yet, but with simultaneous platform updates like Call of the Tempestarii, we inch toward the goal of cross-play in the future.

Warframe will be fully supported on the Xbox family of devices. Regardless of which system -- whether Xbox Series X or S, Xbox One, Xbox One X -- Warframe will continue to release regular updates, bringing exciting new content to our entire community. In addition, players will be able to cross-play with their friends across all of these Xbox devices! The way we look at it, it’s one more connection that’s made between devices and it’s one more step toward more people playing together cooperatively.