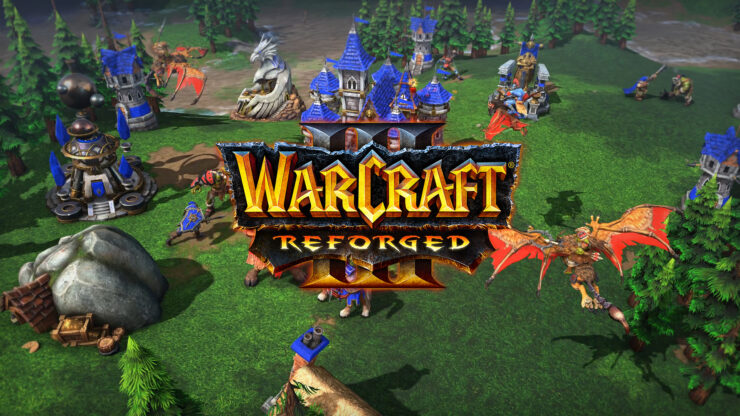 Warcraft III: Reforged is getting patches in the coming week, which will address some of the issues found in the game since launch.

In a new post on the game's official forums, Community Manager Kaivax confirmed that a soon to be released patch will address issues with the game's Classic Mode visuals. Many other issues will be fixed by this update.

One of the concerns with Reforged that we’ve seen are the visuals when selecting Classic Mode. We’ve identified the bug causing the colors and shading to look different from the original Warcraft III, and we’re testing a fix that will be incorporated in a larger patch addressing this issue and others. We expect to release that late this week. The patch will also address many other known issues, such as fixing some portrait animations and audio bugs, implementing some UI fixes, and more. Please keep an eye out for the patch notes for a detailed list of all the bug fixes.

Online features such as leaderboards and clans, which also affect the game beyond Warcraft III: Reforged, will be brought to the game in the future, but a release window for this other major patch hasn't been confirmed.

Another area of concern we’re seeing is regarding online features such as leaderboards and clans, which applies to all Warcraft III players, including those who haven’t purchased Reforged. At BlizzCon we talked a lot about how the team is actively working on standing up the back-end to ensure a smooth transition to this new MMR system, much like we did with StarCraft: Remastered. As with Remastered, these and other features will be included in a major patch for Reforged, which will also address the issue for players of the original game. We’ll share release plans as work progresses in the coming weeks—please be assured that the team is hard at work on standing these features up.

Today's update doesn't address all of the Warcraft III: Reforged concerns, but Blizzard assures that the development team is committed to supporting the game.

We know this update doesn’t address all questions, but we’re committed to the development and support of this game. We hope you’ll keep an eye out for this week’s patch and future updates and let us know what you think as we continue fine-tuning things. Until then, thank you as always for your support and passion for Warcraft III. We appreciate all your feedback and will continue to keep the Warcraft III community updated on everything we’re working on.