Looks like Microsoft is going all out in making sure that it reclaims its share of the console market. This is a vague statement and I might just be talking about more exclusives by the sound of it but as the heading says it is much more than that. Previously at E3, Microsoft announced its Xbox One Elite controller and took it to a whole another level with its customisation. But the gamers felt that there was no need for another Xbox Controller as the current version was already very easy to use and well-placed in the market. So naturally, the release of the new Elite controller shocked everyone. The new Xbox One Elite controller, priced at $150, has started taking pre-orders. You can read more about the features of the Xbox One Elite Controller here and check out our hands-on of the product here.

Now it looks like Microsoft has more in store for us as it previously announced that there are more releases to come at Gamescom for the giant as there was too much content for E3. If you thought that all the good stuff has been showcased at E3, then think again. It looks like an Xbox One Elite Console is on its way!

Xbox One Elite Console is Coming Your Way 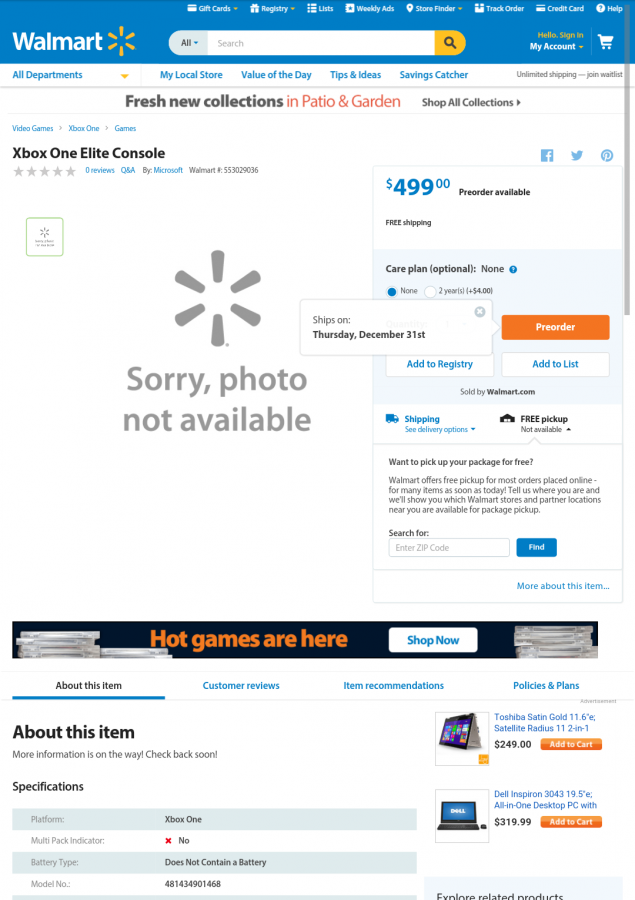 We expect that Microsoft will make the announcement of the Xbox One Elite Console at Gamescom and it looks like it is priced at $499.00 which is reasonable given that Xbox One console is currently selling for $349.99. It might be that the console comes with a new Xbox Elite Controller packaged in but we're not sure.

Packaging the Elite controller could be a smart move as it will ensure that more and more gamers get to experience the new controller as only richer gamer will buy such an expensive accessory as a standalone product. This will not only market the new controller but also serve as a means to make gaming with Microsoft much more fun.

Stay tuned for any more information on Microsoft's plan for the Xbox One Elite console or controller. Until then, do share your views about the on the 'probable' upcoming console.