E3 2015: Microsoft Announces Badass Elite Controller for Xbox One and Windows 10 – Coming Later this Year for $150

Microsoft just took its normal Xbox One controller to a whole new level. At its E3 2015 press conference today, the platform holder took the wraps off what it’s calling the Xbox One Elite Wireless Controller; a modular, remap-able and customizable work of engineering art. It is basically a normal Xbox One controller on steroids. Microsoft has announced that the Elite Wireless Controller will be released later this year in October for $150, and will be compatible with both Xbox One and Windows 10 PCs. 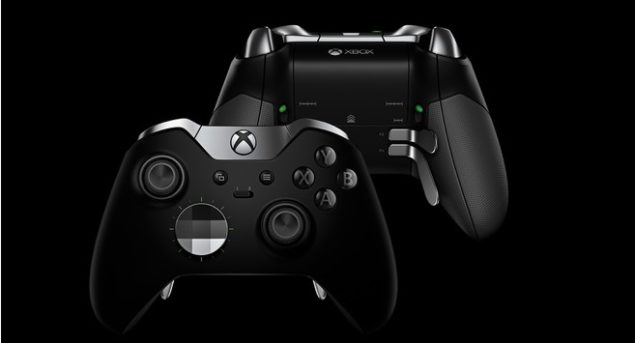 Xbox One Elite Controller is a Modular, Re-mapable, and Customizable Masterpiece - Will Be Compatible with Both Xbox One and Windows 10 PCs

Microsoft recently announced an updated controller for Xbox One with a 3.5mm jack input instead of a proprietary input, but this new badass controller is much more than just that. The Xbox One’s controller is one of the things where the company’s engineering shines. With its handy curves and aesthetics, it is one of the best controllers ever created, and now it looks like Microsoft is planning to push it to a whole new level with the newly-revealed Xbox One Elite wireless controller that comes with a number of tweaks and options, and looks nothing short of amazing.

Described by Xbox boss Phil Spencer as "an elite controller for the elite gamer," the new controller allows players to tune it as they like. It comes with hairless trigger locks for precise control in shooting video games and a textured rolling pad instead of the good old D-pad and bumpers. The best thing is that most components of the controller are swappable, which means that you can remove the bumpers, replace the new innovative joystick with a D-pad, and do a lot more. The elite controller will be launched later this year in October and will be priced at $150. Players will be able to hook it up with both Xbox One and Windows 10 PCs.

On the back of the elite controller, users will find four new customizable stainless steel paddle buttons that are fully removable. They allow players to keep their fingers on the thumbsticks at all times. Players will also have full control on thumbstick sensitivity and minimum/max levels for top triggers of the controller. A separate app will be released on Xbox One and PC that will allow players to re-map buttons and paddles. Xbox One Elite wireless controller is undoubtedly a gamer’s dream, but it also comes at a steep price.

To be more particular, here’s why the new elite controllers costs so much.