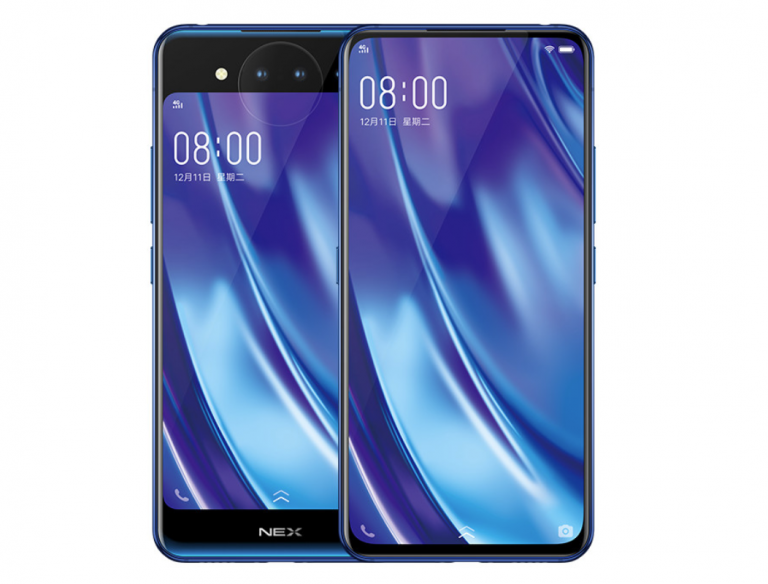 Earlier this year, Vivo bedazzled us all with the Vivo NEX; the world's first smartphone to come with a sliding front camera. The industry was engaged in a never-ending battle to squeeze out a higher screen to body ratio, resulting in some of the most atrocious looking notched abominations that the market has ever seen. The Nex came as a surprise to everyone, as Vivo is known mostly for their budget and mid-range smartphones. One would expect to see such an innovation from the likes of Apple or Samsung, at least. Today, the NEX gets its successor which employs yet another unique method of going notch-free.

One of the biggest challenges in going notch-free is the front-facing camera placement. It is career suicide to get rid of it altogether, and the best results we've seen so far involve a hole in the front panel. Vivo, on the other hand, managed to get rid of the front-facing camera in such a way that it won't affect their selfie-crazy audience. The Vivo NEX Dual Display Edition comes with two AMOLED panels which effectively allow you to take selfies using the primary camera. 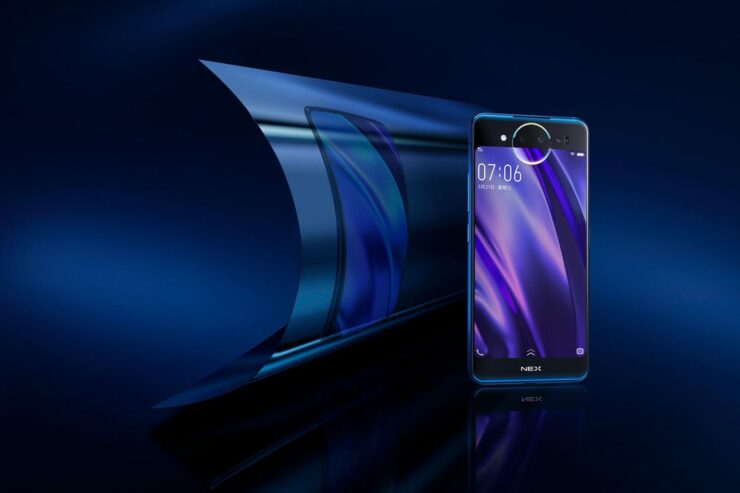 Like its predecessor, the Vivo NEX Dual Display Edition packs the latest flagship-tier hardware in the form of a Qualcomm Snapdragon 845 SoC coupled with 10GB of RAM and 128GB of internal storage. The primary 6.39-inch FHD+ display on the front of the device is a SuperAMOLED panel which has a 91.63% screen-to-body ratio. On the back, there’s another display, this time a 5.49-inch FHD SuperAMOLED panel tucked underneath the glass panel.

The primary camera is 12-megapixels with dual Phase Detection, dual-tone LED flash, a Sony IMX363 sensor, 4-axis OIS with an aperture of f/1.79. A 2-megapixel night vision camera accompanies it along with a 3D TOF camera with f/1.3 aperture. The TOF camera enables point-to-point distance measuring, 3D Modeling of the user's face for enhanced facial recognition, protection and personalised beautification. There is also a “Lunar Ring” around the camera that can light up to show notifications or provide lighting for selfies.

Lastly, the Vivo NEX Dual Display Editon comes with an in-display fingerprint sensor, USB-C, Wi-Fi, Bluetooth 5.0, NFC, 3,500mAh battery, and 22.5W fast charging (no wireless charging for obvious reasons). Android 9 Pie is also pre-loaded with Vivo’s Funtouch OS. And yes, the device has a 3.5mm audio jack. It is available in Ice Blue and Star Purple colour variants and will retail for ~$725. It is expected to go on sale in China on December 29th, and a global release should follow soon. Like the Vivo NEX, it probably won’t arrive in the United States.