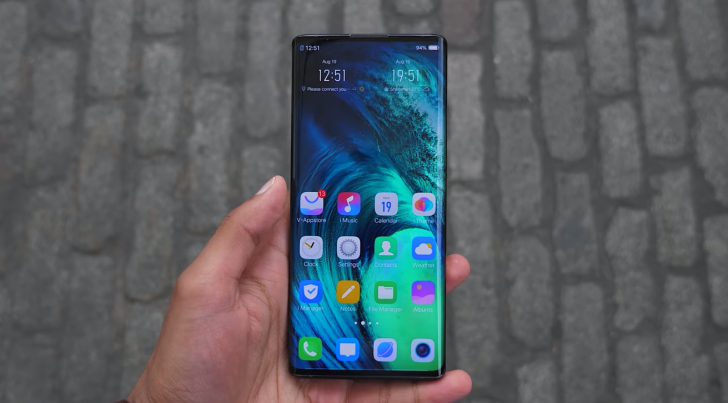 While Vivo is known primarily for its low-cost smartphones; the company has an impressive repertoire of trendsetting flagships. The Vivo Nex was one of the first smartphones to feature a pop-up camera, something that is becoming increasingly common now. The Vivo Nex 3 is expected to make its grand entry later this year, based on a teaser video. However, it appears that Vivo sent out a sample of the Vivo Nex 3 to a popular YouTuber who goes by the name Mrwhosetheboss.

The reviewer is unable to get into the nitty-gritty of the Vivo Nex 3 (at the company's request, very likely.) But, based on what we can see, a few things apparent. For starters, it sports a waterfall display, similar to the one Oppo unveiled earlier this year. We don't know the screen size or the resolution of the Vivo Nex 3, but what we do know is that the phone is devoid of any buttons. There are also no buttons on the NEX 3, instead, you get a specific ridged area on the right where you need to press for the power 'key,' and you get haptic feedback, while the volume 'keys' is above and below this one.

The back also covered by a layer of glass and it houses a new camera system in a circular island. The video didn't reveal anything about the camera specifications and merely called them 'unique'. It would be safe to assume that the primary sensor is 64MP and it'll be assisted by a wide-angle/telephoto lens along with a ToF sensor. The Vivo Nex 3 is expected to ship with the latest Qualcomm Snapdragon 855+ and copious amounts of RAM to boot. Lastly, it is also expected to support the company's 120W charging. As the title suggests, it will support 5G out of the box. And here's the best part, it'll come with a headphone jack.