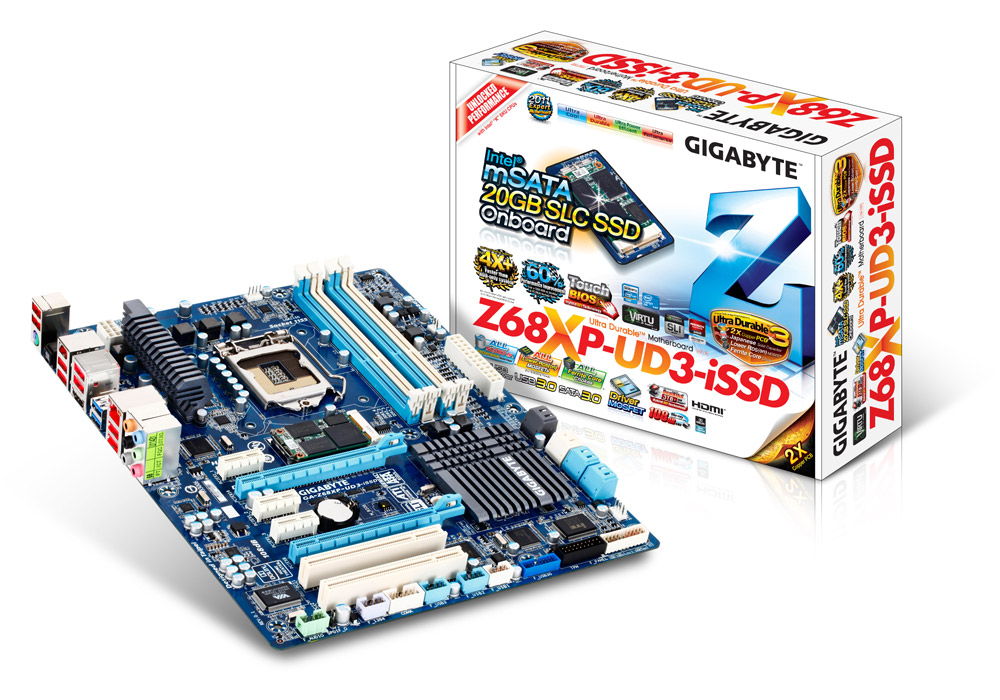 A new video detailing Gigabyte's upcoming Z68XP-UD3-iSSD has been uploaded on YouTube. The Gigabyte Z68XP-UD3-iSSD is the world's first motherboard which would feature an onboard Intel mSATA 20GB SLC SSD which is 4 times faster than conventional HDD (Hard Disk Drives) and provide upto 60% performance increase over the 7200RPM Hard Disks. You can check out the video below:

Storage options include 2 x SATA 3Gbps and 4 x SATA 6 Gbps ports while the Marvell 88SE9172 chip allows another 2 x SATA 6Gb/s connectors with support for SATA RAID 0 and RAID 1 setup. A total of 14 USB 2.0/1.1 ports (8 ports on the back panel, 6 ports available through the internal USB headers) are located on the motherboard.  The 20GB SSD could be used as a primary OS Storage drive for better performance while loading apps and boot time.