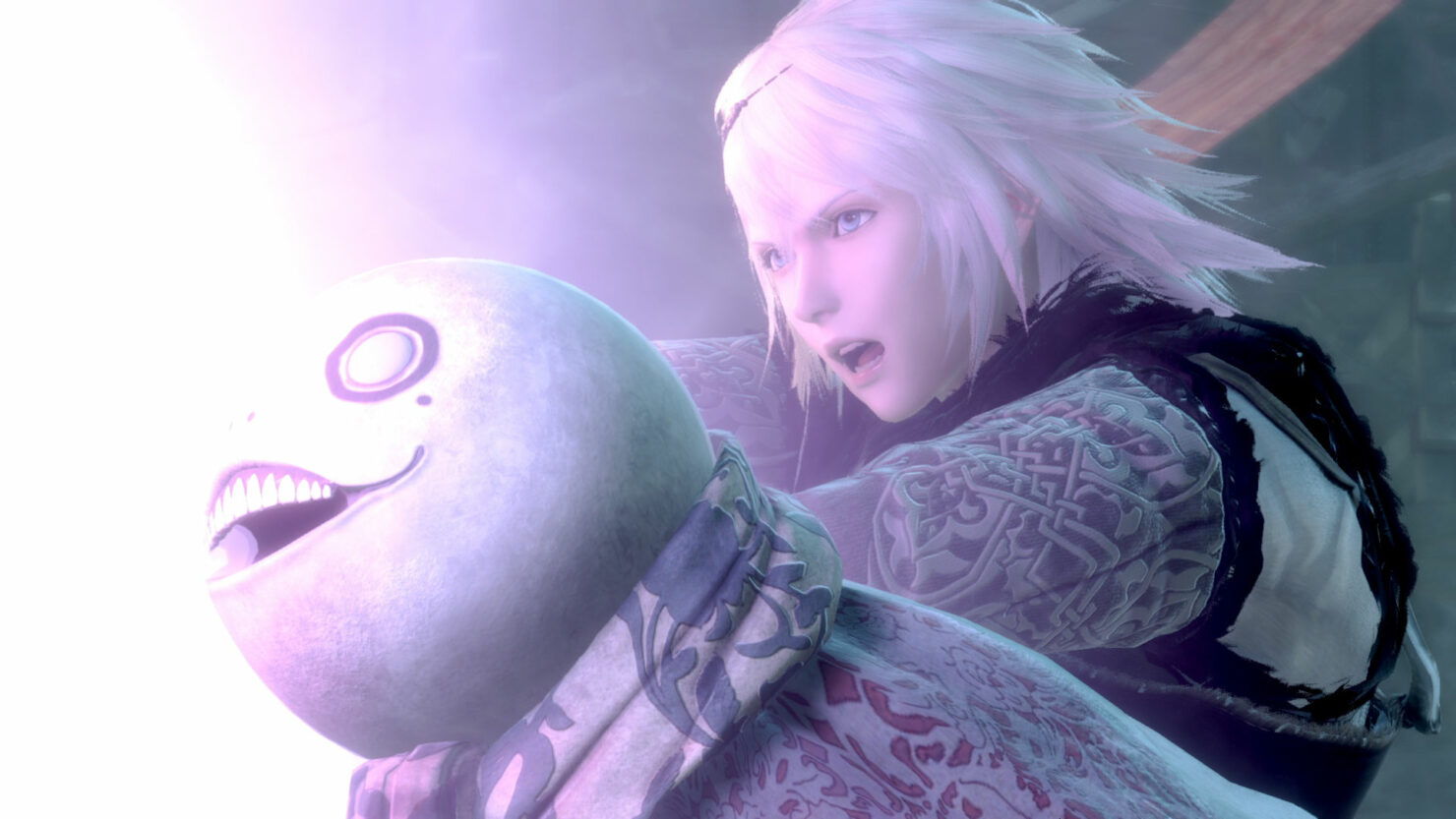 First released more than a decade ago, NieR captivated gamers with one of the few mainstream exposures to Yoko Taro's style of storytelling and focus on the various human dynamics to surviving after an apocalyptic event. No other JRPG features the same level of blood and profanity as these cavia-developed titles, giving each title under Yoko Taro's vision a unique presentation that isn't for the faint of heart. This week, we went hands-on with the PlayStation 4 version (played on PlayStation 5) upcoming release for NieR Replicant ver.1.22474487139…, the prequel to 2017's NieR Automata. 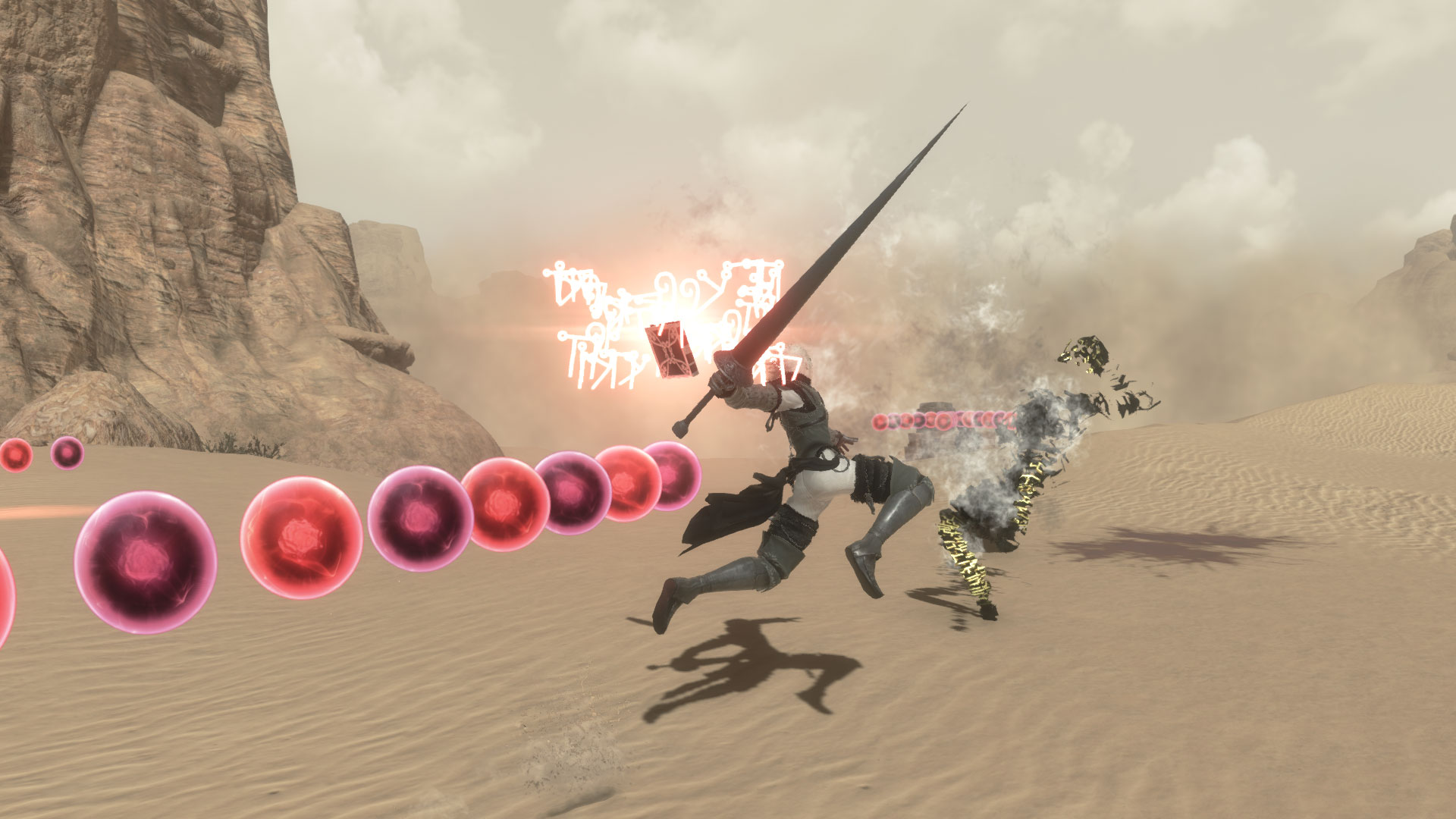 Whether you are playing NieR Replicant ver.1.22474487139… for the first time or enjoyed NieR Gestalt back in the 2010s, the overall story remains similar but with a different family dynamic between the hero and young Yonah. While NieR Gestalt was a doting father to Yonah, Replicant is the protective older brother. Either game focuses on trying to cure Yonah's affliction and the adventures out in this destroyed world for answers.

Brother NieR's toolset of weapons and magical abilities remains the same as Gestalt's from a decade ago. In addition to the chosen weapon, the player can equip four different abilities on the shoulder buttons with two automatically assigned to Defend and Evade. The other two come as magics from Grimoire Weiss and by the time I was running through the Northern Plains in the second half of the story, I had all eight Sealed Verses available to play around with. Dark Whirlwind, the spinning scythe around NieR, remained my most useful spell just as it did in the original game. By charging it up for a few seconds, the number of scythes increases to four that rotate around the character, giving him almost impenetrable defense against incoming bullet fire as well as the added perk of chipping away at the health bars of the numerous shades that learn how to block.

Combat wise, the PlayStation 4 remake of NieR Replicant remains faithful to the original's style of combat. Attacks come in light and heavy forms with a fairly freeform style of comboing that lets players change between the two without too much complication. By holding down the attack button, NieR can change his strike to offer more hits, or in some cases with a heavy attack, break the enemy's defenses. By combining the various attacks along with Grimoire Weiss' magical Sealed Verses, there's no reason that a player couldn't be attacking at all times, save for when they need to evade or jump over an enemy shockwave. Given NieR's penchant for massive two-handed swords and spears, expect the combat to have a bit more weight and impact than 2B's fighting style in NieR Automata. Because of this, there isn't as much grace to the combat, although that could be equally attributed to NieR's fighting style just as much as PlatinumGames' hand in crafting the sequel's combat designs.

The world of NieR Replicant ver.1.22474487139…. feels well-lived in as a setting that features humans still trying to survive in their own ways some centuries in the future after the collapse of modern civilization. A massively sprawling highway dots the Northern Plains, left in disrepair and literally falling to pieces after centuries of disuse. The Aerie off to the west features a hermetically-based society that are just as reclusive as they are xenophobic as they are to any and all outsiders. To the north lies the Junk Heap, a one stop shop for all manners of weapon upgrades and dungeon spelunking for machine parts (which never come without conflict and combat) run by a pair of brothers. 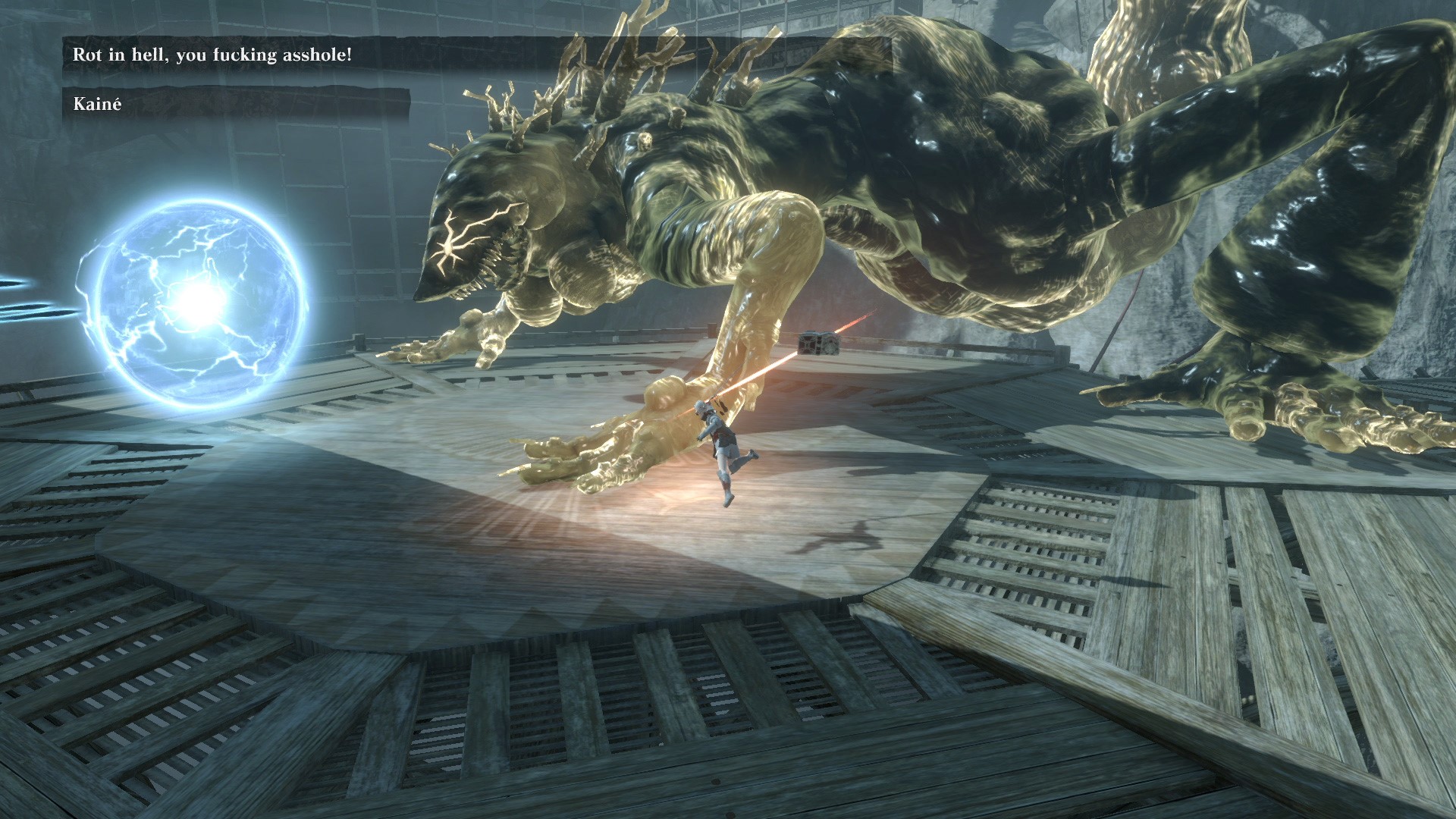 If you were first introduced to NieR Gestalt by the vulgar stylings of Laura Bailey's role as Kaine, those lines are delivered just as faithfully in the new release of NieR Replicant. The original voice work remains wholly intact with this sequel, with Brother NieR's voice work being handled by Zach Aquilar (Byleth) and Ray Chase (Noctis) instead this time around. If you prefer the Japanese dub, that can also be selected from the Main Menu and unless you imported a Japanese copy of NieR Replicant for PS3, this will be the first time players will hear the alternate voice work.

The most obvious benefit to the PlayStation 4 release of NieR Replicant ver.1.22474487139…. is in the added performance bump. Combat runs at a fairly stable 60 frames per second and while most of the environments and textures retain that brown and green look of the PS360 generation, some textures like the flooring have been enhanced. Considering that this is a very faithful remake, don't expect to see a complete overhaul unless Yoko Taro adds in some surprises in the latter half of NieR Replicant ver.1.22474487139….

NieR Replicant ver.1.22474487139…. so far feels familiar in all the right ways. The muscle memory for comboing with the Phoenix Spear and Dark Whirlwind came back after a decade away from Yonah and it took no time at all to feel comfortable with murdering through plenty of shades across the open plains. I'm eager to see what Yoko Taro will change things up with between now and the final release on April 23rd. After all, I don't think we'll see Square Enix publish a brand new NieR title without changing things up in some interesting ways. With less than a month to go until launch, I can certainly say that NieR Replicant ver.1.22474487139…. is one of my most eagerly anticipated JRPGs to come in 2021.