Video: Someone Got Doom Up and Running on MacBook Pro’s Touch Bar 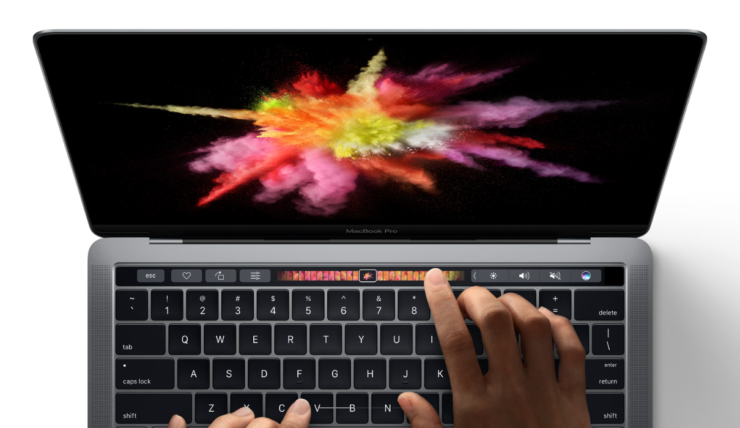 Remember the classic game Doom? Well, someone got it running on the Touch Bar, the ultra thin, flat OLED strip on new 2016 MacBook Pro.

It's pretty obvious why the Touch Bar exists on the new MacBook Pro, and what it does. It's a supportive input method for the currently active app on the display. For instance, if you are editing a photo in Photos app, you'll see different sliders and whatnot in order to manipulate what's on-screen rather than fiddling with the mouse to do the same. The buttons on the Touch Bar change according to the type of app running and display a regular set of controls when you are sitting idle. So, basically, it's not a place where you'd play games.

One developer, who goes by the name of Adam Bell thinks otherwise.

He managed to load up Doom on the Touch Bar and went on further to show on video that it can be played as well. But of course, the Touch Bar is an extremely thin piece display in itself that is not meant for something like this at all. And as you can see in the the video, everything looks stretched out from one corner to the other.

Given how Doom looks on the Touch Bar, it's a clear sign Apple doesn't want anyone out there to use the newfound hardware for gaming at all. The mighty Retina display above it exists for that purpose and everyone should realize this instantly. But nonetheless, someone got Doom running on the Touch Bar, and that's exciting new for us, regardless.

The Touch Bar along with the new MacBook Pro saw the light of day a few days back. It would be interesting to see how developers manage to utilize it in creative ways. For music and video editors, the new hardware is a heaven for taking control of what is on screen. But it remains to be seen whether or not it will catch on with users in the long run.

Initial reviews of the MacBook Pro with Touch Bar are absolutely mixed. Some even go as far as saying that it's not a 'Pro' notebook at all, given the lack of ports. But despite all that, Apple managed to pack in some serious muscle inside that thin chassis.