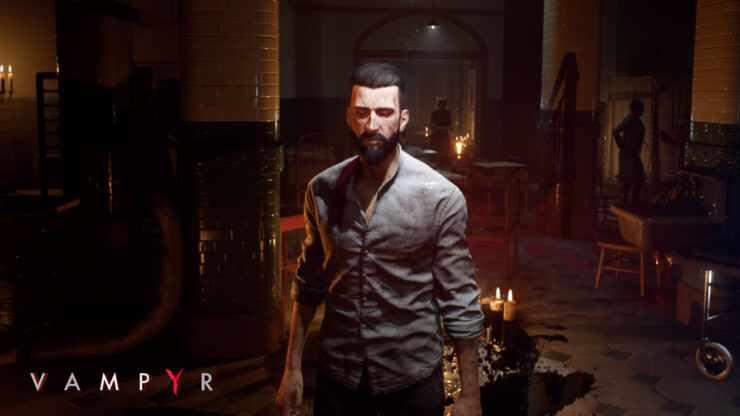 A new trailer has been released for Vampyr, the upcoming role-playing game developed by Dontnod Entertainment.

The new trailer, which can be watched below, focuses on the game's story and how Jonathan Reid has to deal with his having been reborn as a vampire following his return from the Great War.

Returning from the frontlines to a London devastated by war and disease, Dr. Jonathan Reid awakens to a once-hidden world of ungodly creatures, secret societies and vampire hunts. In Vampyr, you play as Jonathan Reid, a doctor in 1918 London newly-turned into a vampire following his return from the Great War. His convictions blown away, Reid discovers the existence of a dark new world where supernatural creatures and secret societies live together in the shadows... and he is now part of this world.

As a newborn vampire shattered by an irrepressible thirst of blood and thrust into a strange new world, Reid attempts to interpret the supernatural in the best way he knows how: rational thinking. However, between ancient societies, mysterious murders and an imminent large-scale vampire hunt, his scientific assurances are challenged like never before.

Driven by a personal desire to learn who caused his transformation and why, Jonathan Reid continues working to find a cure to the devastating disease that decimates its citizens. But doing so, he must confront his nature as a blood-drinker and the terrible temptation to feed on those he swore to protect…

Vampyr launches on PC, PlayStation 4 and Xbox One on June 5th.