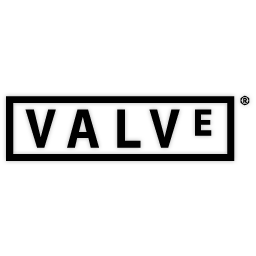 Valve takes a step forward in the universe of players' creations. The company, after creating sagas like Half-Life and Counter Strike, has started a new bet to allow its fans to design and sell merchandise based on their intellectual properties.

That is why Valve has announced its alliance with 3D printing company Shapeways, which will empower fans to sell their own creations and receive a percentage for the operation.

"Starting today, you can take advantage of a new Valve licensing agreement on Shapeways. This will not only allow you to create merch around any of Valve’s games and game assets but also mods and accessories for hardware like the Steam Controller and Steam Link," Shapeways stated in a press release. "For Shapeways designers, this means that the Valve and Steam game communities will now have access to your products, and you can advertise and promote your Valve-related products anywhere you like."

The alliance between Valve and Shapeways will run through a program in which interested fans and creators can obtain permission to create a 3D printed work inspired by the company's game or hardware properties.

Shapeways, for its part, will offer the necessary inputs to unleash the imagination of players, which includes more than 60 types of plastic, ceramics, and metals, so that creators can only upload their models to the site and choose the number of units if they want to receive them at their homes or businesses. In addition, Shapeways offers its own sales platform so that only the quantities purchased by the interested parties are printed and thus simplify the process.

However, as far as sales percentages are concerned, Valve will receive 10% from it as royalties for the use of the official license of its products and authorization for the creator and seller to be able to market their impressions online or by other media.

"We’re thrilled that Valve has decided to embrace and empower its fan community in this way, and we’re confident it will pave the way for a new movement in companies engaging with fandoms," Shapeways internet CEO Tom Finn said.

This initiative of Valve and Shapeways sets an interesting precedent for the most creative players in the community because in this way they will be able to create and sell homemade products without committing trademark infractions.

In recent news, the company has removed almost 200 ‘Fake Games’ from Steam.