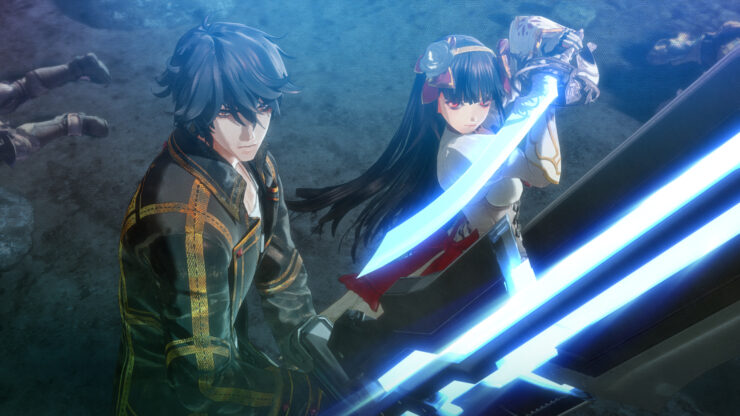 Sega announced today that Valkyria Revolution, formerly Valkyria: Azure Revolution will be coming to Xbox One, PlayStation 4, and PS Vita next year.

The game was previously known as Valkyria: Azure Revolution, the game will follow the exploits of five friends who are on a quest for revenge after war consumes their lives. The friends are referred to as 'Circle of Five' whose combined influence will have dramatic ramifications. Revolution will be a departure for the franchise since it will be set in an alternate timeline, during the European industrialization era.

The gameplay will feature a more 'action oriented' combat as opposed to the traditional turn-based strategy the series is known for. Valkyria Revolution will retain its gorgeous canvas look using the Gouache rendering engine. Let's not also forget that legendary Chrono Trigger composer Yasunori Mitsuda will be lending his talents to the game's soundtrack.

In case you're wondering why they dropped "Azure" from the original title, today's press release explained why. It's a good look at the behinds the scenes at a games localization process:

1.) The way the first Valkyria title was localized had a really nice ring to it: Senjou no Varukyuria (lit. Valkryia of the Battlefield) became Valkyria Chronicles. When faced with Aoki Kakumei no Varukyuria (lit. Valkyria of the Blue Revolution), a literal translation was unwieldy, and difficult from a graphic design standpoint as well, and adding in extra punctuation (e.g. Valkyria: Azure Revolution) didn't help either. So we stuck to a similar cadence of the first Valkyria title and went with a two-word title. Plus:
2.) Given how vastly different the two games are (Revolution drops the turn-based gameplay, takes place in a different time period, different world, different almost everything), the new name helps to ensure the two titles stood equal but apart from each other.

Valkyria Revolution will be available in Q2 2017 on Xbox One, Playstation 4, and PS Vita.