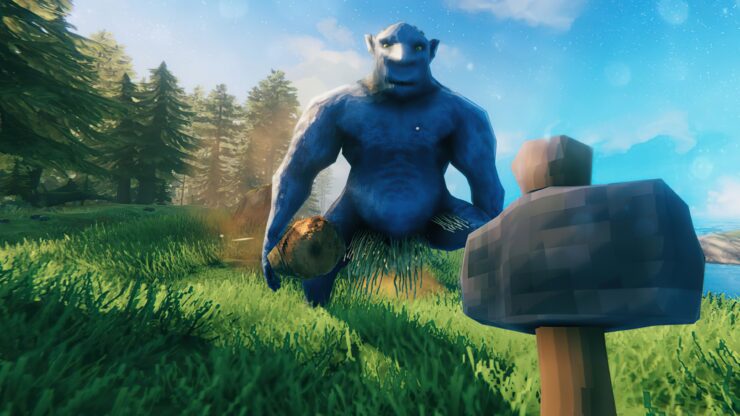 As far as requirements go, you'll have to first install the BepInEx mod framework to get this Valheim VR mod working. Additionally, keep in mind the following: Vulkan support doesn't work, so you need to run DX11 instead; launch SteamVR and close the Steam VR dashboard before starting the game; disable Bloom and Anti-aliasing in the graphics settings.

Below you'll find additional info from the creator of the Valheim VR mod and a video demonstration of it.

The mod will let you play using native Open VR support in full stereoscopic 3D. Motion controls are not yet supported, but they are in the works. Some limited GUI interactions are currently supported (you can point/click on the GUI with a laser pointer assuming you have UseOverlayGui off and you can point the placement mode stuff but it's not yet fully functional). Aside from that though, the GUI is compatible with M&K controls.

This Valheim VR mod is primarily meant to be played in first person, but it does support zooming out using the mouse wheel to a third person overhead camera if you prefer. I mainly included this to help get better angles when building stuff, but play how you like 🙂

When in first person mode, I've made the head invisible. There are some animations that cause the character model to lunge forward sometimes, such as chopping wood. This results in seeing a headless character model lunge out in front of you. I initially had the camera tied directly to the head location, so the camera was dragged along with these animations. While more realistic in a sense, it was quite uncomfortable to be moved around in this way, not to mention other slight movements like head bobbing while walking etc. Therefore I disconnected the camera position from the head and just place it at a fixed height above the player model - this results in smooth walking and no more uncomfortable motions - with the tradeoff being that you see some goofy animations sometimes - but the tradeoff for VR comfort is definitely the right tradeoff.

As stated in the configuration section, I'm still trying to find a good programmatic way to find the exact coordinates of where the player model's head should be - right now I can get very close, but have to apply a constant offset to get it just right. As a result, based on your tracking setup, it might be offset off the character when you start the game. You can use the arrow keys to adjust the head position in game if you keep EnableHeadRepositioning turned on in the mod's config. This is not an ideal solution and I hope to be able to find a way to accurately find the center of the player model body going forward.