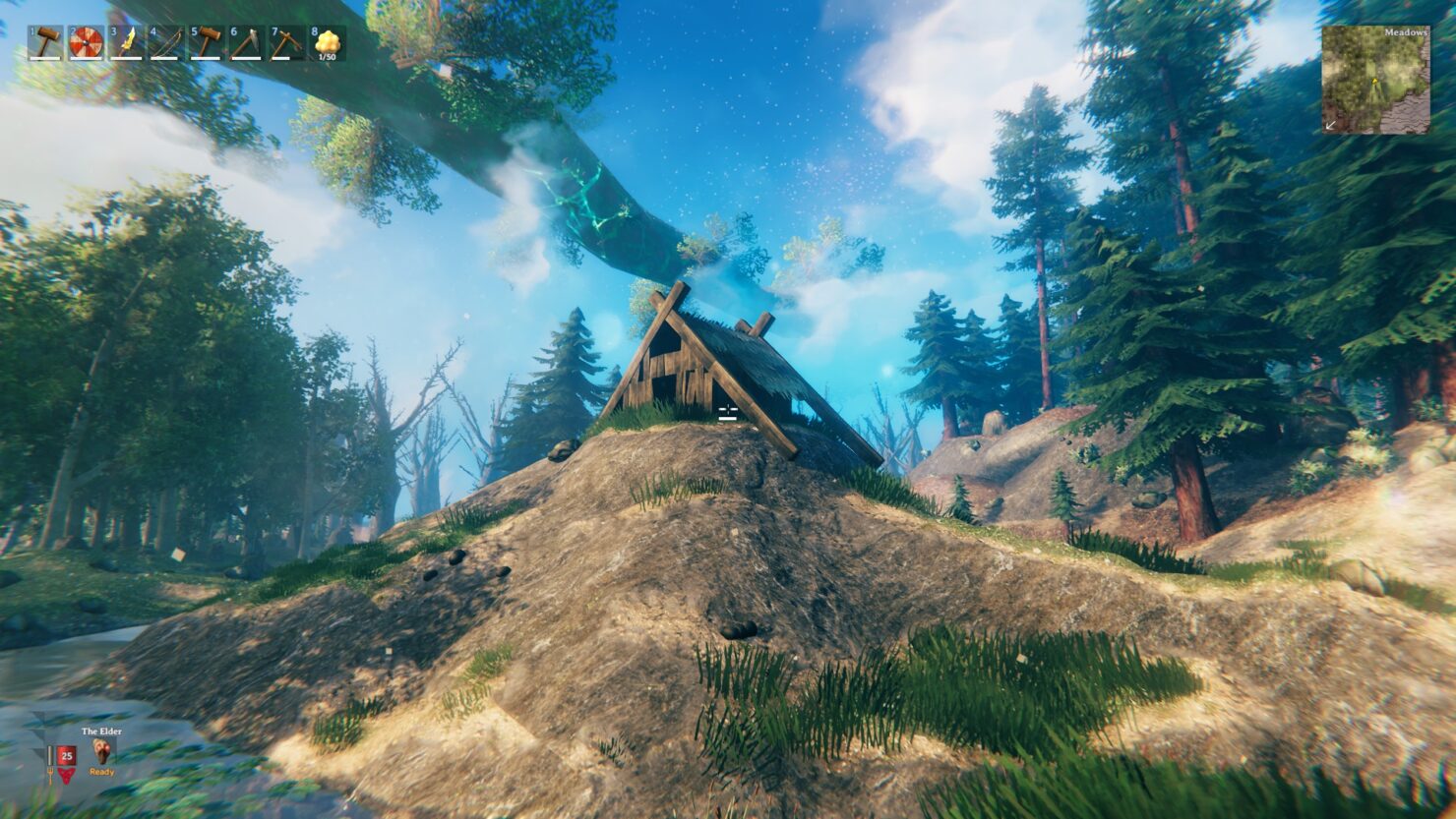 A new Valheim texture pack has been released online, introducing new high-quality textures to the game.

Welcome to Willybach's HD Valheim. My attempt at overhauling the look of the game, making it more photo-realistic whilst staying as close as I can to the original look and feel of the game. Similar colour palette where possible etc. It currently covers most biomes and most Building and Crafting textures. What's still missing are armors, weapons, creatures and animals and Ocean and Mountain biomes.

Also, loading times are drastically reduced, as well as performance (certainly in my case). There are some things that can only be done in vanilla file structure at present. Also issues such as Rocks reverting to vanilla textures when struck are not present now (perhaps it is possible with CustomTextures, I just couldn't figure it out)

The Willybach's HD Valheim pack can be downloaded from Nexus Mods.

Valheim is now available on PC via Steam worldwide as an Early Access title.

A battle-slain warrior, the Valkyries have ferried your soul to Valheim, the tenth Norse world. Besieged by creatures of chaos and ancient enemies of the gods, you are the newest custodian of the primordial purgatory, tasked with slaying Odin’s ancient rivals and bringing order to Valheim.

Your trials begin at the disarmingly peaceful centre of Valheim, but the gods reward the brave and glory awaits. Venture forth through imposing forests and snow-capped mountains, explore and harvest more valuable materials to craft deadlier weapons, sturdier armor, viking strongholds and outposts. Build a mighty longship and sail the great oceans in search of exotic lands … but be wary of sailing too far...