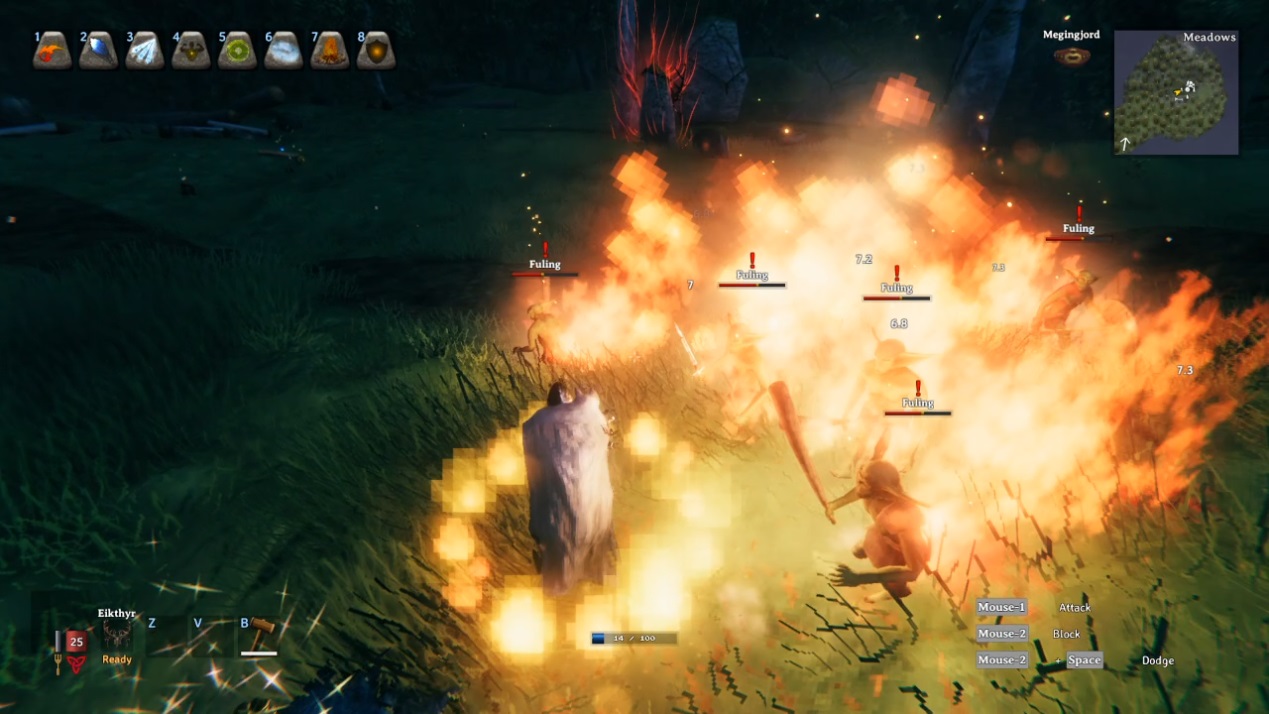 A new Valheim mod that has been released online a few days ago spices up the experience considerably with a new gameplay mechanic.

The Skyheim - Valheim Magic mod introduces magic spells inspired by The Elder Scrolls V: Skyrim into the game developed by Iron Gate Studio. Once the mod has been installed, bosses will drop a crafting ingredient that can be used to craft and upgrade runes that grant access to different spells.

Skyheim is a magic mod aimed at providing balanced progression and a reason to go back and slay bosses. Each boss drops a crafting ingredient that can be used to craft and upgrade runes that will allow you to cast a variety of spells both beneficial and destructive. Along with boss drops you'll also require some items that can be found in dungeons, giving you incentive to seek them out as well.

In addition to the spells themselves Skyheim adds mana as a resource and a persistent cooldown system.

The Skyheim - Valheim Magic mod can be downloaded from Nexus Mods.

Valheim is now available on PC via Steam worldwide.

A battle-slain warrior, the Valkyries have ferried your soul to Valheim, the tenth Norse world. Besieged by creatures of chaos and ancient enemies of the gods, you are the newest custodian of the primordial purgatory, tasked with slaying Odin’s ancient rivals and bringing order to Valheim.

Your trials begin at the disarmingly peaceful centre of Valheim, but the gods reward the brave and glory awaits. Venture forth through imposing forests and snow-capped mountains, explore and harvest more valuable materials to craft deadlier weapons, sturdier armor, viking strongholds and outposts. Build a mighty longship and sail the great oceans in search of exotic lands … but be wary of sailing too far...