Those who have been anxiously waiting for the arrival of OnePlus 2 will be required to wait a little longer because OnePlus has not delayed nor shortened its timetable of releasing the handset during Q3, 2015. While there were several leaks stating that OnePlus 2 would be featuring Qualcomm’s Snapdragon 810 SoC, it has now been confirmed that the smartphone will be running the latest version of the company’s flagship chipset, which happens to be V2.1. Let us hope Qualcomm’s efforts are finally able to bear fruit this time. 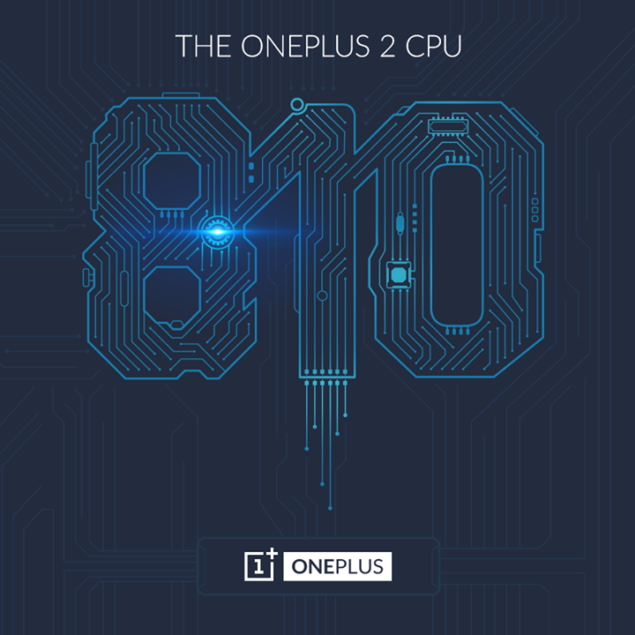 Thanks to popular social networking giant Facebook, an image stating which chipset would be running inside OnePlus 2 had been revealed. Even though Xperia Z3+ and Xperia Z4 are running updated versions of Snapdragon 810, temperatures as high as 69 degrees Celsius were reported on the aforementioned devices, which does not give consumers any confidence when the intend on purchasing the upcoming handset. However, in order to allay the concerns of future potential smartphone owners, OnePlus has detailed in its blog that:

“Although there have been reports that the 810 runs warmer than its predecessors, we assure you that we have taken all the necessary precautions and beyond to prevent this from occurring in the 2. We worked very closely with Qualcomm’s engineers to integrate an improved version of the chipset (v2.1) in the OnePlus 2, and fine-tuned both hardware and software. The 2 will be cooler than ever. Inside the 2, the 810 consists of several CPU processors. Layered on top of these processors is both thermal gel and graphite placed across different areas of the phone. This graphite ensures that heat generated from the processors will dissipate evenly, as opposed to being concentrated and leading to performance issues. After rigorous testing, the 2 meets the industry standard for phone temperature, even with hours of use.” 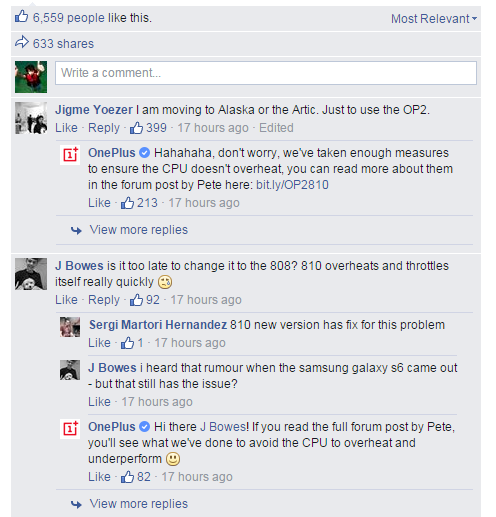 Let us hope that whatever new engineering approach OnePlus and Qualcomm have decided to take, it works out well in their favor.

Since we have seen too many evidences of Snapdragon 810 go beyond its thermal limits, a proper temperature benchmarking test is going to have to be carried out in order to ensure that OnePlus 2 is free from the overheating and thermal throttling plague.