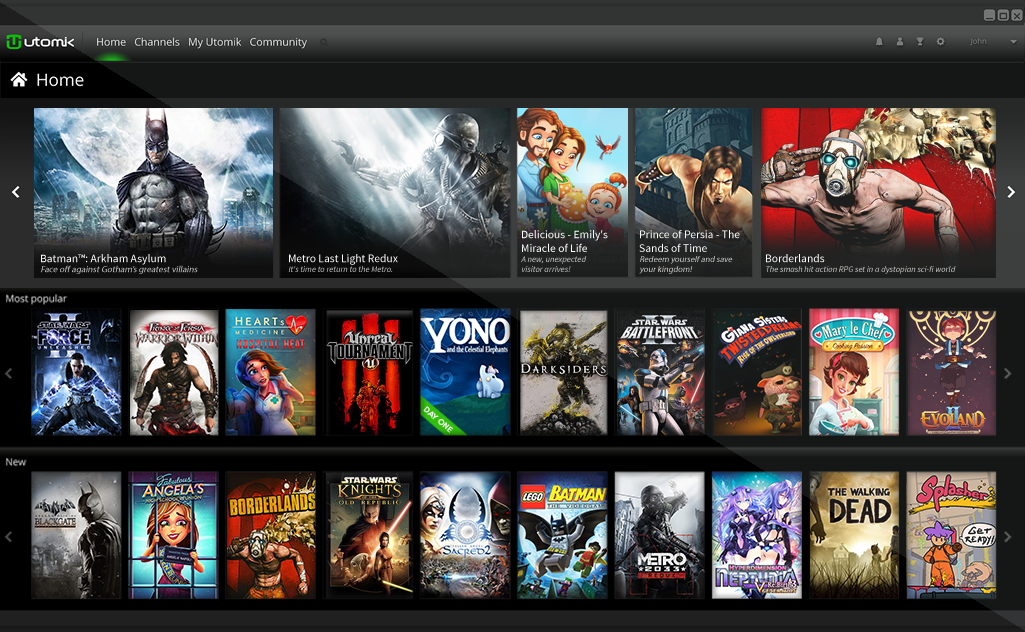 Utomik, the subscription Netflix-like service for games founded by a USA and Dutch-based startup, is launching out of its Beta phase today.

Utomik has a growing library of 760 PC games from approximately a hundred publishers, with an average of twenty new titles added on a monthly basis. The firm boasts that the library is, therefore, larger than other subscription services like Xbox Game Pass and PlayStation Now.

Some examples are games from Warner Bros. Interactive Entertainment, Disney, SEGA, Epic Games, THQ Nordic, Curve Digital, and later this Summer even IO Interactive will bring their acclaimed Hitman franchise to the library.

Contrarily to what you might expect, this isn't a streaming based service. Utomik instead makes use of a 'smart download technology' which will initially download a small part of the game on your PC while the rest will be downloaded after the user starts playing, similarly to other

Below you can find the currently available options for subscribers - a personal plan and a family plan. There's also a two-week free trial; furthermore, users who have been subscribers since before December 19th will keep the open beta price of € 5.99 for as long as they stay subscribed. On the other hand, if you've subscribed after December 19th and today you will be able to keep the € 5.99 price for a year before reverting to the normal € 6.99 price.