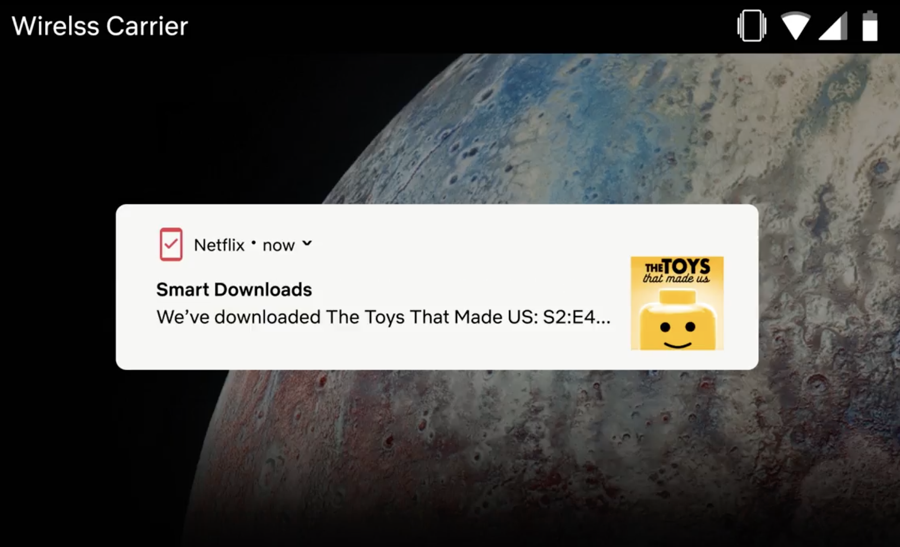 Netflix has announced a brand new feature called 'Smart Downloads' and it will be available today for Android and later on for iOS.

The ability to download movies and TV shows straight from Netflix mobile app is a very handy feature. But the only downside is that you have to do everything manually. So, in order to combat this situation, Netflix is rolling out a new feature today called 'Smart Downloads.'

The feature is perfect for those who love binge watching TV shows, don't want to burn through their data allowance, and certainly do not like the process of going through the download process manually. Once the feature is enabled, as soon as you're done watching a downloaded episode or two on your device, the Netflix app will download the next one whenever you're connected to WiFi and delete the previous downloaded ones so that you save a ton of storage in the process. This in turn means that you will have something to watch on your phone or tablet even if you don't have good cellular coverage. But obviously, you must stop by a WiFi hotspot in order to make everything happen.

The Smart Downloads feature is available today for Android users and will be available on iOS later this year. Of course, Netflix requires a paid subscription in order to watch or download movies or TV shows, something which we're sure you know about already.

Smart Downloads can be turned off straight from the app's settings if you like. Obviously turning it off means that you will end up saving battery life but you'll be back to manual times of downloading shows and whatnot. The choice is yours.

The basic Netflix plan starts at $7.99 which allows you to stream content in standard definition on one display. This also allows for downloading movies or TV shows on just one phone or tablet. The Premium plan however, will set you back $11.99 a month that allows you to stream shows and movies in 4K HDR and you can view content on four screens or download them on four phones or tablets.

The app for both iOS and Android, however, is absolutely free, and you can grab it from the links below.