Facebook had previously removed the ability of its social networking app to send and receive messages; an operation which had to be carried out using the company’s standalone application called Messenger. Now, the social networking giant has brought in a new feature that exudes a ton flexibility; not requiring a Facebook account in order to log in to Messenger. Though both of its mobile applications need significant improvement on all mobile platforms, we are glad to see that the company had shifted its focus in the right direction. 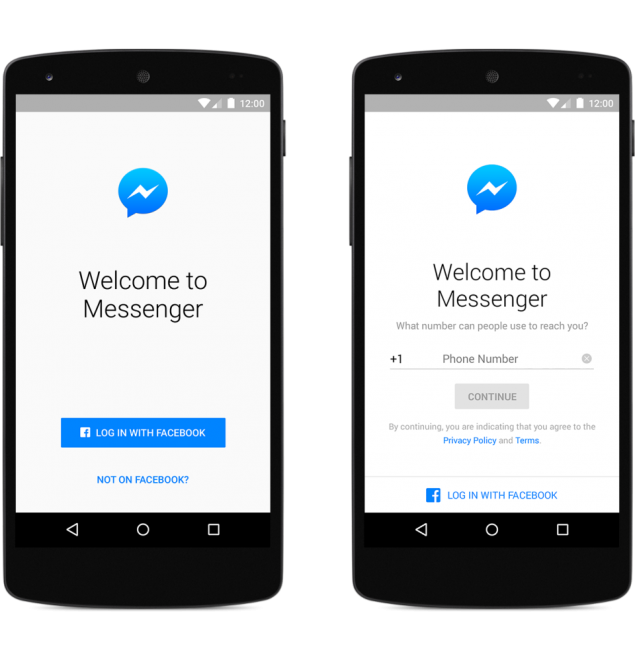 If you thought that logging in to Messenger became easier, you have not heard the best part yet. In addition to not requiring a Facebook account, users will not be required to use the application through the tedious email address verification process. In order to start using Messenger, you will only be required to enter your first and last name, along with your phone number, and a photo.

According to Facebook’s Newsroom the following has been stated:

“With this update, more people can enjoy all the features that are available on Messenger, including photos, videos, group chats, voice and video calling, stickers and more.”

The latest statistic states that Messenger plays host to approximately 700 million monthly users, and using this approach, new users could come back to the social networking platform through the Messenger application.

“People can easily message with their Facebook friends and contacts, access their Facebook messages, and take advantage of multi-device messaging across mobile devices, the web, and tablets. With this update, more people can enjoy all the features that are available on Messenger – including photos, videos, group chats, voice and video calling, stickers and more. All you need is a phone number.”

So what do you guys think? Do you think this will compel non-Facebook users to commence using the Messenger application? Do let us know.