Closely following Verizon, AT&T is now rolling out the latest Android 4.4 KitKat update on the Moto X devices. You can now update AT&T Moto X to Android 4.4 KitKat officially! Earlier this week, everyone - especially Nexus owners - were surprised by Verizon's announcement of bringing Android 4.4 to Moto X. Remember this update had come before even Google updated its Nexus 4 with its latest OS. Oh, the ironies!

Closely following Verizon Wireless, and then T-Mobile, today AT&T has also started rolling out the latest Andoid 4.4 KitKat for Moto X. Among major U.S. carriers, only Moto X owners on Sprint are left alone now from this major OS update. 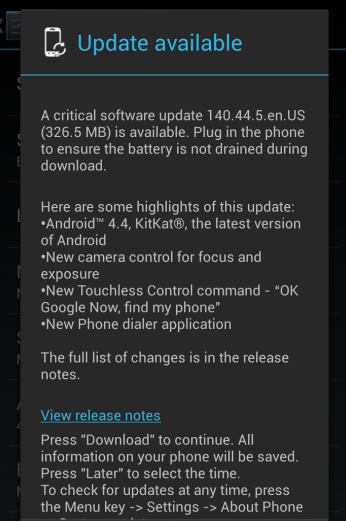 Here is what Motorola is offering with the latest Android 4.4 KitKat - Changelog from Motorola Global: