While the rumors regarding Apple’s plans to release next generation iPod and iPhone continue to haul, a few unprecedented facts are continuously deciphering Apple’s baffling plans for this fall.

Leaked images of iPhone 5, a white iPod Touch and iPhone 4S have been surfacing the web for quite some time but none of them comes from a source of credible information that is Apple. Still Apple has not revealed any details of what it has planned for the upcoming fall but some things speak for themselves.

A screenshot was received to 9to5mac from a user which shows an iPod Touch running iOS 5 Beta 4. The leaked screenshot shows a toggle for downloading documents from iCloud via Cellular Data on an iPod Touch. Believe it or not Apple has finally integrated 3G Connectivity into the iPod just like the iPad and who knows Apple’s intentions of presenting the next generation iPod Touch as an iPhone without the phone! 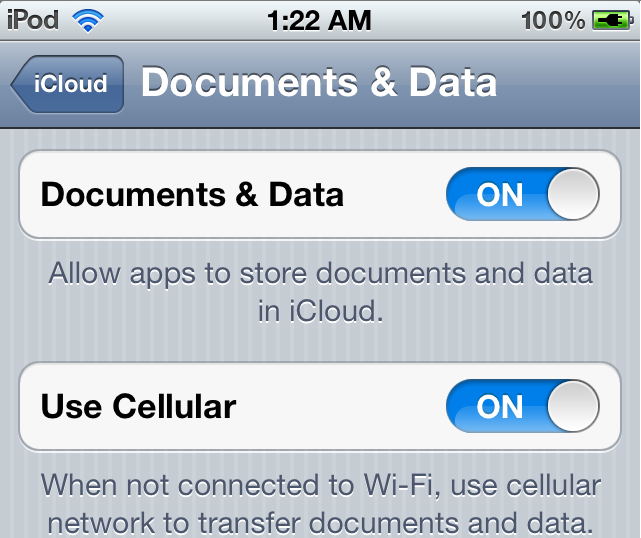 Apple’s current iPhone 4 is priced at $650, the new 3G capable iPod Touch can be a good competitor of low range Android devices. The fact of the matter however remains that either Apple is finally heading towards a range of low priced to high priced iPhones or it’s just another regular upgrade to its iPod line. We’ll have to wait till September to draw any valid conclusions.

We'll keep you well versed with further updates from the tantalizing world of Apple .