Apparently the guys at a Chinese micro blog got a hold of the images of the upcoming iPhone 4S/4GS that had been leaked out onto the online blogging world of ours. 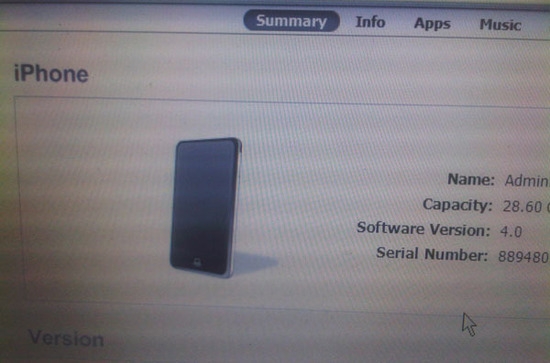 As according to the images, there are more confirmations of the upcoming variant coming in two versions as shown from the two different distinct screen sizes. The iOS on this variant seems to be a covered up version of the upcoming iOS 5 operating system for the iDevices.

The engineering sample screen seems to have more exposure than the earlier one found in the original iPhone 4. Also, it seems as if the silver steel type edge covering is present in the prototype even though they had been discontinued in the last iPhone's design since the 3GS. The design had to be re improved since again the iPhone 4 had been a victim of the signal death grip problem since it's launch last year in the summer. However the problem had been rectified in the White iPhone 4.