There is surely a lot going on nowadays at Rockstar as the developer is getting closer to launch it's 2013's record-breaking blockbuster open world action adventure video game called GTA V on the latest consoles and PC, and there are rumors suggesting that a brand new DLC will accompany the launch. We shared some important leaked details about this upcoming supposedly single player DLC a couple of weeks ago, and now we have some more leaked details to share. This time, the details hint towards possible Zombie missions, or mode. 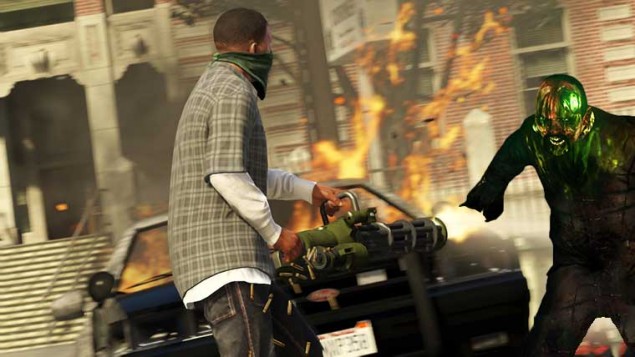 A couple of weeks ago, some details along with leaked media content emerged on the internet showing new strip clubs that are rumored to come with the upcoming GTA V single player DLC. Today, we have some more leaked details and rumors. Just like before, there are claims that the upcoming GTA V DLC will be exclusive to PlayStation 4 console, but we are not sure if this means only time exclusivity, or the inverse. It is also not confirm if this time, it is the same source that claimed this PS4 exclusivity previously.

The source behind these new details reconfirmed the casino/strip club DLC, which will allegedly add more than once casino, three minigames, new IAA missions, new Trevor missions, 12 new assassination missions, and more stuff to the game. We already know the names of casino games, but new details provide names for the assassination missions too. According to the source code, the names for missions come captioned assassin_skydive and assassin_cablecar. More names might be leaked in future.

Finally, we are on the main curveball that makes these newly leaked details interesting. The source code contains this string: "main_ZMB," and Gameranx speculates that this ZMB most possibly refers to zombies. If this leak is anywhere near to reality, then it looks like GTA V players should start preparing for a zombie apocalypse, and while it is not mentioned in the details, slight chances are that GTA Online will also get this DLC as well. 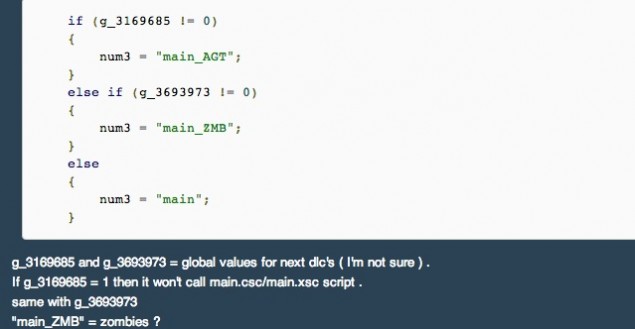 Of course, everything mentioned above comes all from an unknown source that has nothing to do with the officials, so while hoping for the best, we should take all this with a huge grain of salt and wait until Rockstar decides to announce anything officially. But yes, zombies make perfect sense for a game like GTA V, and more for GTA Online. GTA V is coming Q3 or Q4 of 2014 to PlayStation 4, Xbox One, and Windows, so we will soon know what is going on at Rockstar with the GTA V DLC.