Thanks to Kickstarter (and other crowdfunding platforms such as Indiegogo), many dead franchises have been brought back to life. One of these is certainly Ultima Underworld & Ultima Underworld 2, with the first game being particularly influential as it was the first truly 3D textured first person title. 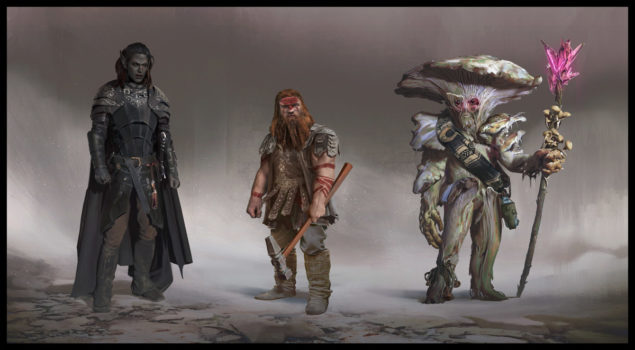 In early February, Otherworld Entertainment announced Underworld Ascendant after grabbing the rights to use all of the elements of the original Underworld games, save for the Ultima brand itself.

The project was successfully kickstarted with $860,356, though you can still pledge via PayPal on the official website and the total tally is now at $908,835, meaning that quite a few stretch goals were unlocked.

However, at that time Underworld Ascendant (powered by Unity 5) looked really rough from a graphics point of view. In just over six months, the game now looks really good judging from the prototype video published a few days ago on YouTube, especially when compared to the old physics demo from March.

In the prototype video, we hear the main character - who sounds like a young woman - figuring out how to get rid of a Shadow Beast. One of Underworld Ascendant's main features is in fact the so-called Improvisation Engine, which will allow players to use their imagination in combination with physics in order to solve both exploration and combat related issues. Here's how it was described on the Kickstarter campaign:

Do you enjoy the freedom of choice in sandbox games like Deus Ex or Elder Scrolls? The team at OtherSide in large part invented this style of experience with the original Ultima Underworld -- now they intend to take it to the next level.

At the heart of Underworld Ascendant's distinctive gameplay is the Improvisation Engine, which gives you an array of tools to think up your own ingenious solutions to challenges.

For instance, how to cross a subterranean river guarded by deadly lurker?

Underworld Ascendant's Improvisation Engine encourages you to experiment and unlock your creative potential. Devise clever techniques that even the game's designers haven't imagined yet!

Underworld Ascendant is currently scheduled for release on PC for November 2016. Stay tuned for more on this upcoming game.