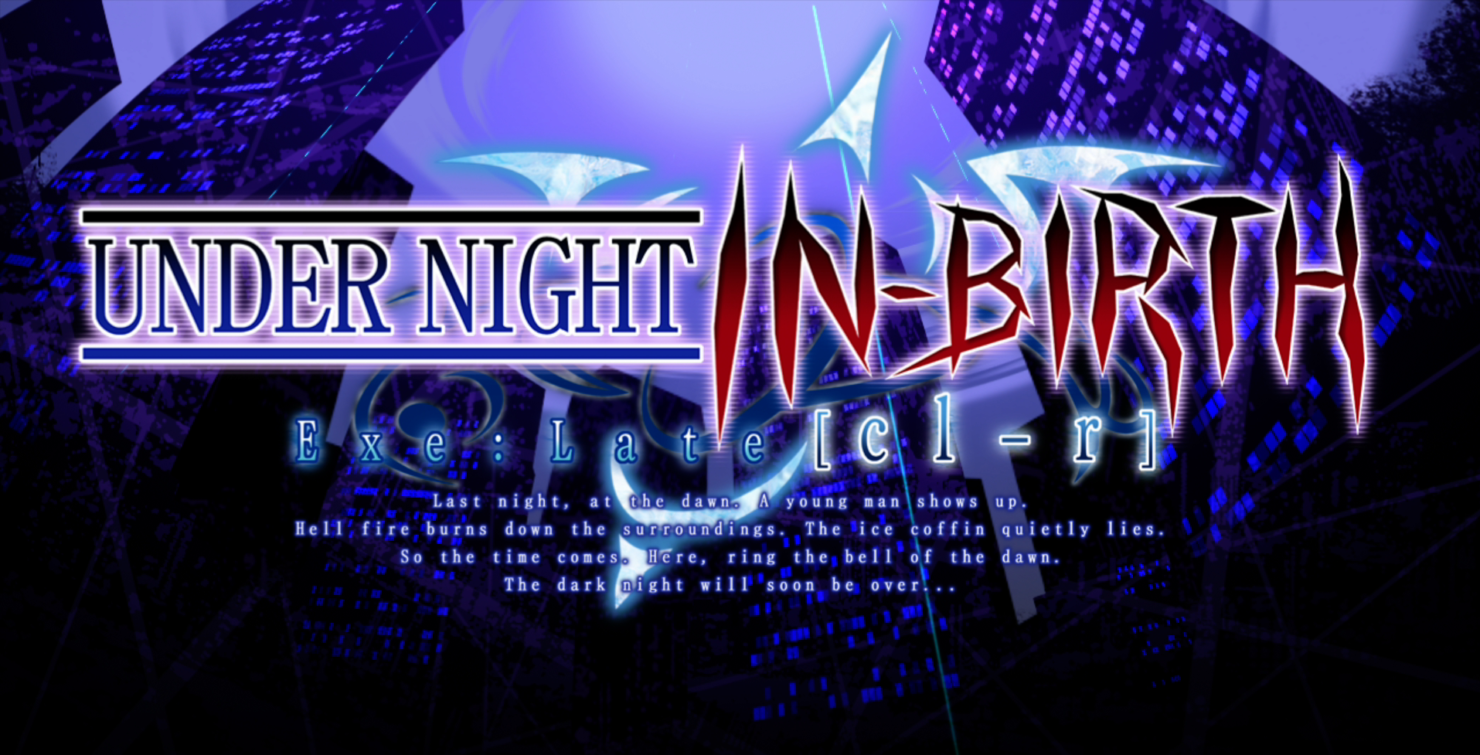 The absurdly stylized UNDER NIGHT IN-BIRTH Exe:Late [cl-r] is about to make its new console debut with an updated expansion, bringing with it a slew of new changes for the growing roster of characters and one brand new fighter. We recently had the exclusive pleasure of conducting one of the first location tests for [cl-r] at Game Arena Columbus as part of their weekly Friday gatherings. Among those that were able to test the upcoming release of UNDER NIGHT IN-BIRTH were SUGOI Juushichi and Suna19, two of the more prominent players in the Midwest region.

Again, this is incredibly important and one of the best reasons to check out and support UNDER NIGHT IN-BIRTH Exe:Late [cl-r]: *all* of the gameplay and balance changes will be completely free, regardless of whether or not you purchase the Upgrade Kit or additional character. The only piece of new playable content that you're missing out on is the twenty-first character to join the [cl-r] roster.

For the first hands-on demo of UNDER NIGHT IN-BIRTH Exe Late cl-r, we got to check out Suna_19 (Orie) face off against SUGOI Juushichi (Akatsuki) in a First-to-3 exhibition match. The general consensus among these two fierce competitors is that every character in the roster has gotten some new tricks up their sleeves and their respective mains have each unlocked some creative tools to make them deadlier than ever.

UNDER NIGHT IN-BIRTH Exe:Late [cl-r] is set to launch in North America and Japan on February 20th, 2020 for both PlayStation 4 and Nintendo Switch. While the previous version was available on Steam, US publisher Aksys has not confirmed a PC release at this time.

Are there any character-specific enhancements or new features for UNDER NIGHT IN-BIRTH Exe:Late [cl-r] you're interested in? Leave a comment below and let us know what else you'd like to see!