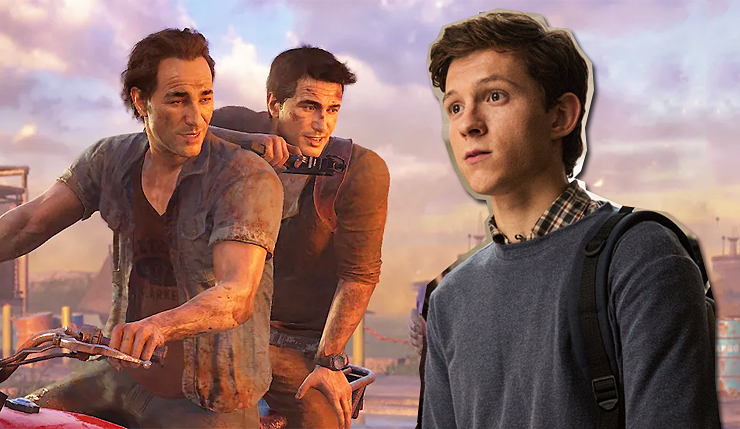 The Uncharted movie has had a long and troubled history, with the production shedding directors like a sheepdog – at various points David O. Russell (Silver Linings Playbook), Neil Burger (The Illusionist), Seth Gordon (Baywatch), Shawn Levy (Night at the Museum), Dan Trachtenberg (10 Cloverfield Lane) and Travis Knight (Bumblebee) have been attached to the movie. Reuben Fleischer (Zombieland, Venom) is said to be Sony’s current pick to direct the movie, and it seems he may be a keeper, because the Uncharted movie may begin filming in as soon as four weeks according to star Tom Holland.

Holland has a problem with letting things slip on red carpets, and this is what he had to IGN at the premier of Pixar’s new movie Onward.

If I'm honest, one of my favorite video games ever is [Uncharted 4]…unbelievable. And lots of the inspiration from the film has come from that game in particular. […] So yeah, we start shooting in like four weeks. Mark Wahlberg is going to be amazing as Sully. The stunt department that we have out there in Berlin have done an amazing job already, prepping the stunts, and it's going to be an exciting one.

There was definitely a lot of inspiration that came from the games, but it's a very young, fresh take on [Nathan Drake] because, obviously, we didn't get to meet him all that much when he was younger. But it's a pretty awesome movie, and it's global. We travel the world, we see some amazing places, and Mark Wahlberg and I are going to have a great summer together.

Now, given the Uncharted movie’s history, there’s a decent change it could all fall apart again, but for now, it definitely sounds like things are actually moving ahead. According to Holland the Uncharted script is one of the best he’s ever read, so hopefully it beats the video game movie curse, despite it’s rocky production.

The Uncharted movie is currently slated for a March 5, 2021 release date. What do you think? Are you excited to see Nathan Drake on the big screen?