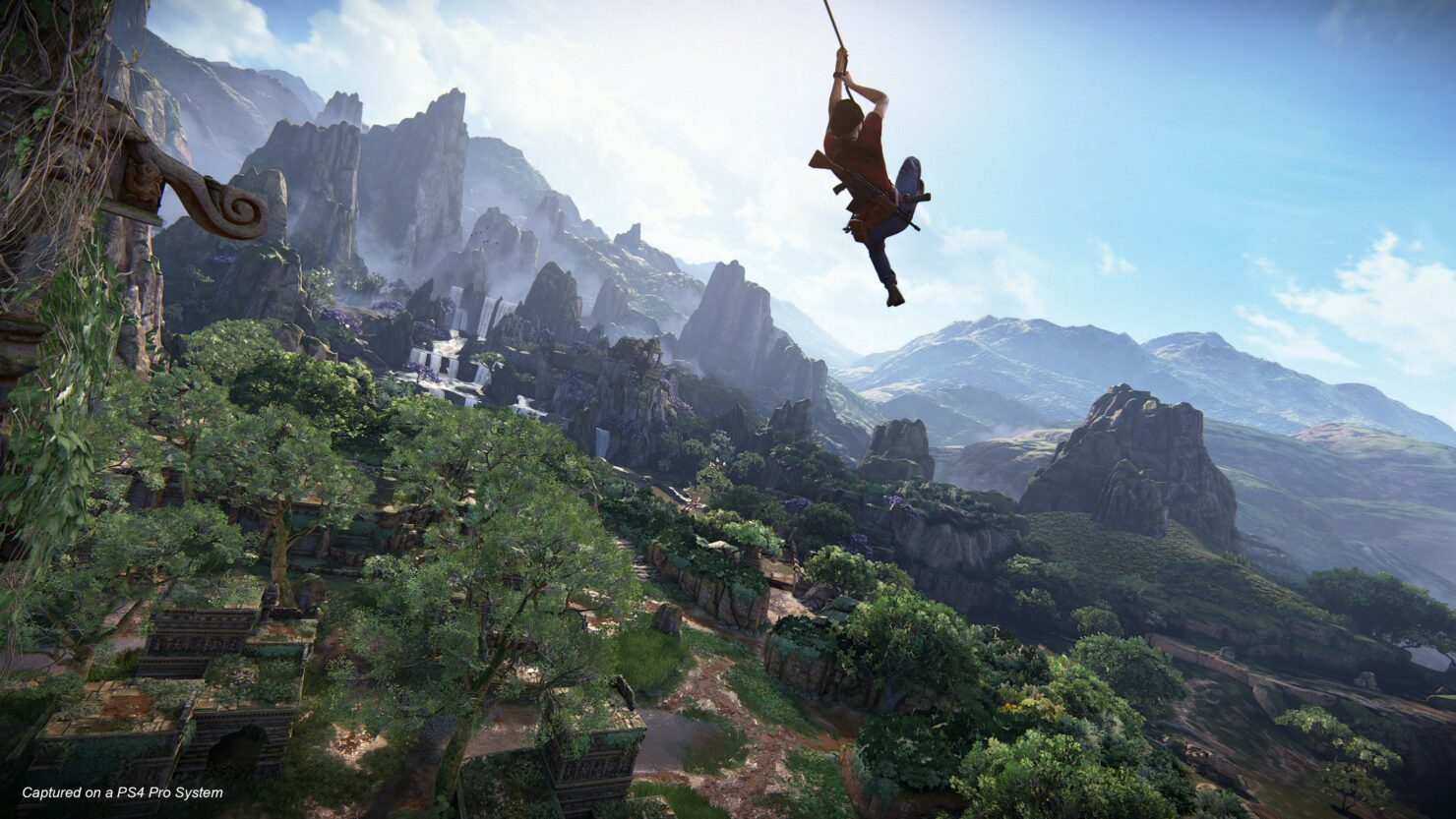 Uncharted The Lost Legacy, the new stand-alone entry in the series launching soon on PlayStation 4, received today some new gameplay footage as well as some gorgeous 4K screenshots.

The new gameplay footage, which can be checked out below, focuses on the Western Ghats region.

Watch Chloe and Nadine explore the Western Ghats in this gameplay trailer for UNCHARTED: The Lost Legacy—a new game from acclaimed developer Naughty Dog coming August 22 to the PlayStation 4.

In order to find an ancient Indian artifact, Chloe Frazer and Nadine Ross must venture deep into the Western Ghats mountains, discover the lost cities of the Hoysala Empire, and face a ruthless warmonger, Asav.

The new Uncharted The Lost Legacy screenshots definitely do a good job in showing how the game will look in 4K resolution. The screens have been taken on a PlayStation 4 Pro console.

Last month, Uncharted The Lost Legacy co-writer Josh Scherr confirmed that the game will not feature any reused asset from Uncharted 4. No major gameplay change is going to be in, but some tweaks have been made to combat and more.

We didn’t want to reinvent the wheel in terms of the gameplay mechanics, so what you have is similar mechanics but we’ve completely redone the animation movesets to… Nate is very loosey-goosey, and wildly flailing arms, and not particularly precise. Chloe and Nadine are a little bit more capable, a little bit more athletic than he is.

But at the same time, obviously, we didn’t necessarily want to throw in any new mechanics. We don’t want to have it where, ‘Chloe is faster but doesn’t aim as well’. It’s not like a multiplayer shooter.

Uncharted The Lost Legacy launches on August 22nd on PlayStation 4