Sony recently kick started its first-ever PlayStation Experience event with Naughty Dog’s upcoming highly anticipated action-adventure third-person shooter title known as Uncharted 4: A Thief’s End, and now the game is getting a special treatment at the event. Naughty Dog demonstrated different technical aspects of the game via a video panel at the event, showing how the latest visual enhancements make the upcoming title look absolutely beautiful compared to the previous games in the series and how Nathan Drake has evolved over time — both age wise and graphically — to look increasingly photorealistic. 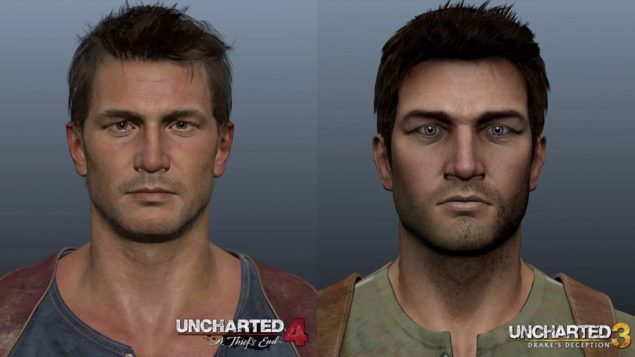 After presenting 15 minutes of Uncharted 4: A Thief’s End gameplay running real-time on the PlayStation 4 console, Naughty Dog conducted a panel, titled “Modeling Nathan Drake: Bringing an Iconic Character to PS4,” at the recent PlayStation Experience event, and revealed the new graphical features that the upcoming game boasts. The developer demonstrated the next-gen tech that is being used to bring Nathan Drake, the protagonist of the series, back to life, and make him look increasingly photorealistic in the upcoming game.

The video presented at the panel took users behind the scenes and gave an inside look at the visual and technical processes involved in creating the famous main protagonist of the Uncharted series, and modeling him for Uncharted 4: A Thief’s End using the power of Sony’s latest PlayStation 4 video game console. The new, higher fidelity 3D model mixed with the right blend of the new physically based shaders and improved lighting makes Nathan Drake look like charms on the PlayStation 4. The high-quality screenshots from the panel show how the new character model widely differs from those seen in the previous games in the series.

The shot of Drake’s model on the PlayStation 4 compared to his last model on the PlayStation 3, shared above, shows the little changes Naughty Dog’s art team made to bring about a whole new Drake to life. The Uncharted 4: A Thief’s End’s Drake model is clearly a bit older, grayer, and more photorealistic, and according to the developer, it has around 800 facial combinations, which is a great leap from Drake’s Uncharted 3 character model, which only had around 120 facial combinations.

Furthermore, the developer has intensified the little details by rendering more realistic facial and chest hair that respond to wind, and by broadening the appearance of veins and muscles on Drake’s arms. Uncharted 4: A Thief’s End will also take advantage of wind physics, which will allow Drake’s hair and clothes to react to in-game environmental changes such as wind or water drops. The developer demonstrated how the protagonist’s chest hair and half-tucked Henley shirt will react to the wind, which you can check out in the GIFs shared below.

You can check out the entire panel below.