Uncharted 4 is almost here and will release March 18th 2016, but that doesn't mean you can't get into the action sooner. In fact, there'll be a  Multiplayer beta made available to play coming December 4th through the 13th. Until then, however, take a look at the Uncharted 4 multiplayer reveal below, showing some very interesting action all captured in game.

Uncharted 4 gets a multiplayer beta this December and a number of interesting announcements.

Also announced at Paris Games Week are the inclusion of a few new things we hadn't heard about before. You can summon sidekicks, or NPC's, that provide you with support when the going seems a bit too tough. In addition, you'll be able to use mystical objects in battle to provide advantages of sorts, though that wasn't specifically covered.

Also, the melee system has been extensively re-worked so as to be more fluid and a better fit given the more powerful hardware. Hopefully we'll learn more details about the upcoming multiplayer beta and just precisely who can participate. It would fantastic if it were open to any and all similar to the Battlefront beta. 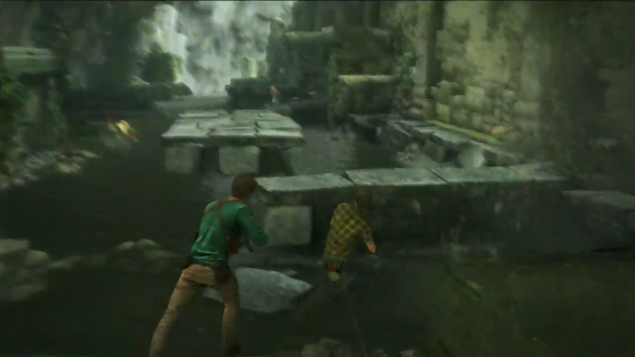