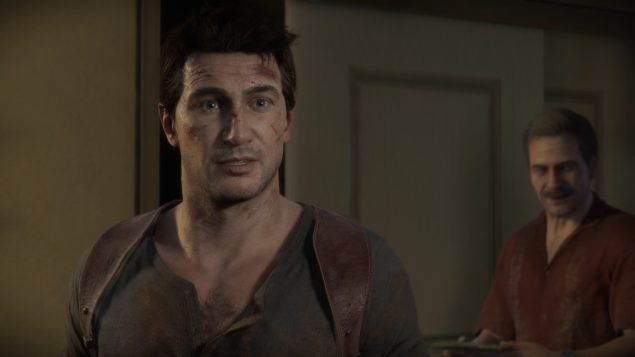 Naughty Dog just announced another Uncharted 4 delay on the official PlayStation Blog. This is a small one, though, as it moves the release date from March 18, 2016 to April 26(North America)/27(Europe)/29(United Kingdom).

Let’s start with the good news: Uncharted 4: A Thief’s End is wrapping up production and is shaping up to be the proper send off for Nathan Drake that we’ve promised you. The bad news is that we need a bit more time to finish the game so that it meets our standards and vision. Let’s cut to the chase, Uncharted 4: A Thief’s End has a new release date in North America of April 26, 2016.
This is our largest Uncharted game to date, and the team has been working incredibly hard to meet the challenge of closing out the game’s development in a timely manner. However, as we approached our final deadlines and started wrapping up the game’s levels, we realized that several key sequences needed extra resources to bring them to the finish line. After carefully considering all of our options, we decided to extend our schedule, making sure that we get a few more polish passes before submitting our gold master (the final disc for manufacturing).
Pushing the date is not an easy choice, and we wouldn’t do it if we didn’t feel in our hearts it’s the best course of action for the game. To you, our loyal fans, we hope you’ll accept our sincere apology. We know many of you have been waiting patiently for Nathan Drake’s final chapter, and now we humbly ask you to wait a bit longer.
On April 26, 2016 the most ambitious installment in the Uncharted series will be in your hands.

All in all, this is a minor inconvenience in the grand scheme of things. A little more polish can't hurt, though at this point the hype for Uncharted 4: A Thief's End is simply tremendous.

On the other hand, the latest Uncharted 4 delay might hurt another PlayStation 4 exclusive, Ratchet & Clank. The game has been pinned for April 12, 2016 for a while and now it will have to contend with Naughty Dog's blockbuster hit, due only two weeks later.

From this point of view, it would have been certainly better if Uncharted 4 could release in March. Let's just hope this doesn't translate in a Ratchet & Clank delay aimed at giving it more space...